by Carlie Reilly from San Diego, California in United States 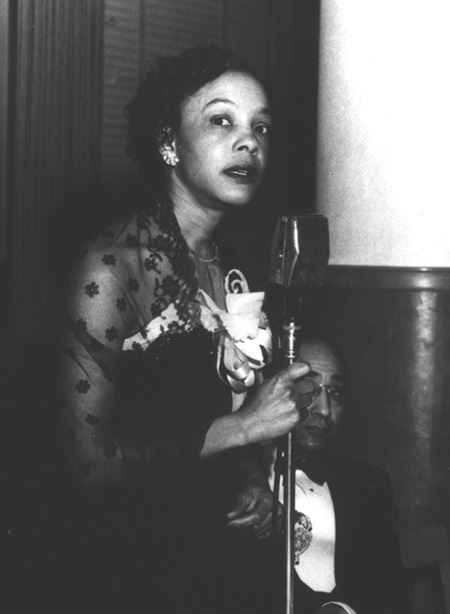 Mamie Phipps Clark speaking at public event.https://www.feministvoices.com “The racist system inevitably destroys and damages human beings; it brutalizes and dehumanizes them, blacks and white alike” (Emily Lenske, Prezi). Mamie Phipps Clark, being of ethnic minority, was immensely degraded; emerging her uprising research in psychology. Mamie Phipps Clark, an American psychologist, is most notable for her revolutionary research on African American children and their identity/self esteem ("Mamie Phipps Clark”). Focusing on ruling out racism, segregation, and racial prejudices, she took an interest in psychology - then conducted studies considering the toxic effects of racism. A hero must endow persistence and and brilliance to succeed with goals and valuing personal morals. Mamie Phipps Clark possessed perseverance and intelligence, making her a heroic figure.

Mamie Phipps Clarkhttps://www.feministvoices.com/mamie-phipps-clark During the Depression, when Mamie Phipps Clark grew up, racial segregation was vastly prevalent; she persevered and revolutionized psychology studies. After experiencing racial prejudices in high school, colleges offered even more inadequate choices for her education. “Clark graduated from Langston High School at seventeen, and despite the extremely meagre opportunities available to black students, she was offered several scholarships to pursue higher education” (Karera, Axelle “Psychology's Feminist Voices”). Clark grew up during the depression while experiencing a very segregated society. Compared to what white kids were offered,  she had very restricted opportunities. Racism was also very prevalent as she was growing up which may have caused her wanting to study the identity of African American children. Mamie was persevering in the matter that being black and being segregated against she was still offered scholarships to three very prestigious schools. Clark grew up in a very segregated place which caused her perseverance. I imagine that she started to study African American children and their identity due to this. She was brutally oppressed as a black woman during the depression and she persevered through it and was successful in her adult life; making breakthroughs in psychology studies. Growing up, Mamie Phipps Clark's father made a significant income from being a doctor, but being segregated against was still universally prevalent in everyday life.  “Despite her family’s social prominence, Mamie Phipps attended a segregated school and was “always aware of which way you could go, which way you couldn't go, and what you could do and what you couldn't do” (Scribner, Charles “Clark, Mamie Phipps”). Once again, Mamie Clark had to persevere through severe segregation in not only the community, but where she went to school. The quotes mentions how the school would essentially control where she could and couldn't go, which was a major part of racial segregation.  In her young life, racial segregation was a great obstacle for her, and she obviously, successfully persevered through it. This strongly exhibits how Mamie Phipps Clark obtained perseverance. She continuously persisted through racial prejudices that society stressed on ethnic minorities. She defied stereotypes and worked to rule out racial segregation driven by her perseverance. Overall, Mamie Phipps Clark grew up during the depression when society declared African American people as less than; Mamie Phipps Clark persevered through racial preconceptions and worked to stop it. 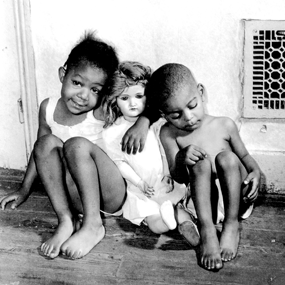 Mamie Phipps Clarks "Doll Experiment"https://infogram.com Mamie Phipps Clark combated racism; her intelligence and studies regarding psychological studies of African American children helped to resist racism and segregation in society.  “In 1943, Clark received her Ph.D. from Columbia University, making her the first black woman to earn a psychology doctorate at Columbia, and the second black person” ( “Notable Black American Women”). Clark was the first black woman to earn a Phd in psychology. She was very intelligent and conducted social experiences relating to her studies. She engaged herself in many studies and works to end racism and segregation. She discovered psychological breakthroughs and worked to rule out racism.  She was very intelligent and pursued excellence in what she did.  She conducted studies and experiments relating to her majors and discovered many things in the field of psychology. Earning a PhD is a huge factor of Mamie Phipps Clark's intelligence. Her intelligent studies that worked to rule out racism were also very heroic. “In 1938, Mamie graduated magna cum laude from Howard, received a graduate fellowship and began studying for her master's degree. Mamie became even more interested in developmental psychology during this time” ("Clark, Mamie Phipps." The Scribner Encyclopedia of American Lives). Mamie phipps clark undertook her interests and doing so she was very knowledgeable. As time went on while studying psychology she began to take more of in interest in it and became more educationally engaged. Her smarts paid off and she was successful in doing so. Clark's intelligent studies in what she believed in help aid society into becoming less dehumanizing and degrading towards people of ethnic minority. Her psychological breakthroughs were major for the community and herself.  Mamie Phipps Clark retains a great amount of intelligence that was prevalently shown through her studies and revolutionizing research. 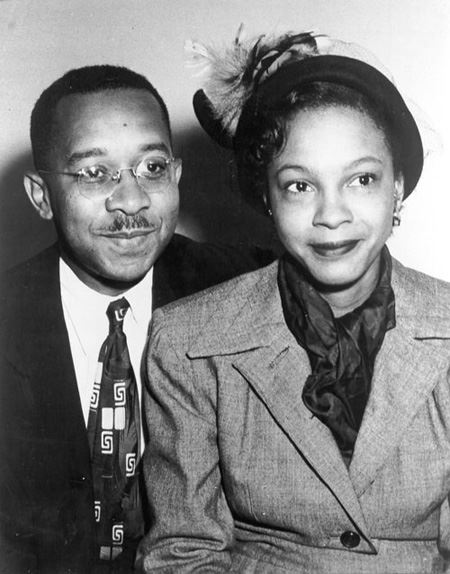 Mamie with husband Kenneth Clark.https://c250.columbia.edu Mamie Phipps Clark obtained dedicated and insightful character traits deeming her a hero. Clark had a goal that she chose follow and she tackled it successfully. This pioneering “research into the importance of self in black children, completed fifteen years before the Brown decision, paved the way for an increase in psychological research into the areas of self-esteem and self-concept,” according to Women in Psychology: A Bio-Bibliographic Sourcebook (1990). Her research is regarded as an important step in opening areas of inquiry in the evolution of developmental psychology”( “Mamie Katherine Phipps Clark (1917–1983)”). Being of ethnic minority herself, she strives to improve the lives of young children and their families being scrutinized in society. Mamie Phipps Clark research in psychology revolutionized the whole field and created an increase in psychological data. She was an African American, woman psychologist that served as an inspiration because she persevered through racial segregation, was remarkably intelligent and chased excellence her whole career. Her goal to terminate the corrupt society paid off and benefited the community greatly. Conclusively, Mamie phipps Clark utilized her hero-like qualities to combat the racist system through her transforming research in psychology, and stopped the prevalence of dehumanization and brutalization.