by Leo Lyons from San Diego, California in United States

In 1869, a Russian scientist named Dmitri Mendeleev arranged the elements that people discovered into an arrangement that he called the Periodic Table. He predicted that the elements found so far weren’t the only elements, so he left spaces open in the table for other scientists to fill in. Scientists started filling in this table, which got bigger and bigger. When French scientist Henri Becquerel discovered radioactivity, scientists started finding a lot more radioactive elements. Marie Curie was one of the scientists who studied radiation and radioactive substances. Curie had two teachers as her parents and did well in academics when she was young, with her sister helping her become a scientist. Over time, she won two Nobel Prizes, was the first to extract pure radium, and even helped injured soldiers in WW I.  Before that, though, she married Pierre Curie, eventually having two children, Irene and Eve. A hero must be passionate and motivating. Marie Curie is a hero because she was both a passionate and motivating scientist who was able to use both of these characteristics to find two new elements as well as learn about radioactivity. 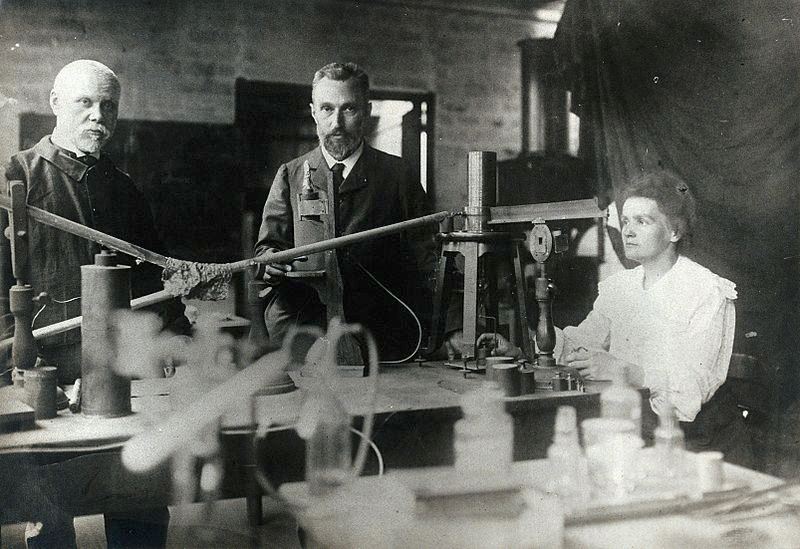 Marie and Pierre Curie in their laboratorySee page for author [CC BY 4.0 (https://creativecommons.org/licenses/by/4.0)]        After Curie theorized the existence of a new element found in an ore called pitchblende, “The Curies spent the bulk of their life savings to purchase waste ore from Czechoslovakian mines. They rented a leaky wooden shed in which they could refine the raw ore, and for the next four years they refined and purified the pitchblende, producing smaller and smaller samples that were more and more radioactive”(“Marie Curie”). Marie and Pierre spent most of their money just to buy ore to purify radium. This stopped her from using her money elsewhere and showed her dedication to purifying the element. The couple kept at their job for almost 4 years, showing even more how far they were willing to go and purify this element. While working on finding the new element, Marie’s schedule barely changed, even with a child. “Marie and Pierre Curie were inseparable, working side by side in the laboratory during the day and studying together in the evening. Even the arrival of their daughter, Irene, in 1897 barely interrupted their routine”(“Marie Curie”). Marie Curie and her husband worked so hard that even when they were taking a break from purifying, they still studied about science. Even when the Curies had a child, they still kept working just like they were before they had a baby. Babies take a lot of care and effort to raise, but they still found time to keep on working. Curie was passionate and determined about her field of work, and would constantly work on her scientific work for years even when she also taking care of a newborn, showing her passion for science. 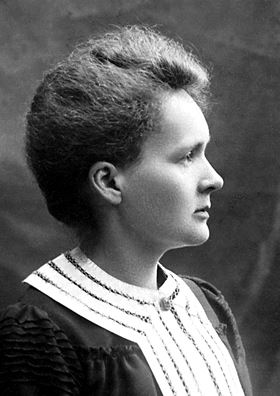 Marie CurieNobel foundation [Public domain]       Marie Curie was born into a kind family, but lived in rough times. When she was at home she wanted to go to school, but couldn’t in her home country, so she traveled to France. After Marie went to France to learn, she didn’t have a lot of money and had a hard time getting enough sleep. “Her meager savings barely covered tuition and rent for her one-room apartment; she often went for long periods without food and once fainted from hunger during class. Her enthusiasm for learning did not waver, however, and in 1893 she received a degree in physics, graduating first in her class”(“Marie Curie”). Marie didn't have a lot of money, but she was still able to cover her tuition and get an apartment to live in and learn. Curie, who was not doing so well because she was constantly going hungry, she was still able to learn a lot and eventually graduated at the top of her class. Also, after the death of her husband, the staff at the Sorbonne offered Marie a position in their university; she was the first woman ever invited to work there. “The faculty of the Sorbonne thereupon offered Marie the professorship held by her late husband. This appointment was officially confirmed in 1909, making her the first female faculty member of one of the world's most prestigious universities”(“Marie Curie”). The university offered Marie a position in one of the best universities in the world, and an important position at that. Considering where she started from, in a place where the rulers of the time suppressed the intellectuals, she surpassed all expectations. Her situation provides inspiration to people who had a rough start in life. She was also the first woman that the Sorbonne accepted into their university, because men treated women with less equality then they do now, which provides inspiration to women who couldn’t follow their dreams because of social norms. Curie had the odds stacked against her but was still able to climb to great heights, giving motivation to those in similar situations. 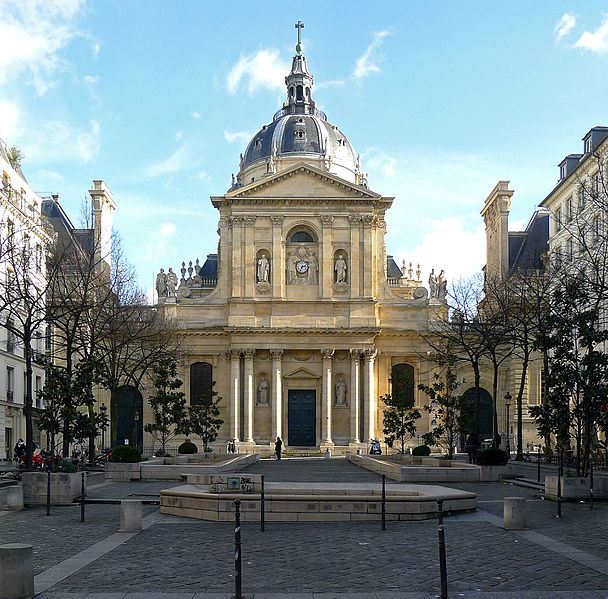 The Sorbonne UniversityMbzt [CC BY-SA 4.0 (https://creativecommons.org/licenses/by-sa/4.0)]        Marie Curie is a hero because of her intense passion for science and the motivation that she gave to people. She was able to extract two new elements, worked with radioactivity, and helped break down the image in which women weren’t successful in science. She started in bad conditions, with the social standards against her, but still ended up doing amazing things. Overall, she ended up being very successful and helped the field of science a lot, and showing to the world her passion and that women can be just as good at their jobs as men, if not better.