by Rachel Parsons from Woodland Hills, California in United States 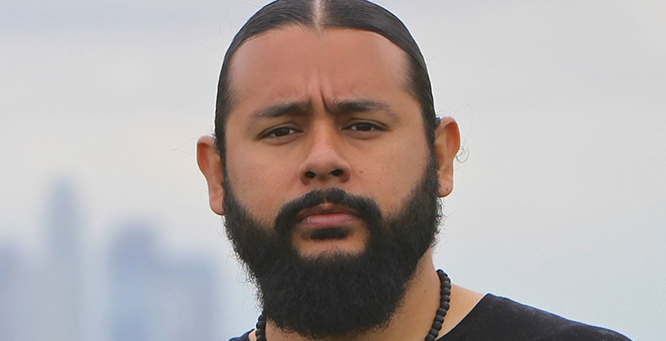 Imagine not being able to play outside all summer. Or any other time of year, for that matter, when you live in a place that is warm and sunny all year long.

That is what hundreds of children have faced for years in a neighborhood in Southeast Los Angeles because the ground in their yards was poisonous.

For more than 30 years, a battery recycling plant in Vernon, just outside Downtown Los Angeles, let lead-contaminated pollution into the air. The toxic chemicals settled into the soil, creating conditions that cause brain-damage and cancer, among other illnesses, according to investigative reporting by the Los Angeles Times.

It took many years before people realized why they were getting sick.

Environmental activist and community organizer mark! Lopez was born and raised in East Los Angeles. He knew the neighborhoods around the plant and could see that something had to be done. No one outside the neighborhoods affected seemed to be paying attention. No one seemed to care.

He was raised in what he called “the movement.” Generations of his family had fought for environmental and social justice in East L.A. for decades. He had seen the power of people when they work as a group and took his grandmother’s example of action and leadership to heart.

Lopez left Los Angeles to go to college in Santa Cruz, California, where he earned a degree in environmental studies. He came home to L.A. armed with more knowledge and more activist experience. That’s when his grandmother told him that the plant spewing lead into the air was still operating.

He began organizing rallies, educating residents, going to government meetings, and knocking on doors in the neighborhood to motivate the entire community to make the state test the soil in their yards for lead.

He joined East Yard Communities for Environmental Justice and the group worked fiercely to hold government accountable for helping Vernon and other areas surrounding the plant.

When California finally began to test soil in people’s yards for lead contamination, it was much worse than expected.

Although the federal government made a deal with the plant to shut it down in 2015, it did not do enough to ensure the people of the community were safe from the toxic effects that can last for many years; neither did the state of California. People were still sick. Children still had to stay indoors.

Lopez saw that even more was needed. It wasn’t enough to test the soil. That proved the problem was massive, but it did not fix it. The East Yard group began a new campaign. It had to convince California’s government to remove all of the contaminated dirt. It would be an enormous project and enormous expense.

“There’s never been a cleanup of this magnitude,” Lopez said in the documentary. He added that at least 10,000 homes have been affected.

But he has been working tirelessly along with the rest of East Yard and members of his community, and his work is beginning to pay off. Lopez’s heroic leadership helped bring Vernon’s problems into the spotlight. In 2017 California’s governor announced millions of dollars in aid to help pay for the removal of poisoned soil in the ground so one day children can play outside again.

For his work, Lopez won the prestigious Goldman Environmental Prize for North America, an important international honor that celebrates everyday heroes around the world for their environmental activism.

The Goldman Prize asked Tom Dusenbery to make a short film about Lopez’s work, and that’s how “The Community They Fight For” was created. The film won the My Hero International Film Festival’s environmental prize for 2017.

Dusenbery hopes that his films will embolden normal people to take the kind of action Lopez and the other members of East Yard have.

“My fondest wish is that audiences will be inspired to look around at environmental issues in their own communities and be prompted to work at a simple grass-roots level, while making an effort to encourage others in their area … I believe that the visual medium, particularly video or film, is the most powerful tool we have to effect change.  Especially now, that nearly everyone has the means to pick up even a smart phone to record and document [the problems], the sheer volume of issues that can be brought to light is quite staggering.”