Master Gunnery Sergeant Harry Dreany's Promotion CeremonyLori SimmsNot all heroes look the same. Not all heroes save the world. Not all heroes are famous. My father, Master Gunnery Sergeant Harry Dreany didn’t save the world, but he is my biggest hero. He exemplifies the notable qualities of open-mindedness, perseverance, and selflessness. Just recently I witnessed his promotion from Master Sergeant to Master Gunnery Sergeant. There wasn’t a crowd of thousands of people there to see him while being broadcasted on live television. Instead there were about twenty people there who watched the humble ceremony. They all showed their support for him and as I looked across their faces I could see the sheer joy that they shared for my dad. My dad was there for those people, helped them when they needed, supported them throughout their experiences, and gave them his best self. The amount of loyalty that these people had for my dad is unmatchable. 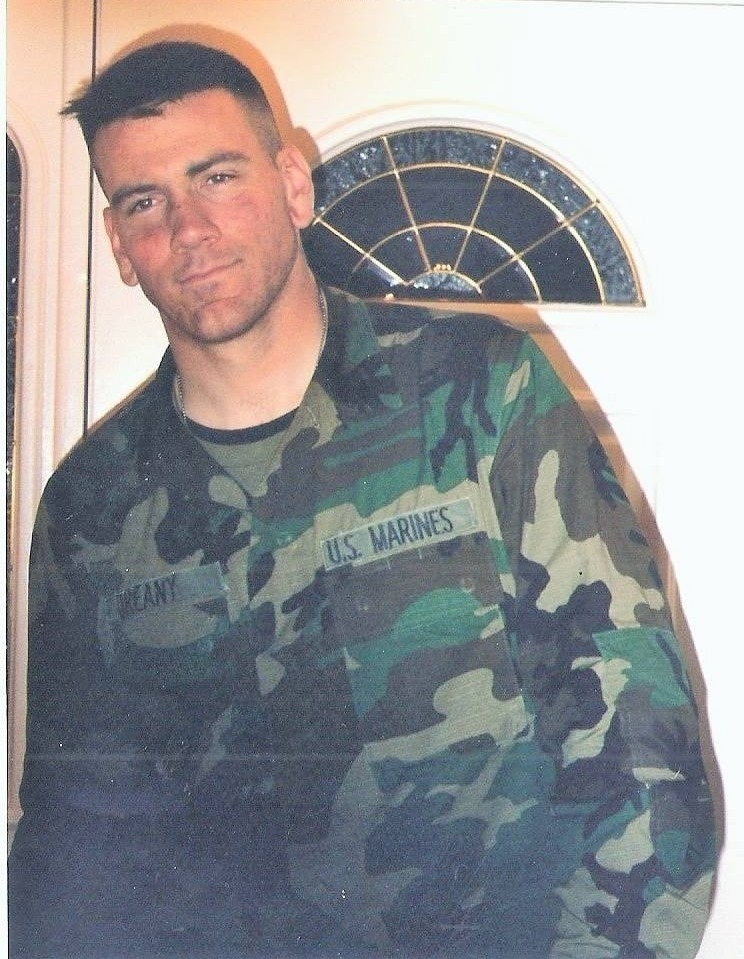 Harry Dreany Lori SimmsWhile deployed overseas, and now in his everyday life, my dad’s open-mindedness is an admirable trait that he embraces to make him a better leader. Harry had many responsibilities while in Iraq and Afghanistan. Specifically in Afghanistan, he was in charge of planning and executing all of the regimental engineer missions. He had to design and execute all engineer projects with the regiment. When asked, “What quality about yourself helped you to be the most successful as a leader?” Harry answered with his ability to listen to the problems that were presented to him and working with others to solve problems. These missions in Afghanistan had to be carried out by around five hundred Marines. Other Marines looked up to my father because he was able to listen to all possible solutions to an issue and engineer the best way to solve the problem. 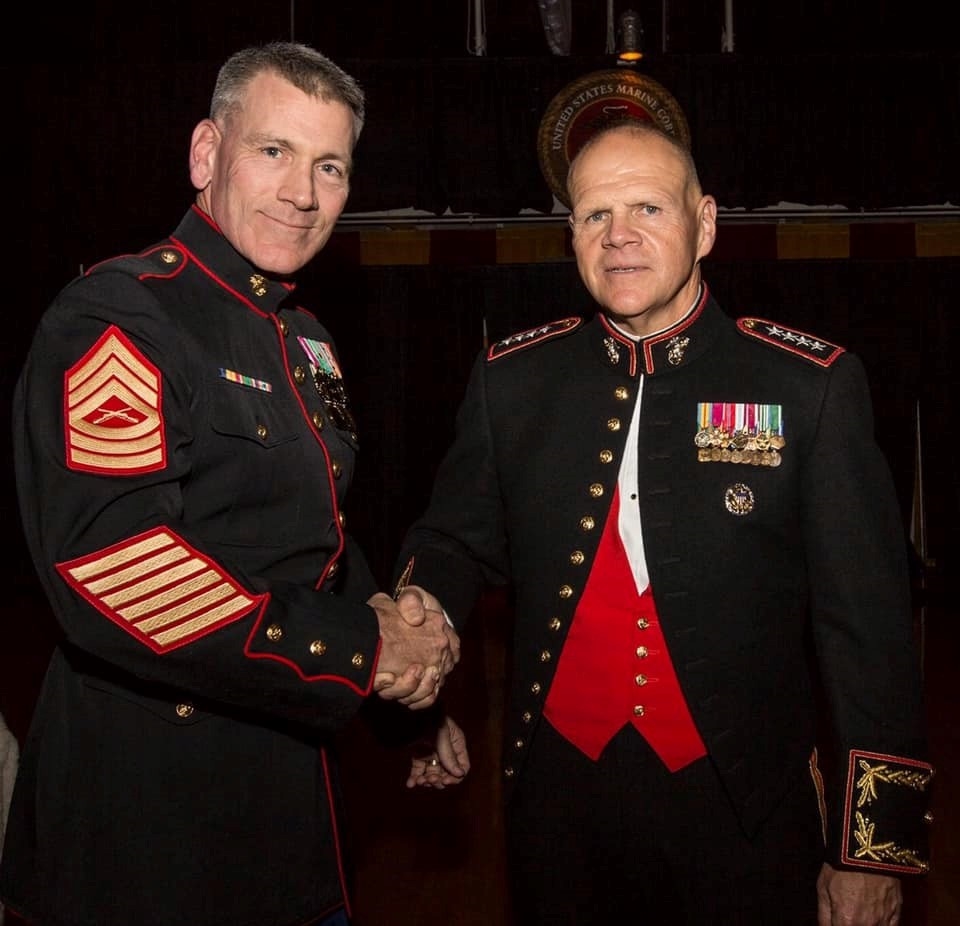 Harry Dreany with the Commandant of the Marine Corps Lori SimmsIf anyone’s lifestyle could define selflessness, it’s my dad’s. My father always puts himself before others. He makes sacrifices for his family and friends. People can always depend on him to put their needs before his. He joined the Marine Corps while he was still in high school. He wanted to serve in the Gulf War, not knowing that it would end in the same year before he graduated. At this time U.S. troops were still being deployed to Saudi Arabia to serve and protect it against Iraq (Office of the Historian). He was excited to serve his country and fight for those who can’t. Harry could not be selfish during deployment. He always had to make decisions that would best solve the problem taking into account as many things as possible. His selflessness makes him a great leader that I look up to.

My dad experienced many hardships while deployed. He had to persevere through intense physical and mental challenges that required determination to overcome. On January 26, 2005 my dad lost four men in Iraq under Operation Iraqi Freedom. They were ambushed on a mission that night. I asked him what the hardest part about being in Iraq and Afghanistan was and he said “when I couldn't keep people alive.” He had to move on the next day and complete the mission at hand regardless of what happened the day before. Being able to persevere after these experiences shows immense amount of determination and mental strength. In March of 2007. CNN conducted an interview with my dad and at the time, Staff Sergeant Sprano, and the four men’s families. Tom Foreman, the host of the television episode, asked my dad “What should history know of these Marines?” My dad recognized the heroism in them and responded with “You know, I don't know what their political beliefs were. And I don't know how they felt about, you know, why we were there. But it really didn't matter. All that mattered was they were serving their country, they were serving their corps, and they were serving their brothers. And -- they will forever be heroes, not just because they died but because of how they lived.” Not only is my dad a hero, but he is able to recognize the heroism in others. 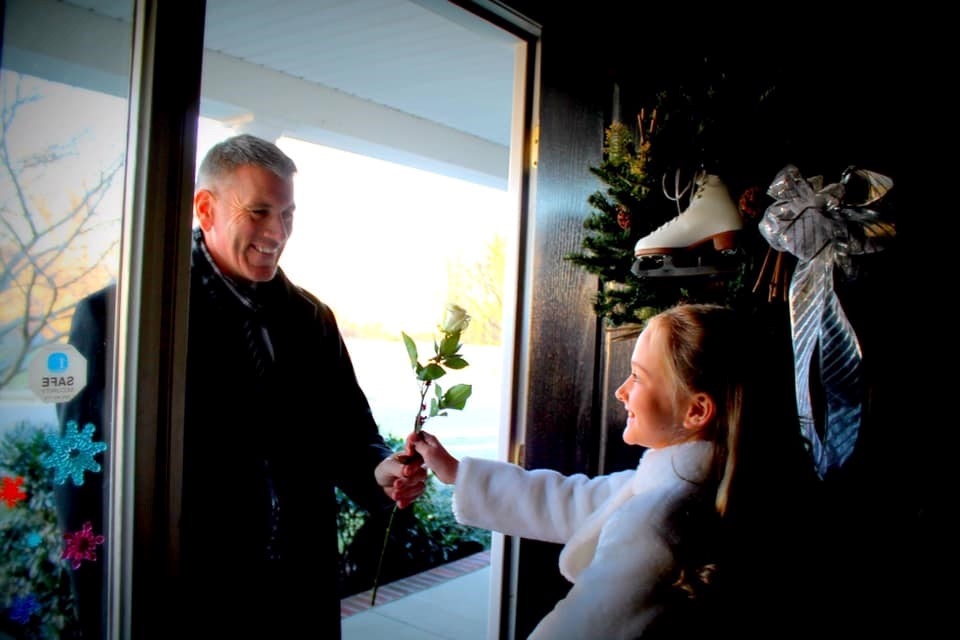 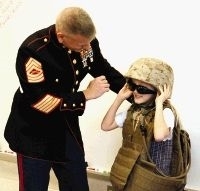 Charlotte Dreany (2nd Grade) and Harry DreanyFree Lance StarI am lucky to have such a great role model in my life. My dad never disappoints me and I look up to him everyday. Even when he is going through hard times, he always has the time to help me out no matter what. He pushes me to be the best person I can be. He is there by my side even when times are tough. The amount of dedication that he has to his family is so admirable. His open-mindedness, perseverance, and selflessness not only make him good at his job, but they make him the best dad that a girl can have.