APRIL 26, 2020 - HONOLULU (AP) — When a curfew goes into effect each night for one county in Hawaii, the mayor gets bored -- and posts videos on social media. 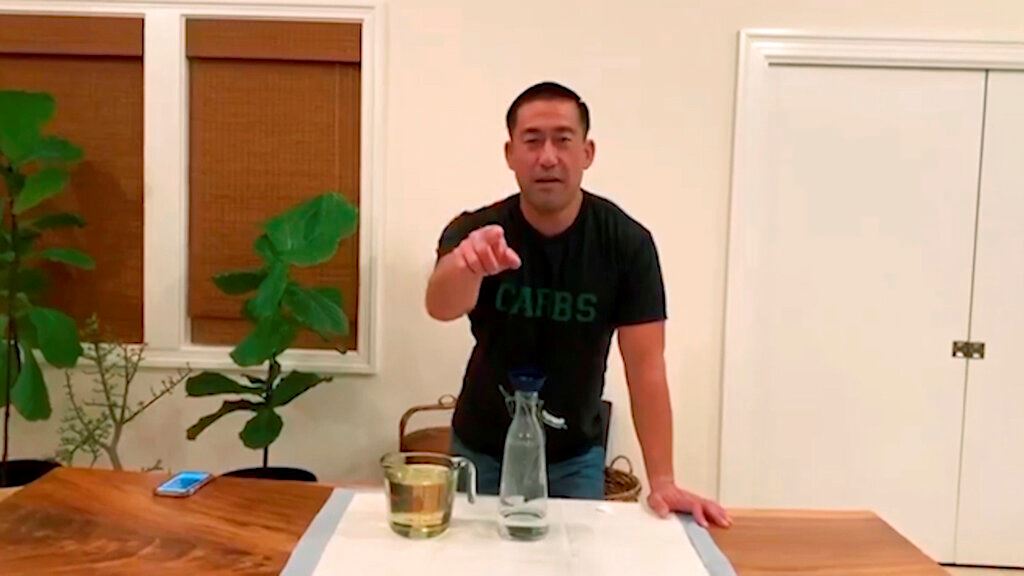 In this April 11, 2020 image from video, Kauai Mayor Derek Karakami introduces his latest "Stay Home, Kauai" video aimed at keeping his county informed and entertained after implementing a curfew to help curb the spread of coronavirus.Derek Kawakami via AP

And his constituents? They're entertained.

"Our Mayor is bettah than yours!!" one woman commented, responding to Kauai Mayor Derek Kawakami's stiff but earnest version of the Renegade to the rap song "Lottery," one of the most popular dances on social media.

In other videos, posted to his personal Facebook and Instagram accounts, he creates a mask out of a T-shirt and makes ice cream.

Even before Gov. David Ige issued a statewide stay-at-home order to curb the spread of the coronavirus, Kawakami set a 9 p.m. to 5 a.m. curfew for his county, which includes the islands of Kauai and Niihau.

The videos, the 42-year-old mayor explains on Facebook, are meant to "break the boredom together as a community." And they seem to have succeeded.

As of Monday, a video he posted April 4 of him dancing generated more than 2,000 shares and more than 400 comments on Facebook.

"And if you're wondering why I'm out of breath and why I'm sweating," he says after his Renegade dance, "because that was like take 1,022."

Kawakami also uses his videos for some serious commentary, including demonstrating the proper way to remove disposable gloves, which he's seen left behind in shopping carts and baskets.

"And please folks throw your opala away," he says, using the Hawaiian word for trash.

"We no leave our trash for somebody else pick up," he says in Pidgin, Hawaii's creole language that he slips in and out of easily, reflecting his island roots.

"I LOVE all your postings!" a woman commented on a video. "So fun, so caring, so empathetic, and a blessing to us all, even us who live on Oahu!!!"
Kauai resident Michael Miranda said the videos show a human side to the mayor. "On the policy side, I appreciate all the hard decisions he's been making," Miranda said.

Miranda said Kawakami seemed to be "a couple steps ahead" of Hawaii's other counties -- discouraging tourists from visiting Kauai, even before a statewide 14-day quarantine for travelers arriving in Hawaii went into effect.

For most people, the coronavirus causes mild or moderate symptoms, such as fever and cough that clear up in two to three weeks. For some, especially older adults and people with existing health problems, it can cause more severe illness, including pneumonia, and death. The vast majority of people recover.

Popular Honolulu Star-Advertiser columnist Lee Cataluna wrote earlier this month that Kawakami "has emerged as one of the most decisive and blunt political leaders in Hawaii" during the pandemic.

Many comments suggest he should be Hawaii's next governor. He said he's not thinking about his political future.
"Throughout this whole challenging event, all that it's done for me is further solidified my heart where I belong," he said. "And right now, it's here on Kauai."
___
While nonstop global news about the effects of the coronavirus have become commonplace, so, too, are the stories about the kindness of strangers and individuals who have sacrificed for others. "One Good Thing" is an AP continuing series reflecting these acts of kindness.

Share your hero stories on the MY HERO Guestbook