ALL LIVES
HAVE EQUAL VALUE

we are impatient optimists working to reduce inequity 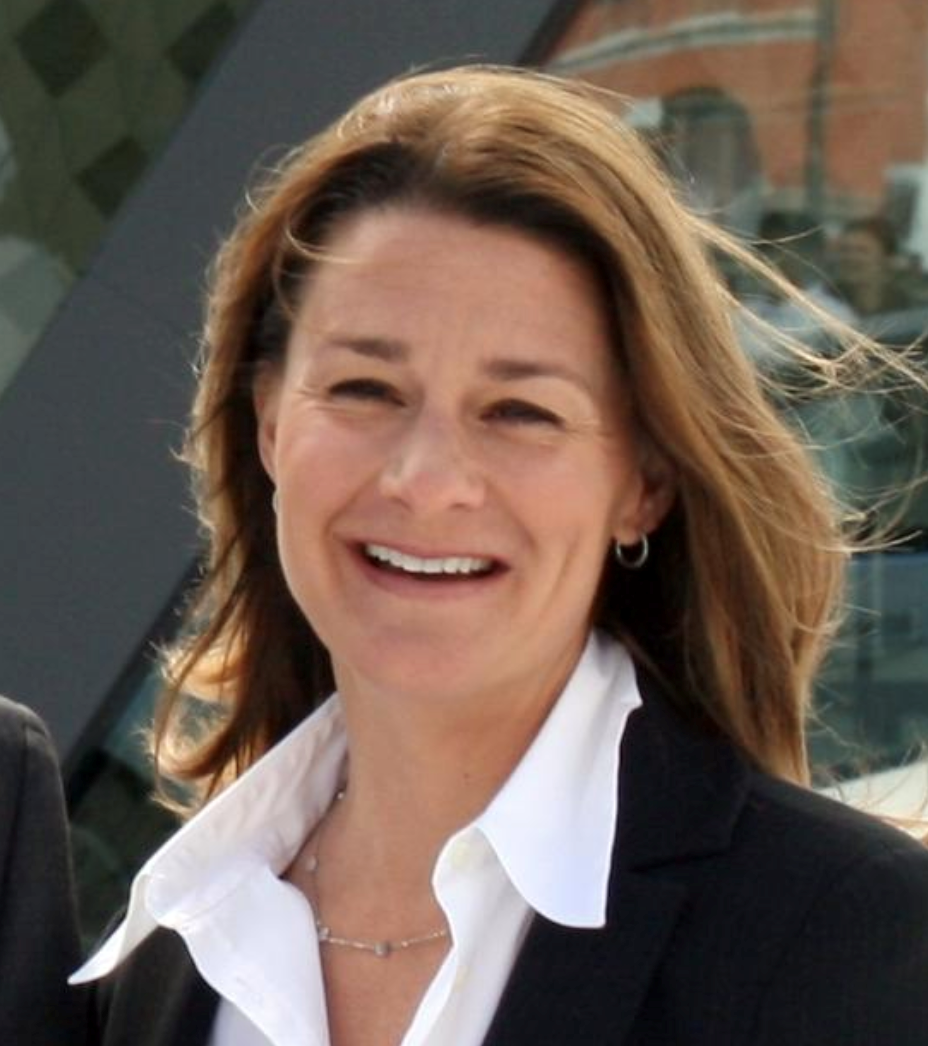 Melinda GateswikimediaIt’s quite amazing to witness the work of Melinda Gates, her focus and dedication has been to helping women come into, and retain, their power in whatever way that means to them. Melinda's goals: “...to break down the barriers that prevent so many people, especially women and girls, from reaching their full potential. In addition to my focus on the foundation, I’m learning about the rapidly changing world of work and how outdated cultural norms about men's and women's roles at work and at home are preventing many people from thriving personally and professionally. I believe in the power of diversity to supercharge innovation across our economy and world.” 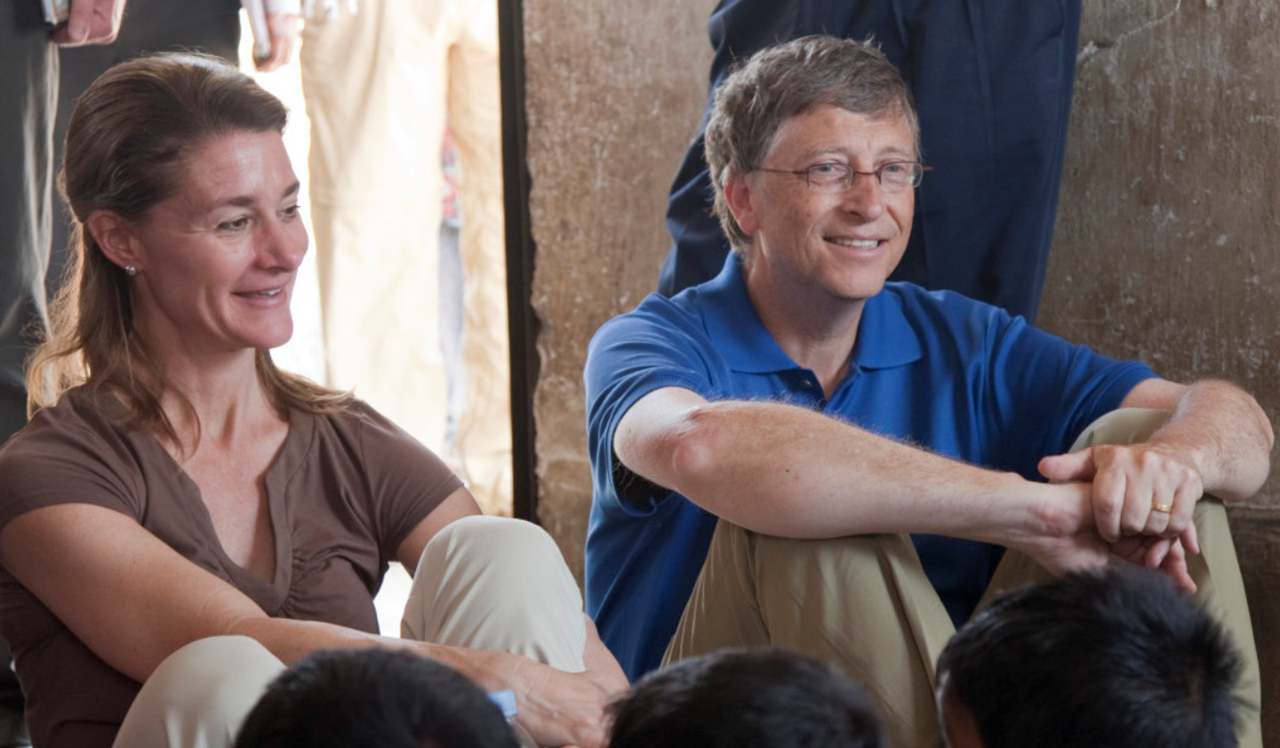 Melinda and Bill Gates in the fieldgatesfoundation.orgIn their 2018 Annual Letter, Bill and Melinda Gates speak about their optimism even though the news headlines scream about all that is going wrong.  They said: “But being an optimist isn’t about knowing that life used to be worse. It’s about knowing how life can get better. And that’s what really fuels our optimism. Although we see a lot of disease and poverty in our work—and many other big problems that need to be solved—we also see the best of humanity. We spend our time learning from scientists who are inventing cutting-edge tools to cure disease. We talk to dedicated government leaders who are being creative about prioritizing the health and well-being of people around the world. And we meet brave and brilliant individuals all over the world who are imagining new ways to transform their communities.”

And a lot of those “brave and brilliant individuals” just happen to be women. 2018 marks the 10th Annual Letter from the Gates, so they decided to answer 10 tough questions people ask them. One of them, “What happens when the two of you disagree?” brought some interesting insight from Melinda. Part way through her answer Melinda said: “When Bill first came over to the foundation from Microsoft, he was used to being in charge. I’d stayed home with our kids, so I was restarting my career. There were times I felt that disparity—in meetings when I was reticent and he was voluble, or when the person we were meeting with looked toward Bill and not me. It’s always been important to us that we are equal partners in our foundation’s work. We’ve learned over time to give each other feedback at home about times in the office when we didn’t meet that goal.

Melinda Gates working with womenMelinda Gates FacebookGradually, I’ve focused more and more on gender issues, because I’ve seen repeatedly that the more empowered women and girls are, the stronger their communities are. As I’ve thought more deeply about equality for women around the world, I’ve been proud that Bill and I have achieved it in our life together.”

In March of this year, Melinda Gates announced a new $170 million plan over the next four years to fund women’s equality around the world. With seemingly endless reports of increases in violence against women and sexual harassment, Ms. Gates stated, “The norms that allow these abuses are the same ones that dis-empower the poorest women, and only when they are dismantled across the globe will all women and girls be able to lead the lives they want.” She said, “It’s time for a new era for women.” What does that mean? She continued in an op-ed for Quartz, “With a new focus on women’s economic empowerment, connecting women to markets, making sure they have access to financial services, and empowering them to help themselves, we aim to help tear down the barriers that keep half the world from leading a full life. Simply put when money flows into the hands of women who have the authority to use it, everything changes.” 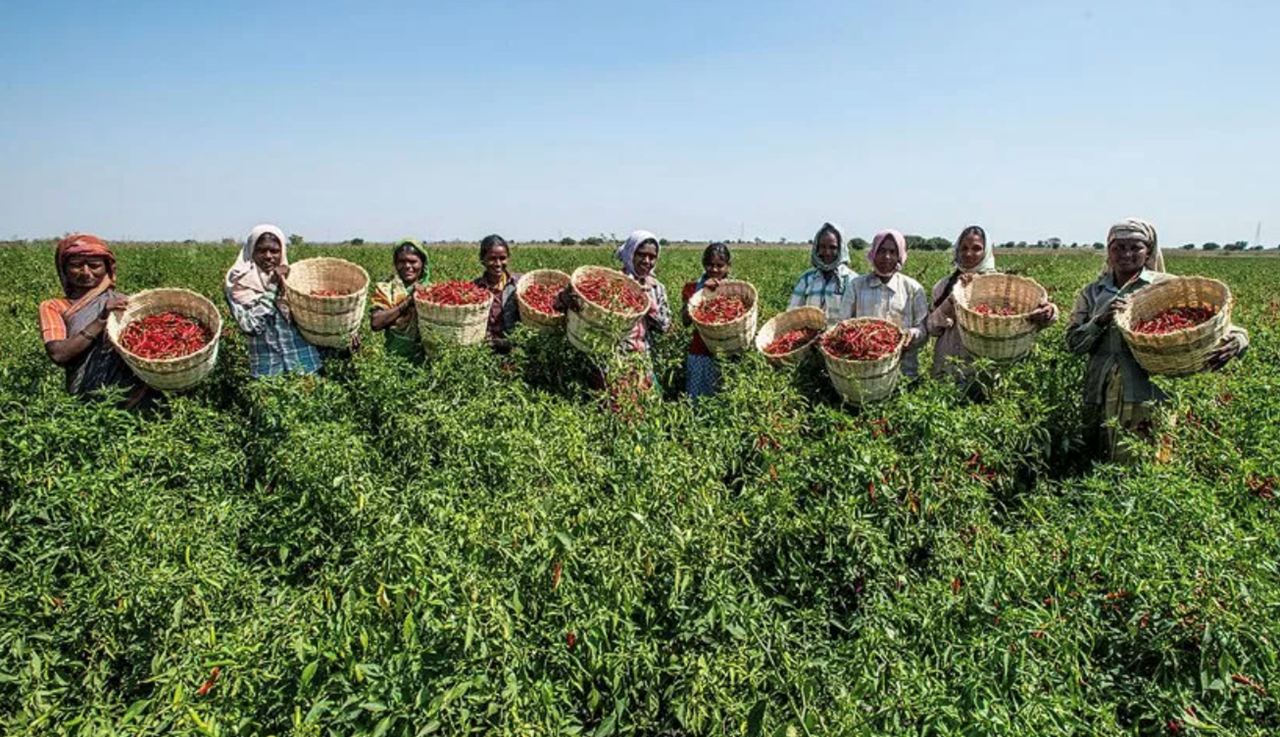 Farming horticulture in IndiaAsian Development Bank, WikimediaThere are four ways the Bill and Melinda gates Foundation will facilitate the sharing of these funds. 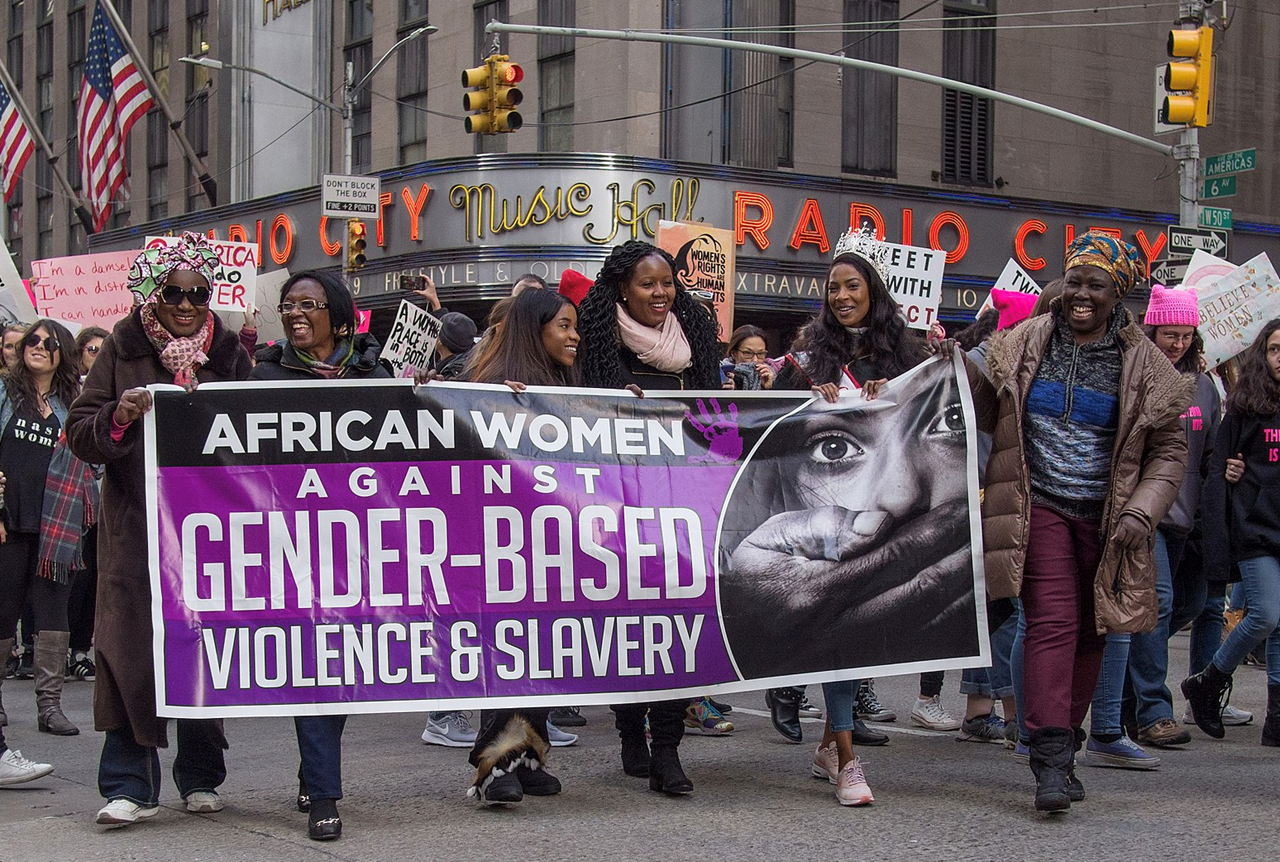 Women's March 2017Wikimedia CommonsThere has been a visible rise of women and women’s movements around the world, especially in the past 18 months. In response, the Gates Foundation has committed $20 million over three years to Women’s Movements globally. At an event in New York last September Melinda Gates told the gathering, “For most of history, women haven’t had equal access to formal structures of power. So they’ve gotten good at taking matters into their own hands and forming movements for change.” She continued, “Every women’s movement has its own context and its own goals. But there’s one thing they all share: they’re driven by local leaders who have a deep, personal stake in the problem, and know better than anyone how to solve it.” When asked why this work with women and girls is important to her, Melinda told FORBES online, “When we started the foundation, I had no idea empowering women and girls was going to be my life’s work. But then I started traveling to the world’s poorest places and meeting the women who live there. I carried so many of their stories home in my heart. A woman named Maryanne who told me she wants to give “every good thing” to her children. A woman named Anna who borrowed money from other women to start a small business that could lift her family out of poverty. A woman named Neelam who endured impossible things but vowed to fight for women as long as she’s alive. I couldn’t turn my back on these women—because I truly believe that through their everyday acts of courage and hope, they’re the ones who are changing the world.” 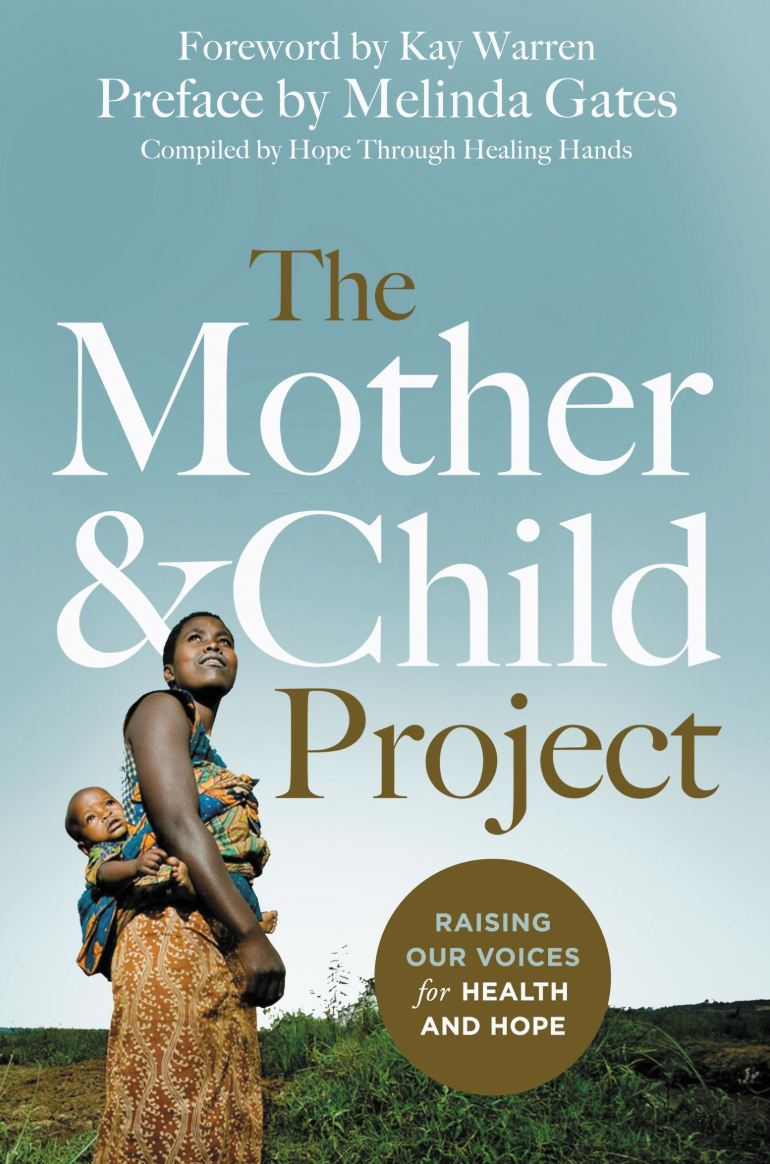 Book Cover The Mother and Child ProjectHope Through Healing Hands FoundationMelinda Gates can only do so much and now it’s time for all of us to help pull the rope. She wrote the preface for the book, The Mother and Child Project, compiled by Hope Through Healing Hands Faith-based Coalition to shine a light on Healthy Mothers and Children Worldwide. The Bill and Melinda Gates Foundation features a HEROES section and Bill says, "I wanted to call attention to some heroes among us. They are just a few of the many people using their talents to fight poverty, hunger, and disease and provide opportunities for the next generation. To all of them, wherever they are, let me say thank you. The world is a better place because of what you do. Here are the stories of five of these heroes. Their lives inspire me. I hope they’ll inspire you too."

Melinda suggested an organization (see in links) called Prospera, an international network of women’s funds, as a way for all of us to get involved. Also, to pay attention to what is happening in the news, in your own communities and to lend a hand where you are with what you have to offer. The world will be a better place, not just for women and girls but for all of us.

Thank you Melinda Gates for all you do and co-create, to make our world a much better, more prosperous and sustainable world for all.

Bill and Melinda Gates Foundation - We work with partners worldwide to tackle critical problems in five program areas. Global Health, Global Development, Global Growth and Opportunity, U.S. Division and Global Policy and Advocacy Division.
PROSPERA International Network of Women's Funds - Prospera is the hub of a dynamic, global movement of women's funds, philanthropic organizations driven to change the world for women, girls, trans* people, and their communities.
JOIN US IN HELPING CHANGE THE WORLD - We work with partner organizations to help solve the world’s most challenging problems. Click this link and find out how you can get involved.
Melinda Gates - Keep up with Melinda Gates on her FACEBOOK wall