by Shannon Luders-Manuel from Los Angeles, California in United States

I don't think there's anything wrong with being proud of who you are and celebrating that. 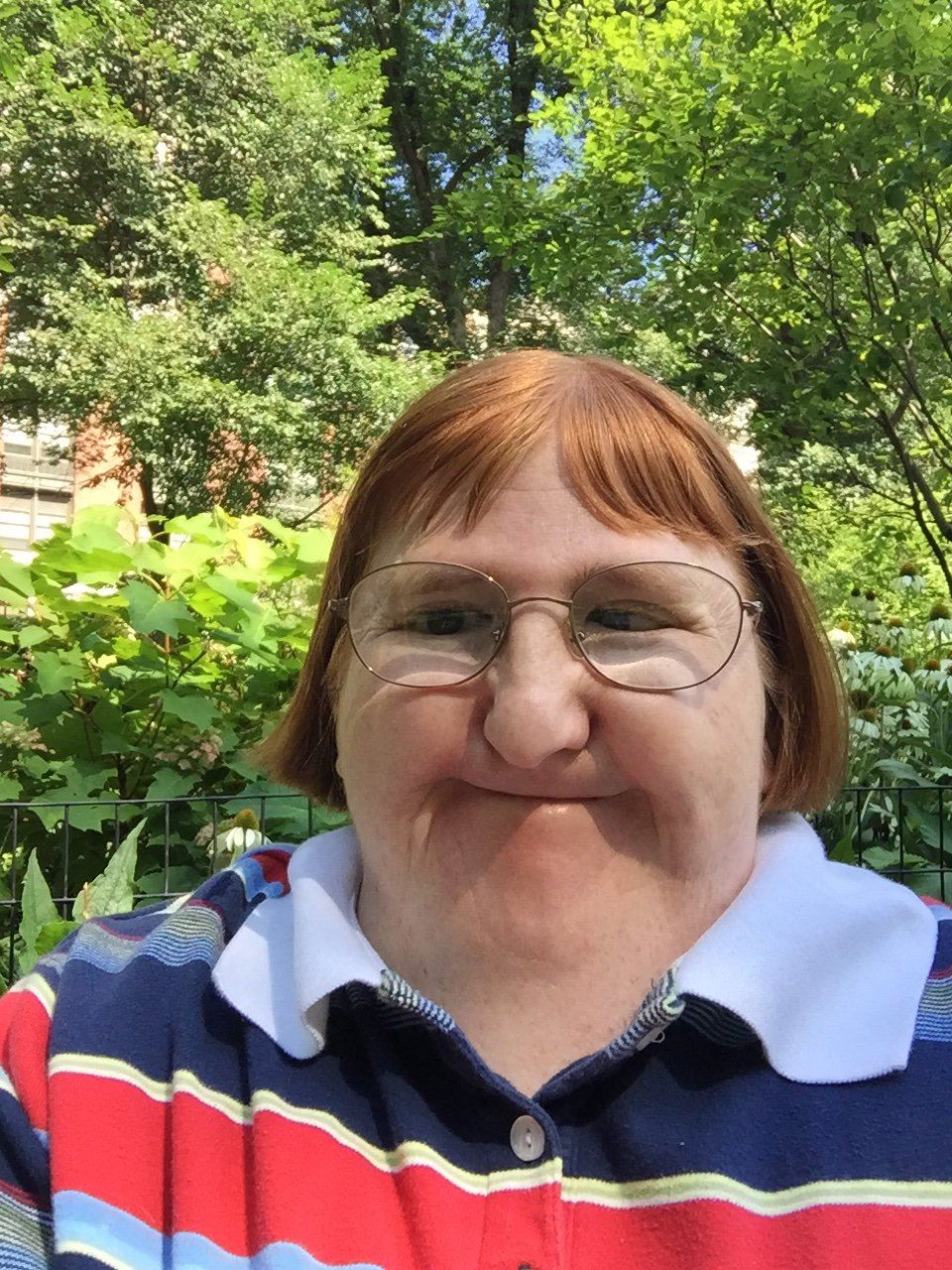 Melissa BlakeCourtesy of Melissa BlakeMelissa Blake knows what it’s like to be different. She was born with Freeman-Sheldon Syndrome, a genetic bone and muscular disorder. Melissa has had over 26 surgeries throughout her life, including on her knees, hands, hips and spine.

Despite these differences, Melissa is also just an everyday woman living her life. She earned a journalism degree in 2005 from Northern Illinois University, where she served as editor-in-chief of the college newspaper. While her mom goes off to teach at the local middle school, Melissa writes, and writes... and writes. Her essays have appeared in numerous publications, including The New York Times, The Week, and CNN. Two years ago, one of her posts in the Facebook group Pantsuit Nation—honoring Hillary Clinton—was included in the print book of the same name.

While Melissa has made a name for herself in the writing community, some readers only look at her photo and then dismiss her words completely. This has become especially true when she writes CNN articles criticizing President Trump. In fact, in the comments section below a recent article, extremely cruel digs at her appearance were the only comments she received… and they kept going. 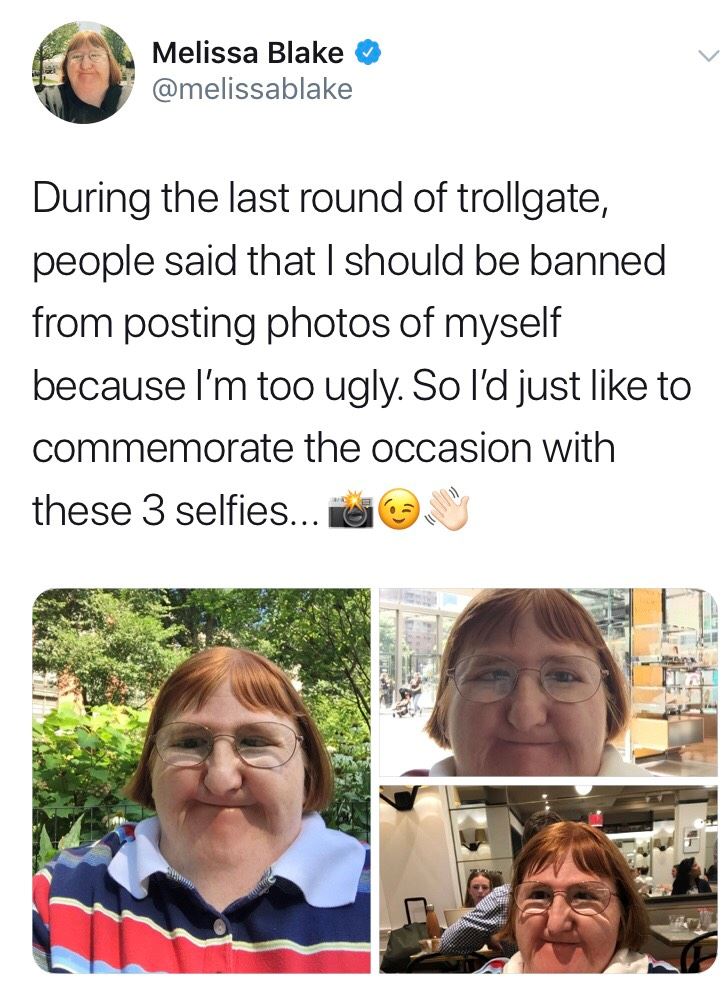 Melissa Blake's viral tweetCourtesy of Melissa BlakeThough the words stung, they didn’t change Melissa’s infectiously kind and thoughtful personality. She tweeted three selfies in response, and within just a few days, her Twitter followers went from 7,000 to 65,000. The tweet itself has over 8,000 comments, all about how she has inspired others with her positive self-image. Melissa then created the hashtag #MyBestSelfie and invited others to participate.

I’ve known Melissa personally and professionally for about four years, and to me, she represents exactly what MY HERO stands for. She believes that kindness is always the best tool for living a full and participatory life, and she spreads her positivity wherever she goes. I asked Melissa a few questions in response to her newfound fame:

Who inspires you and why? Why do you think it’s important for people to have heroes?

We learn by what we see and the people around us. My family, especially my mom, has always inspired me to be myself fully and unapologetically. My mom has a strength that has gotten us through the last 16 years since my father died from suicide and, even though I’m 38, I still find myself thinking “What would my mom do?” any time I’m faced with a problem. She inspires me to be a better person every single day. 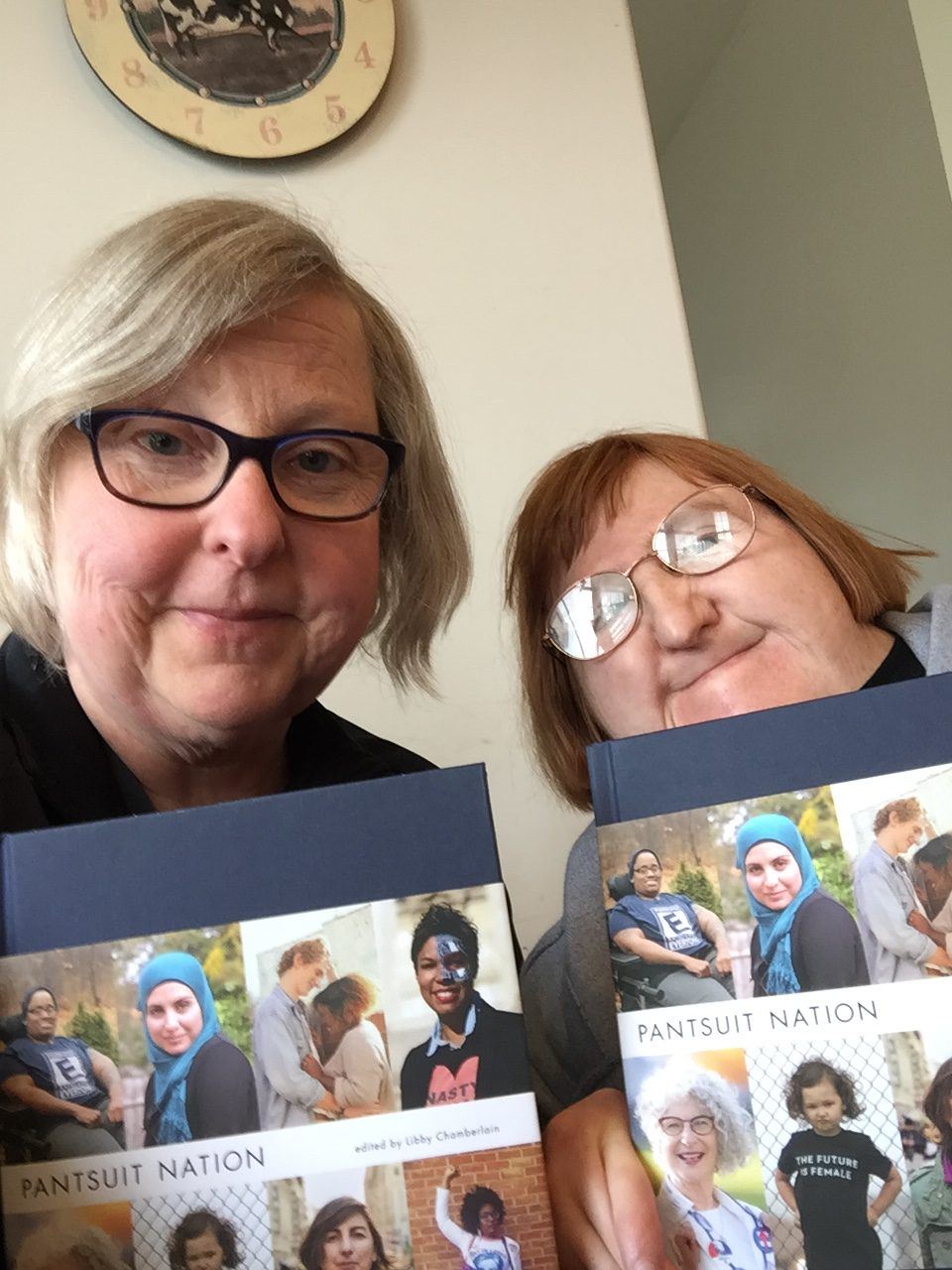 Melissa Blake and her mother, SharonPhoto courtesy of Melissa BlakeEveryone deserves to have that one person in their life, someone to guide them and inspire them. In a dark world, heroes definitely shine a bright light. They make the world a better place!

As you know, the internet can be a volatile place. Do you think this problem has increased? If so, what do you think is the reason?

Yes, the problem seems to be getting worse every day! As much as I love social media and as vital as it is for my job as a freelance writer, the amount of hate and toxicity can be overwhelming sometimes. I think people are starting to feel bolder and bolder sitting behind their computer screens. They can be anonymous, say whatever they want and not have to worry about any sort of repercussions. I’ve always said that I doubt internet trolls would say half of what they type out loud to someone’s face.

You’ve taken an extremely negative personal experience and turned it into a positive phenomenon. Why do you think people were so receptive to your message?

Honestly, I never expected my tweet to blow up the way it did, but I’m so glad and grateful that it did! People all over the world, everywhere from the Netherlands to Brazil, told me how nice it was to see something positive on Twitter again. I think that’s a big part of why this tweet resonated so much with people. We’re all craving a break from the constant negativity. That’s not to say that we should ignore what’s happening in the world, but a few smiles while scrolling can go along way! I’m honored that I was a part of that happiness!

What would you like to say to others who experience bullying based on appearance? What has motivated you to continually commit to kindness and positivity?

I’m not sure anyone will ever have the perfect strategy to combat bullying — I know I certainly don’t. But it’s helped me infinitely to surround myself with people I love. My friends and family have been such a source of comfort. A large reason why I posted those selfies to begin with was to say to trolls “you’re never going to get the best of me” and I try to live by that mantra every day. We can’t let the bullies win — not online and not IRL, either. 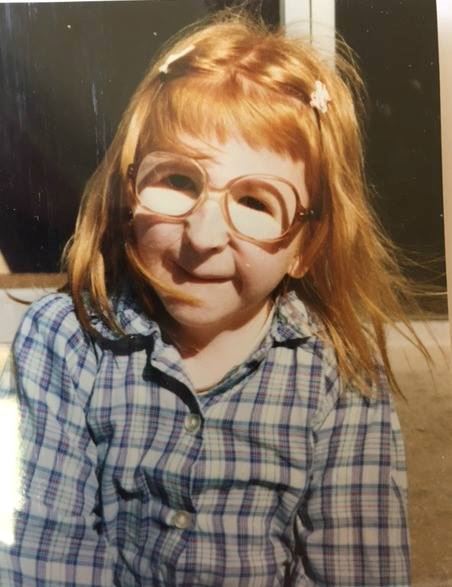 ABC News - Melissa interviewed on ABC News about her viral tweet.
So About What I Said - Melissa's blog, where she posts regularly about relationships, disabilities, lifestyle and pop culture.