Michael is a hero because of his incredible work to teach young people across America the truth about drugs. What was it that inspired him to undertake this work and do do it with so much passion?

More people are going to die this year from a drug overdose than any other cause of accidental death in the US.  There are over 22 million drug addicts in the U.S. and more than 100 Americans die of drug overdose every day. 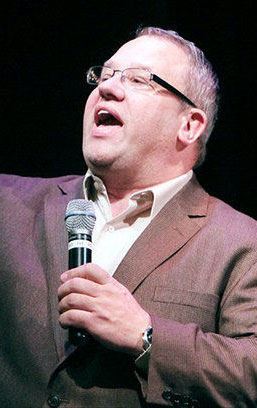 Michael was on his way to great business success. He, with a partner, had started a package delivery business, which after 2 years had grown from $258,000 in annual revenues to $28 million.  He was working long hours and was consuming caffeine pills to keep him going. A "friend’" suggested that these pills could kill him and that he should try cocaine instead. This was the beginning of a journey into hell. In just days Michael was hooked on cocaine and his life spun out of control. Soon after, he lost his stake and share in the company and was on his way to not only being a drug addict but also a petty drug dealer, interacting with gangs.  His nightmare was now well underway, but he had yet to reach hell. Having no place to stay, he moved in with his mother who had just moved into a new apartment. Just five weeks later, a gang member was supposed to drop off some drug money with Michael but failed to show up. Michael’s story of never having received the money was not believed by the gang leader and, realizing that his life was in danger, he decided to go underground. He went to his mother’s apartment, retrieved his drugs and drove off in his car.  While shot up on drugs, it suddenly occurred to him that it was Mothers’ Day and that he had hardly spent time with his mother. He went back to the apartment and noticed that the front door was open and the lights were on. Continuing on inside he found his mother lying dead in her bedroom, murdered. Michael had just arrived in hell! Shortly after, he was in handcuffs and charged with a 1st-degree murder he hadn’t committed but for which he knew he was 100% responsible.

Michael spent 12 years in prison. On his release and waiting outside the prison was his wife, looking forward to starting their lives afresh.  Driving away from prison and looking in the side view mirror, seeing the prison in the background, he read the words, “objects in the mirror may appear closer than you think”.  It was at this point that he realized that he had to change if he was not to go back to prison. And so, he began on his path to personal redemption.

The first thing he wanted to do was to educate children about drugs. He started contacting schools to arrange speaking with children, but on learning he was an ex-con their response was an immediate NO. In doing this however, he did realize that this was his purpose and thus decided that he would go back to college to become a drug counselor. He discovered that he had to counsel for 1,500 hours in in order to be able to take his state exam. To achieve this he put together a caseload of 26 kids, but within a period of 10 days four of them overdosed on heroin. This was emotionally too much for him and he quit this pursuit.

He then decided to tackle his purpose in a bigger way. He grabbed his camera and over a period of 11 months he interviewed 137 kids who were on drugs in Camden NJ. He then put together his first documentary called “Kids are Dying”.  As part of this he also interviewed gang members and drug dealers. What he learned was worse than what he had imagined, and he knew it was bad. He then decided he had to get educational material about drugs into the hands of children, and started working on this.  While doing research and googling he came across a video “Drugs are a Lie” and as he watched he realized that he had found the answer to his search. He went to the website Thetruthaboutdrugs.org and found that they had all of the materials he needed to educate children about drugs and there was no need for him to replicate work that had already been done.

He contacted The Foundation for Truth About Drugs and was able to get the materials he needed for free and right away started getting these materials into the hands of children. Still unable to talk to school children, Michael gave a talk to the “Boys and Girls Club of Newark”  and the mayor was there, city council members were there as well as Cory Booker, now a US Senator for NJ. He gave a 15 minute talk where he presented the “truth about Drugs” booklets and how he was begging to be able to get into the schools to give these talks. After the talk, Cory Booker told him that he needed to do this in the schools and promised to arrange it. And so, at long last, it finally became possible for Michael to start teaching school children the truth about drugs. Children are given the free materials from a Drug Free World and 80% of them go home and talk to their parents about drugs and are able to have a conversation on the subject.

As a result Michael has now surpassed 5 million students being taught the truth about drugs.

Michael was then approached by a TV station and a show called “The Road to Recovery” was born and it aired every week. He hosted the show and he interviewed parents who had lost their kids and also talked with law enforcement people who had also experienced trauma related to drug related deaths. He did over a hundred stories and then decided to take his show on the road in an RV, travelling around the country, interviewing people about their experiences with drugs. The show become the 2nd most watched show on the network, even over the news.

Finally, Michael realized he could not keep doing this alone and decided to recruit an army of powerful speakers - former drug addicts who had lived the drug nightmare and had survived. These former druggies are now sending their powerful message along with the truth about drugs booklets to school children across America.

He has now been honored by Congress.

Michael encourages others to say “No” to drugs and say “Yes" to your life.

In partnership with Foundation For a Drug-free world, Michael has now reached 13 million people with his story and the truth about drugs.