by Reichen Brenner from San Diego, California in United States

Medical science has proven time and again that when the resources are provided, great progress in the treatment, cure, and prevention of disease can occur.

Michael J. Fox, the ‘80s actor who starred in hit television shows like “Family Ties” and the immensely popular "Back to the Future" film series, is truly a hero due to his determination and strength, as well as for his work in Parkinson’s disease research. His breakthrough in Parkinson’s research ultimately made him a great hero. Fox was born on the 9th of June, 1961 in Alberta, Canada (UXL Biographies).

As a kid, he discovered his love of acting and went to Los Angeles to pursue his acting career (Newsmakers). He landed hit roles on the show "Family Ties" and then got his biggest role. It was the "Back to the Future," series which received great critical reception and great financial reception (Newsmakers). However, in the early '90s, Fox noticed symptoms of Parkinson’s, like a twitching pinkie all the way to a violent twitching in one of his arms which required him to get brain surgery. This surgery did not help long term and the symptoms began to get worse. So, with his huge fame he decided to start the Michael J. Fox Foundation, which is one of the biggest financial resources for this disease (World Book). The foundation is trying to find a cure for this disease. Fox is also known as being a father of four children with his wife who was also in Family Ties (1961). 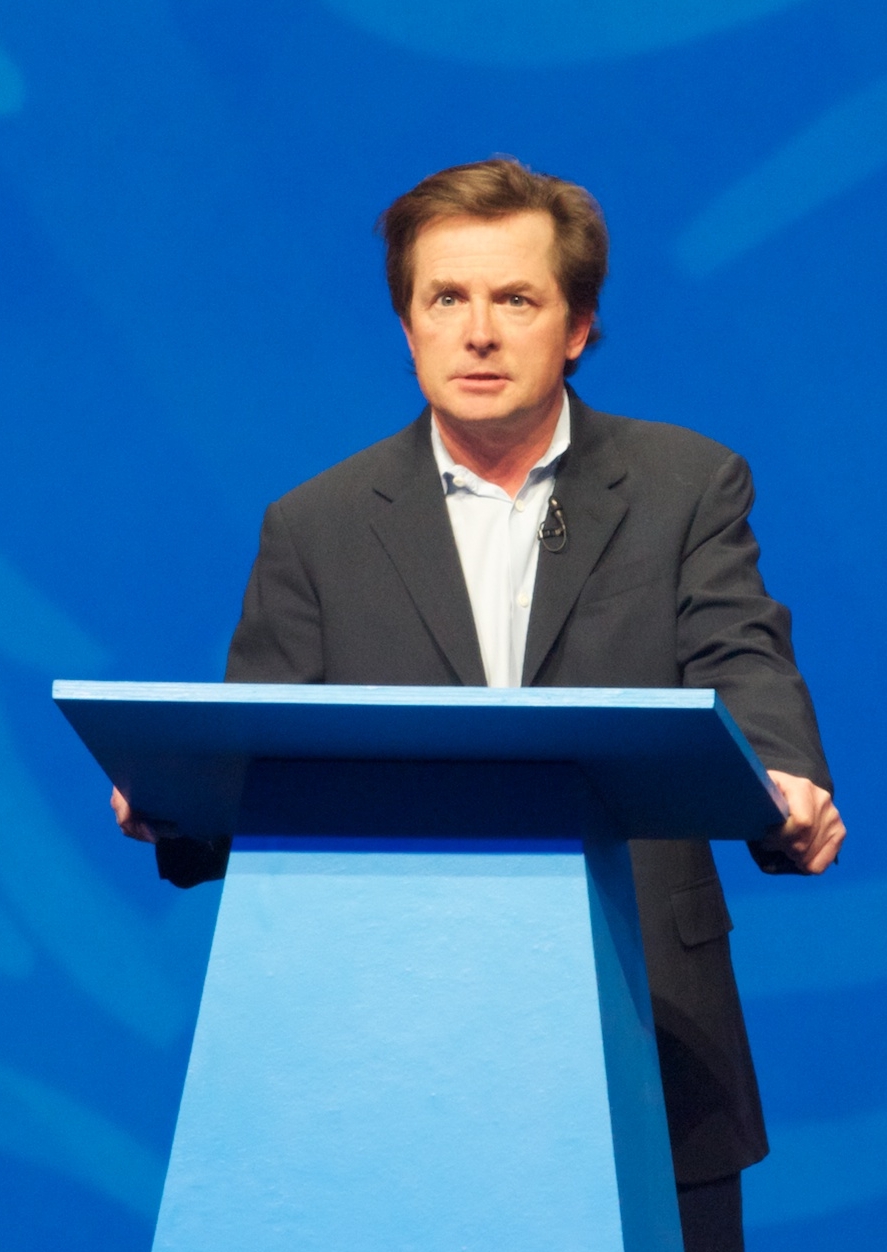 Fox is truly a hero due to his determination in his acting and researching a disease he has himself. This is shown when he started his foundation in 2000, which is one of the biggest sources for the disease. The foundation is dedicated to finding a cure for Parkinson's disease and improved therapies for those already living with the disease (Newsmakers). Fox went all in and quit acting for the time being to start his big foundation.

He was not just an actor but a founder of one of the biggest sources for Parkinson’s. Today, they have raised an estimated $800 million dollars. Yes, nearly a billion dollars. When Fox became a U.S. Citizen, for his foundation he asked for federal funds which he would use for researching and improving therapies for the disease. He even got the right to vote (Newsmakers). Fox did not only found one of the biggest sources for this disease, but he even became a U.S. citizen to get federal funds from the U.S. Congress (Newsmakers). He was not afraid to go for it and he did.

Fox wasn’t only a very determined man, but also had the qualities of a very strong man. He did not let anything push him down, and his disease was never going to push him down. He had strength not only on the outside, but on the inside as well. This was also seen when Fox made his Parkinson’s diagnosis public in 1998 and his symptoms were seemingly getting worse. He had stiff muscles, tremors, and shaky legs, but that did not stop him from making the very heartbreaking announcement. It was strong of him to make this announcement, but this was also the time when he had the idea to go all in (Newsmakers). This is also shown when Fox left Spin City to do more for Parkinson’s. However, Fox was strong, and despite his disease, he went on to do some voice over work and occasional guest appearances on TV shows.

Fox may have left Spin City in 2000, but what a great choice it was. He put his acting career on the brakes for the time being and focused mainly on his foundation. Years after he was diagnosed, he was still doing voiceover work and occasional TV appearances, basically saying that Parkinson’s will not knock him down. Overall, Fox is a very strong hero, or you could refer to him as a warrior because of what he has done in our world. His Parkinson’s does not stop him from making an announcement to still making movies, so it is safe to say he is one strong hero.

Fox was an '80s star who has the qualities of determination and strength due to his work in the Parkinson’s network, which is dedicated to finding cures for the disease. Still showing up in movies makes him a hero. Fox inspires me because he is known for launching the incredibly successful Michael J. Fox Foundation. His dealing with Parkinson’s shows one to never give up, even when the symptoms are getting worse. He is a family man with four children and a wife (1961). All in all, I feel inspired and motivated by Fox because he has never given up.