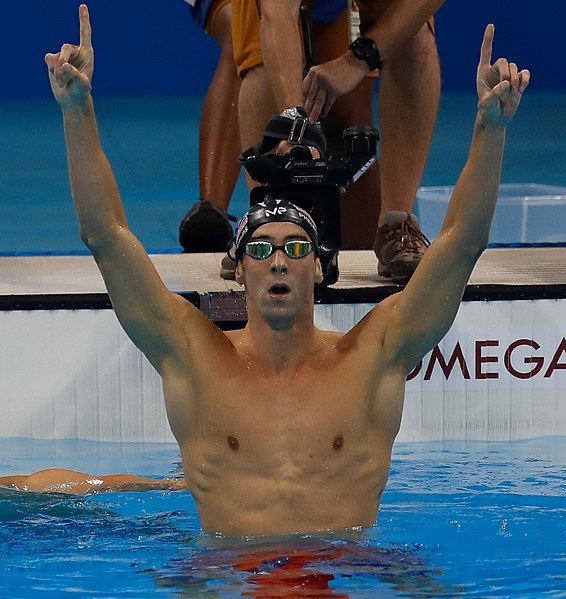 There are so many people that you think have it all. The most decorated athletes wrapped up in their gold medals that look like they don't have a care in the world. All the pictures of them smiling at the camera carelessly and the easy lifestyle that demonstrates one Instagram post at a time. But what you don't know is that many Olympians are struggling with mental illnesses and depression. Michael Phelps was one of these Olympians dealing with mental illness, and the first one to speak out about it. Michael Phelps was born in Baltimore, Maryland, where he found a passion and talent for swimming. Michael excelled in his club team and instantly knew that he wanted swimming to be a lifelong journey for him. Michael was homeschooled and was swimming up to 10 hours a day. He got accepted into Michigan University and was coached by Bob Bowman, who he gives his swimming credit to. A hero must possess an urge to help people and strength that is found within and forces people to accept difficult decisions. Michael Phelps is a hero because he possesses the qualities strength and altruism, which caused him to speak up about his depression for the world to hear.

Michael Phelps possesses the character trait strength, which allows him to cope with his depression. Phelps is an amazingly accomplished athlete who has won over 20 Olympic gold medals. He has demonstrated how hard he has to work and the tedious and long hours he had to spend in the pool for the rewards he has.

However, in an interview with Ritayan Basu he stated, “When depression hits, it can feel like nothing really matters. Sometimes my greatest challenge was just getting out of bed. Compared to that, winning a gold medal was pretty easy.” For Michael to use the word “easy” when talking about Olympic gold medals, it is clear to see how hard it must have been to cope with his depression. Based on the strength it took him to physically earn the Gold medals, he must have been going through something twice as draining mentally and emotionally. Michael Phelps continued to swim when his mental state was not at its peak. For a person to be able to do this and talk about it shows that he contains the trait of strength. He addresses the people who hold their feelings inside instead of talking about how you are feeling. In an interview with CNN, he says, “This is who I am and I'm not going to try to be anybody else. If people can do that, then you're going to be able to be happy throughout your life, and you're going to be able to enjoy every step of life like you should be able to.” Michael Phelps encourages people to speak out about their depression because he knows that is what will help people. He knows that depression eats away at you, and he wants more people to be open and honest about their depression and what they are struggling with. He believes that open conversations will help make the world a little happier. It takes strength to make yourself vulnerable to people's unnecessary judgment. For him to say this, he shows that it's okay to talk openly about depression and mental illnesses and encourages people to talk more.

Because Michael Phelps is a strong person mentally, physically and emotionally, he is able to handle his depression in an organized way and help inspire others to get help. 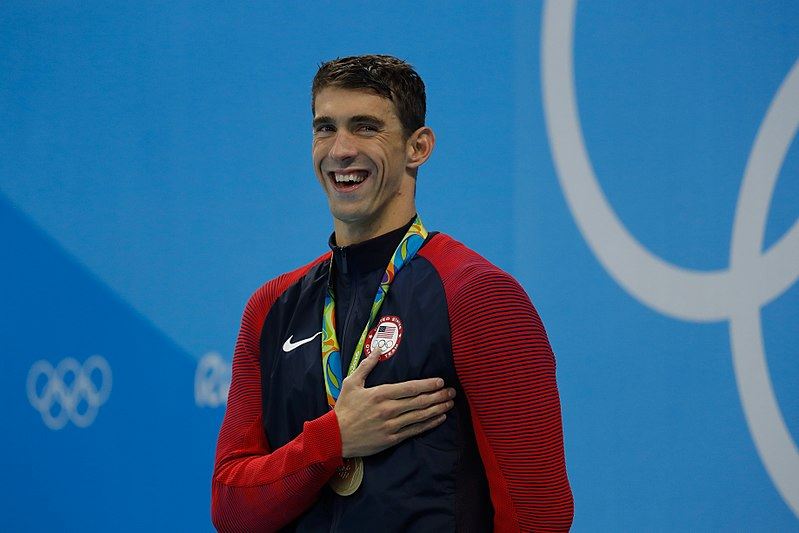 Michael Phelps embodies the trait altruism, or wanting to help people. Phelps knows that talking about your weaknesses and opening up to someone is the best medicine. This is why the Olympian has his own foundation dedicated to athletes who feel depressed. As shown by Melissa Matthews, a part of the Men’s health organization, “The Michael Phelps Foundation and Nemours KidsHealth.org today announced the expansion of the Foundation’s IM Program offerings to incorporate mental health lessons and activities in time for World Mental Health Day. The joint partnership is making the new “IM Healthy” curricula available free of charge.” Michael Phelps founded the Michael Phelps Foundation, which is a program that helps kids with mental health and is free of charge. By doing this, Phelps is improving the statistics of children with depression and making it accessible to the public. Michael Phelps knows that mental illness is a greater issue than wealth, but many people don't take it as seriously. One reason why people don't see a therapist is due to the fact that they are expensive and people doubt therapy. This is why Michael Phelps took it upon himself to make sure that he had therapy groups free of charge for the children that struggle with depression as he did. His wanting to help people shows that he cares about the general public and not about just making money. Phelps is determined to help people who are struggling with an emotional issue. During the mental health awareness month, he announced they he had new offerings for his foundation. He said, “Good mental health is just as important as good physical health. We are proud to offer our eight new lesson plans on emotional health to educators, day care providers, and parents so they can help their kids build inner strengths." Michael Phelps has a passion to show kids that depression isn't who you are, but it is what you feel. Instead of just coaching swim, he also coaches coping mechanisms for young teens struggling with depression. Phelps had depression, so he knows how life-taking it can be. Because Phelps is passionate about the recovery or children and adults with mental issues, he created new opportunities at his club and educated people on mental health. Due to this, it is easy to see that Michael cares for the well being of others and carries the trait of altruism heavily. Phelps takes it upon himself to help as many people as he can. In doing this, he shows that he embodies the trait altruism.

Michael Phelps contains the character traits of strength and altruism. He constantly wants to help more people and make sure they understand that it is okay to speak up about what you are going through. Phelps struggled with suicidal thoughts and tendencies, and he feels that no one should have to feel that pain. Because of this, he makes it his goal to help as many people as he can. Michael Phelps inspired me to learn more about mental illnesses and to make sure that I become someone who can help anyone who needs it. Much like Phelps, I want to encourage people to speak up when they are feeling down and to know that many people understand what they are going through. Help is out there and the best way to cope with mental illnesses is to speak up. Depression can affect even the most celebrated and bedazzled athletes. People who seem to be the strongest can be handicapped by mental illness. It isn't a matter of how rich you are or how many material items you possess, depression can hit anyone and everyone. Everyone should feel comfortable sharing their feelings, because you never know who you will inspire when you speak out and share your story.