by Kate Smith from San Diego, California in United States 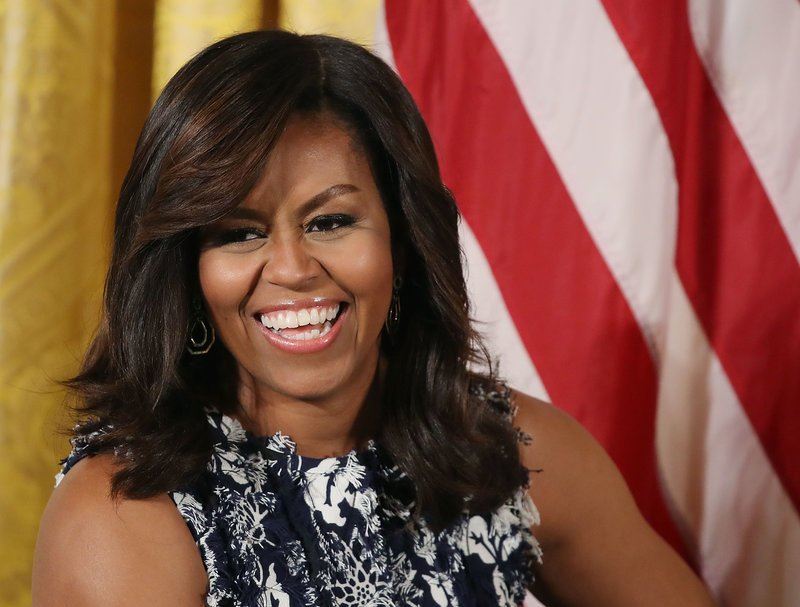 Previous First Lady- Michelle LaVaughn Robinson ObamaMiami.comWe as a society are surrounded by heroes, strong cape wearing heroes that save the day. However heroes can be much more than what we see on the movie screen. Michelle Obama is a great example of a hero, cape or not. Michelle is very family oriented; she is a mom, wife, first lady, lawyer, and inspiration. During her time as First Lady she did lots of work in helping impoverished girls earn the right to education, helping families stay healthy, and providing a variety of services to veterans. Not only did she stand strong next to her husband as the first African American First Lady, but she also made plans to better the world. From her time as a child and a student in Chicago to her time in the public eye in Washington D.C, Obama has been committed to bettering the community in every aspect. In my opinion, a hero must possess the characteristics of inclusion to everyone and the ability to be a role model, someone everyone can look up to and also relate to. Michelle is a hero because of the grace and civility she carries with her, as well as how she makes it her mission to better the life of everyone. 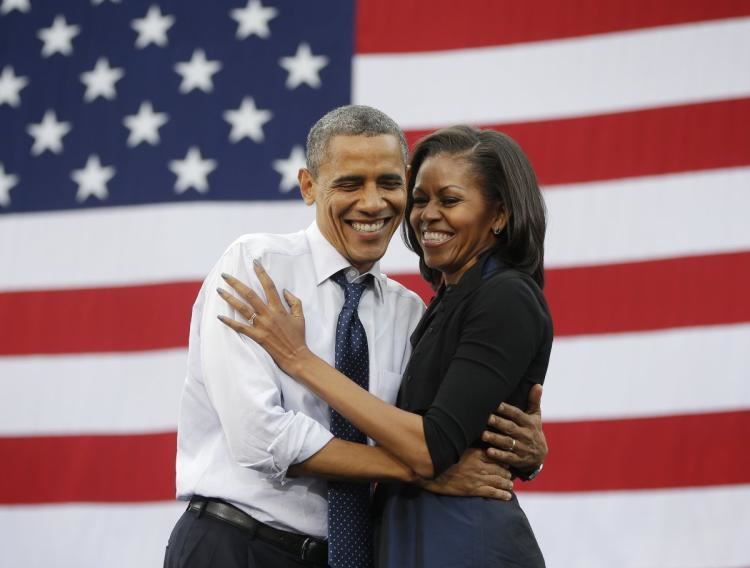 Former President Barack Obama and his wife Michellenydailynews.com Michelle never lacks grace and civility under any situation, when others go low she goes high which is a quality that qualifies her as a hero. From her time as a student at Princeton University and Harvard Law School all the way to the National stage, Michelle has struggled with constant discrimination from others for being an African American women. She had to learn to be civil and decide how she wanted to represent herself. When her husband Barack Obama was elected as president, a new string of challenges came her way. ¨Obama became the first African American First Lady¨ (Gale Student Resources in Context ¨Michelle Obama¨). Being put under the spotlight as the first African American First Lady can bring many challenges. When she was confronted with evil and disrespect from people she did not fight back, instead she showed them through her civility and grace that she is right where she deserved to be. During her time in the as First Lady, she was truly  a hero to both herself and other young girls that thought they were too different to be accepted in a place like the White House. The best part is that she did it with grace, giving many a hero to look up to. Michelle also showed her own daughters how to handle situations with elegance and civilness. ¨Other times she traveled without the president, taking along her daughters. These visits were devoted to forging ties and generated a great deal of positive press¨ (Gale Biography in Context "Michelle Obama" Contemporary Black Biography). Michelle was an example to not only the world but also to her daughters. She taught them with grace how to handle the press and be worldly. She always showed us her civil side when visiting different places. For me, this shows a great deal of heroism because Obama is able to share her knowledge which can rub off on us all. Being her own person and choosing to define herself and make an imprint on us all in such a positive way is a worthy characteristic of any hero. Although it may not seem like characteristics of a hero to be civil and graceful, Michelle showed us all that was how she was going to define herself, and in the end it made a big difference in the kind of hero she is and how her realness relates to us all.

Another reason Michelle is a hero to me is the way she wants to better the lives of everyone. She achieves this by being human, meaning she understands a person's everyday life and gives her followers an easy character to relate to. She is inclusive to everyone and during her time as the First Lady she had many projects that benefitted children, veterans, and many other groups of people. Michelle is a hero for many younger people that still have their lives ahead of them. She wants to better the lives of children so when they grow up they know right from wrong, and they themselves are able to better their lives. In a speech she gave during the 2018 presidential election, she spoke about the importance of voting for someone who was going to better the lives of children. “ No, in this election and every election is about who will have the power to shape our children for the next four or eight years of their lives” (Time Magazine “Democratic Convention”). She wanted to also insure that the next person leading our country would put others first in every way that she supports and works hard to ensure that would happen. She portrayed a heroic figure by giving time and attention to others especially kids, knowing that we were shaping the future. Even after her time as the First Lady, she still wanted to continue putting others first and using her resources to better the world.  “After the Obamas left the White House in 2017, Obama pledged to continue her mission of encouraging young people to follow their dreams, and she remained involved in her community” (Gale Student Resources in Context ¨Michelle Obama”). Even after leaving the White House, Michelle had and still has ways she gives and gives, insuring to somehow better someone's life. Michelle pledging to continue her mission shows how hardworking and dedicated she is to the lives of others. This is shown abundantly throughout her entire life. Bettering the lives of others is just another one of Michelle's heroic characteristics. 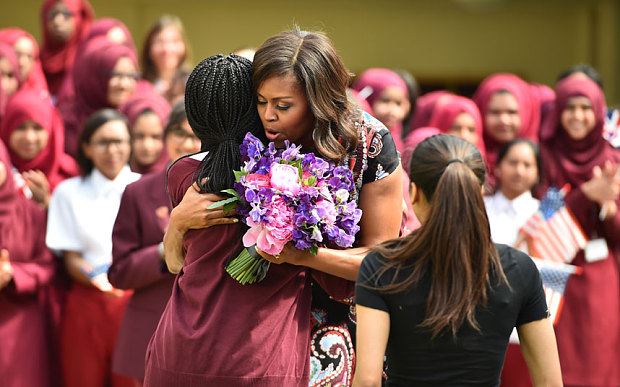 Michelle visiting girls on trip to east London Schooltelegraph.co.ukObama truly is a hero because of the grace and civility she carries with her in combination of  how she makes it her mission to better the lives of everyone. She goes through life inspiring children and empowering women; Obama is inclusive to all and wants to better the world. She has inspired me to be the best version of myself and has taught me to be strong in defining who I am, and showing me that I am able to have my own opinions and share them with the world. Obama inspires us all to not only better the lives of others but also better our own lives. She is an inspiration to young teens and adults because she knows we are the future and she wants to give us the best environment to grow, learn, and develop in. Though she may not wear a cape or fly through the sky, Michelle is the perfect example of a hero. She wears the cape of civilness and grace, and has reached new heights when it comes to the wellness and support she has provided during her time as First Lady and throughout her historic life.

Michelle Obama- White House - Short summary of Michelle's life in and before the White House
To the First Lady, With Love - Thank you notes written for Michelle, thanking her for everything she did to change history