British Pakistani novelist Mohsin Hamid explores a provocative question: Can white supremacy persist, if no one is white any longer? 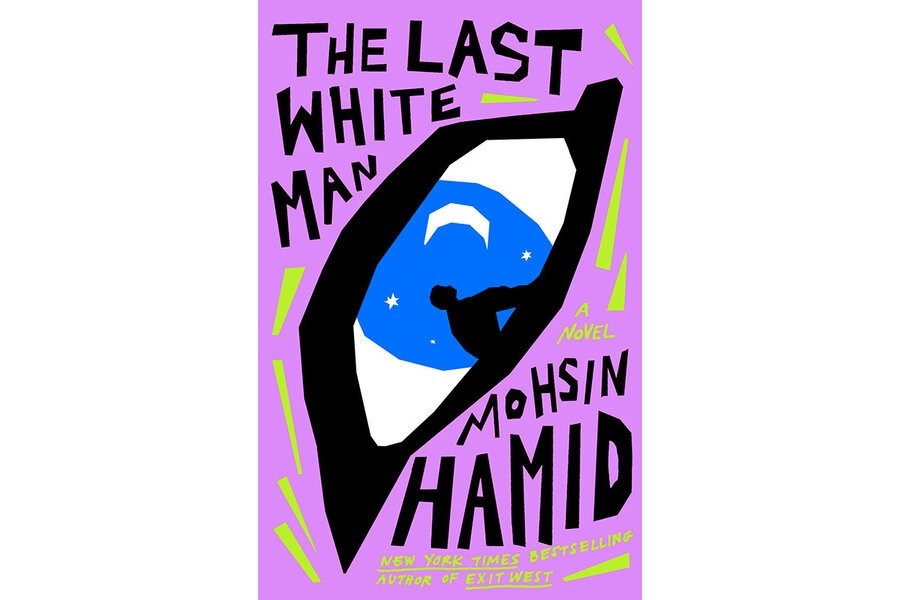 Mohsin Hamid focuses on a different societal ill in each of his novels, but he’s no scold. His aim is to imagine and point us to a better world. His last two books included “How to Get Filthy Rich in Rising Asia,” a pseudo self-help manual which sardonically flagged the dubious steps necessary to advance in a crooked society. In his most recent novel, the masterful “Exit West,” Hamid humanized the increasingly urgent issue of global migration with a propulsive love story about a couple fleeing their devastated city for their lives. (It is currently being adapted into a movie for Netflix by Barack and Michelle Obama’s Higher Ground Productions.)

Now, in his audacious fifth novel, “The Last White Man,” Hamid tackles racism and tries to picture a post-racial world. The concept behind this allegory is provocative: All the white people in an unnamed country turn “dark” (Hamid’s word) over the course of a few months. The transition period is rough for everyone, triggering dismay, paranoia, and violent flare-ups, but we’re quickly assured that things eventually settle down into “a kind of reprieve” in which people were “not visibly different, not obviously identified as being of one tribe rather than another.”

The novel begins promisingly with an echo of Kafka’s “Metamorphosis”: “One morning Anders, a white man, woke up to find he had turned a deep and undeniable brown.” To say that Anders, a weight trainer at a local gym, is discomfited is to put it mildly. His racial prejudices erupt through every pore. Hamid writes: “He was overtaken by emotion, not so much shock, or sorrow, though those things were there too, but above all the face replacing his filled him with anger, or rather, more than anger, an unexpected, murderous rage. He wanted to kill the colored man who confronted him here in his home.”

Anders calls in sick and stays home for days. His facial features, hair, and sense of self have changed along with his skin color. When he finally ventures out, he hides behind sunglasses, gloves, and a hoodie, even though he realizes the outfit is likely to make him appear more threatening to people who are still white. “People who knew him no longer knew him,” Hamid writes. He looked like “not just another person, but a different kind of person, utterly different.”

In an author’s note that accompanied my advanced reading copy, Hamid traces this novel’s beginnings to 9/11, which more directly prompted his second novel, “The Reluctant Fundamentalist.” “I was 30 then and had lived 18 of my years in the West,” he writes. “I had always been a brown man with a Muslim name. That had not changed. And yet something had changed. I had lost something profound. But it took some time for me to understand what it was: I had lost my whiteness. Not that I had been truly white. But I had been white enough – as a relatively well-paid, university-educated inhabitant of cosmopolitan cities – to partake in many of the benefits of whiteness.”

Hamid transmutes this altered sense of identity into “The Last White Man.” We’re told early in the novel, before people start to transition in greater numbers, that his protagonist notices others’ whiteness in a new way and feels vaguely menaced, with “a kind of strumming anxiety.” But apart from his initial reaction, Anders’ responses to the situation feel muted, even when, upon his return to work, his boss, who has no idea of what lies ahead, says, “I would have killed myself. … If it was me.”

What should be a riveting, incendiary tale fails to spark much tension save in a few scenes – or to match the power of Hamid’s author’s note. Anders’ girlfriend, Oona, a yoga instructor, who is already feeling emotionally tapped out after the recent death of her twin brother and the strain of caring for her unhinged mother, doesn’t enliven matters with her own subdued reactions.

Eventually, other people start turning dark, and Anders has trouble distinguishing between those who were always dark versus those who have recently turned. He wonders whether “people who had been born dark could tell the difference.” When violence erupts, with armed right-wing militants patrolling the streets and running dark people out of town, Anders hides out in his dying father’s house.

My summary makes this sound more gripping than it is. Despite its provocative premise, the novel is oddly flat. In his attempt to lend universality to his fable, Hamid has avoided particulars. Anders and Oona, the only named characters, lack passion and verve. Ironically, the unnamed characters, like Oona’s mother, who feeds on right-wing, racist conspiracy theories and later admits to nostalgia for “the whiteness that could no longer be seen but was still a part of them,” are more vivid.

I couldn’t help comparing “The Last White Man” to Toni Morrison’s brilliant, recently republished story, “Recitatif,” in which she wielded racial stereotypes to highlight readers’ prejudices and keep us guessing about which characters were white and which Black. Hamid’s novel, on the other hand, doesn’t keep us on our toes. The telling is too bland, and the stakes don’t feel high enough. Yes, he touches on some intriguing questions, including whether an all-dark world might mitigate racial divides. But he doesn’t explore them deeply enough. Hamid is a gifted writer who has earned our attention, but this book feels like a missed opportunity.