by Rebekah Pustelnik from San Diego, California in United States

"Kind words can be short and easy to speak, but their echoes are truly endless."

"Spread love everywhere you go. Let no one ever come to you without leaving happier."

Mother Teresa was awarded the Medal of Freedom at the WhitehouseUnknown“—heroes are everyday, common people. Most of what they do goes unheralded, unappreciated. And that, ironically is heroism: not to be recognized” (Stone). Stone argues in his article “Where I Find My Heroes” that people often overlook the ordinary hero figures in our own lives and reward the people that have fame or fortune with the title hero. Heroes demonstrate the ideals we all wish to have. They are the people we look up to and admire for their amazing feats. With all of the media attention focusing on celebrities or politicians, it can become easy to focus on the way they look or money they have. This makes us fixate on the superficial idols that have corrupt values. While we might be swayed to worship the famous heroes in our society, we can forget to realize the heroism demonstrated in our own lives. Though the people around us might not donate millions to charities or find the cure for cancer, they share the same merit with every action they take to positively affect society. Heroes, no matter the background they come from, share the traits of selflessness and hard work.

Unlike the grand presidents that move mountains or inventors that inspire a whole new way of thinking, one nun stands out as a true hero: Mother Teresa. Born Anjezë Gonxhe Bojaxhiu in the town of Skopje, Macedonia, on August 26, 1910, Mother Teresa showed interest in becoming a nun at the age of twelve. After she turned eighteen, she became a nun and went on a mission trip to Calcutta, India. There, she saw the impoverished people and dedicated her entire life to help them. She has started numerous charities, aided in disaster relief, and obtained the Nobel Peace Prize. Unfortunately, her extraordinary life ended on September 5, 1997. A hero must possess selflessness and hard work. Selflessness is the ability to put others in front oneself. Hard work is being able to put a tremendous amount of effort into achieving a goal. Because of the selfless sacrifices she took and dedicated hard work she had for the less fortunate, Mother Teresa is a hero. By demonstrating the reward and happiness of a life led by love and compassion, she inspires many to help others. 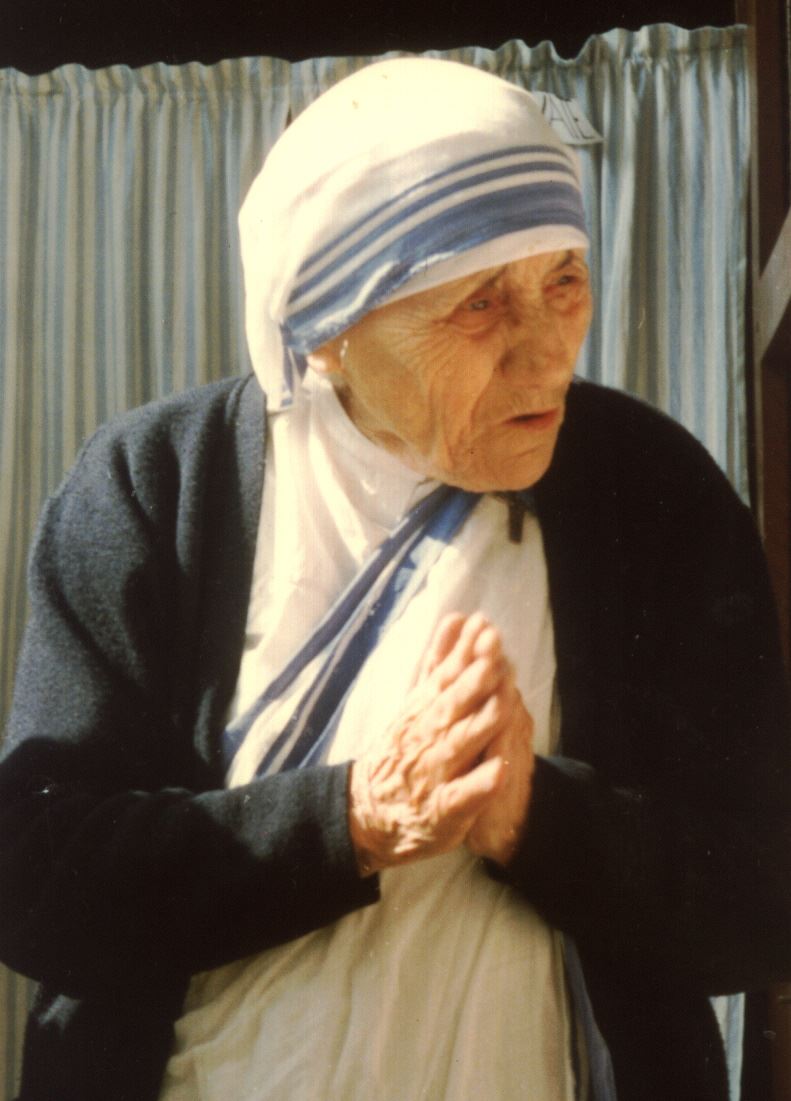 Picture captured in IndiaEvert OdekerkenMother Teresa did not simply help people, but she put their needs above her own by giving all that she possessed freely to others. During a mission trip to Calcutta, Mother Teresa and the Missionaries of Charity started to expand their outreach to people with leprosy: “As in Calcutta, their focus was the poorest of the poor: orphans, the dying, and those ostracized by diseases such as leprosy” (Gale). Mother Teresa wanted to focus on the people that were “ostracized,” who did not get the medical help they needed because they were thought to be contagious. Mother Teresa disregarded her own safety to ensure they would get the medical care they needed. Most people would not have been content helping the poor, but Mother Teresa made sure that the people who were the most poor and in most pain were supported. After accepting the Nobel Peace Prize in 1979, she said that “... today when I have received this reward, I personally am most unworthy, and I having avowed poverty to be able to understand the poor, I choose the poverty of our people” (qtd. in “Mother Teresa Acceptance Speech”). The laureate said that she is “most unworthy” even though previous actions support her utmost deservedness of the award. Though she is being recognized and put on a pedestal higher than others, she lifts up the poor with her. Unlike most people, Mother Teresa doesn’t put herself ahead of others but thinks of them first. Mother Teresa did not want to seem higher than the poor and questioned how much she should eat, and determined that “... those who came to join her in her formidable task should receive the sustenance they required. In obedience they would eat no more, but also no less, than necessary” (Spink 33). Mother Teresa sacrificed the comfort of food to aid the poor. Most people help others out of their own convenience, but Mother Teresa gave up everything including the comforts of home in order to dedicate her life to help others. Selflessness is not just giving, but giving to others before oneself. Mother Teresa exemplifies this through her dedication to living a life like the poor and her eagerness to serve them.

Mother Teresa put in hard work above and beyond what was necessary in order to have a greater effect on others. In a description of Mother Teresa's work in India during a mission trip, it explains the preparations she took before going: “To prepare to work with the poor, Mother Teresa took an intensive medical training with the American Medical Missionary Sisters in Patna, India” (Gale). Mother Teresa did not need to undergo the medical training, but chose to so she could help a broader community. She voluntarily chose to enhance her passion when others would have thought taking the extra step was too much work. Mother Teresa understood the good her actions brought and wanted to aid as many people as she could. Chawla commented on the speed of Mother Teresa's disaster relief by saying that they “... succeeded in organising themselves so rapidly in distant countries and how they set up camps for disaster relief overnight” (Chawla 83). In order to aid the most number of people, Mother Teresa and her team worked through the night. Not only did she help people who needed it, but she also wanted to help them as fast as possible. Instead of taking the night off, Mother Teresa saw the needs of others and took action to help. Hard work is putting in the effort beyond the task. Mother Teresa utilizes her gifts in order to create an impact. 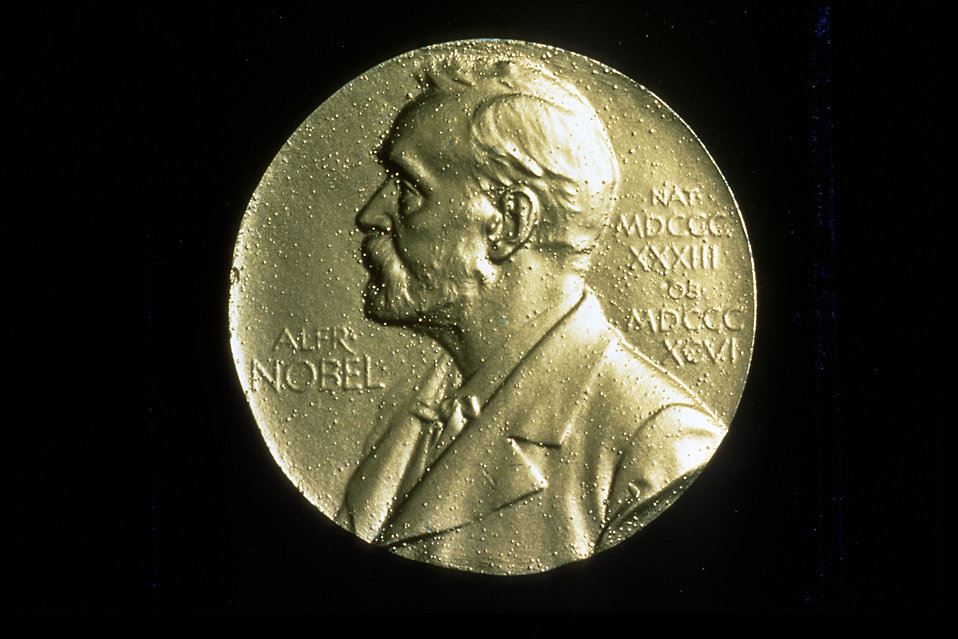 Mother Teresa won the Nobel Peace Prize in 1979National Cancer InstituteThrough sacrifices and hard work, Mother Teresa embodies true heroism. Fueled by love and compassion, Mother Teresa saw the brokenness in the world and dedicated her life to fix it. She gave up comfort to live with the poor and help them. She did not think it was enough to just help people but wanted to go above what was expected of her. During her Nobel Prize acceptance speech, she said, “And I am sure this award is going to bring an understanding love between the rich and the poor” (qtd. in “Mother Teresa Acceptance Speech”). Mother Teresa wanted simply to bring understanding and unity to the world. She wanted peace and love and inspired people to strive for those ideals in today’s corrupt world. She is a living example of the bigger change kindness can cause over violence. Mother Teresa inspires me to think about the positive and treat others with compassion and respect. She inspires me to help the world with kindness one action at a time. Instead of thinking of my personal benefit first, I consider of all of the things that are in my possession and how fortunate I am. I am learning to give without expecting anything in return. I have now paid for a friend’s lunch when I would have previously been paranoid about when they would pay me back. I give my time and knowledge helping my brother with homework without worrying about how I could have spent that time on myself. Heroism is not about the trophies we receive or the accolades we are met with, but the reward we feel. In this day and age with so many societal pressures for success, fame or riches, we often forget to realize the true reward good actions bring. If the heroes portrayed in the media represent our ideals as a society, we need to reconsider the ideals we constitute as heroic. We need to recognize the ideals of selflessness and hard work over accomplishment and social status; our ideals need to change as a society to represent the good of the human race. Mother Teresa went her entire life giving to people but received the feelings of goodness her actions brought. She never wanted reward or recognition, but wanted to see people that were hurt get better and people that were grieving happy. Mother Teresa represents the ideals I wish our society held to the highest regard, and for that she is more than worthy of the title hero.

Mother Teresa - Biographical - This link shares all about Mother Teresa's life, legacy & accomplishments. It also provides a speech written by the laureate.
Mother Teresa - Her Life & Canonization - This visually appealing site gives insight into Mother Teresa's road to sainthood. It includes an informational video and books you can read if you are interested.