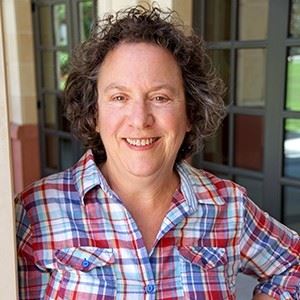 A distinguished professor at the USC School of Cinematic Arts, Brenda Goodman has been judging The MY HERO Film Festival for over 10 years.

“I think that it [MY HERO] has that singular focus on people and organizations that are doing positive things,” said Goodman. “I’m not aware of any other platform, festival or organization that has such a wide reach in terms of all kinds of organizations worldwide with this positive focus.”

Goodman started her filmmaking career making media for political advertising. She produces and directs independent fiction movies; her most recent film is an eye-opening educational film called A Moment of Compassion, depicting Tijuana native Dr. Patricia Gonzalez-Zuniga and her work in The Wound Clinic.

“Someone who has courage, focus and fortitude to make and improve a situation or change the world around them for better--as they see it, is a hero,” said Goodman. “It’s interesting because…the film that I made that was part of The MY HERO Project... the woman that I made it about is a doctor in Tijuana who runs a street clinic and I think she is pretty darn heroic. She’s my hero of the moment, but it changes.”

Goodman’s participation with MY HERO began when Wendy Milette, an alumnus of USC, now Director of Media Arts and Education of The MY HERO Project, invited Goodman’s involvement with the film festival.

“I think because a judge has a global outreach, you're learning about other cultures and other ways and other movements across the world,” said Goodman. “What I get the most out of it [MY HERO], is a sense of hope when I see as many activists working to make the world a better place as has been captured by the films that we see.”

Brenda Goodman's USC profile - A summary of Goodman's accomplishments and credits from her USC faculty profile.