My Hero: Temple Grandin By Raef

by Raef Lee - Middle School - from Cochrane, Alberta in Canada

¨Nature is cruel, but we don't have to be.¨ -Temple Grandin 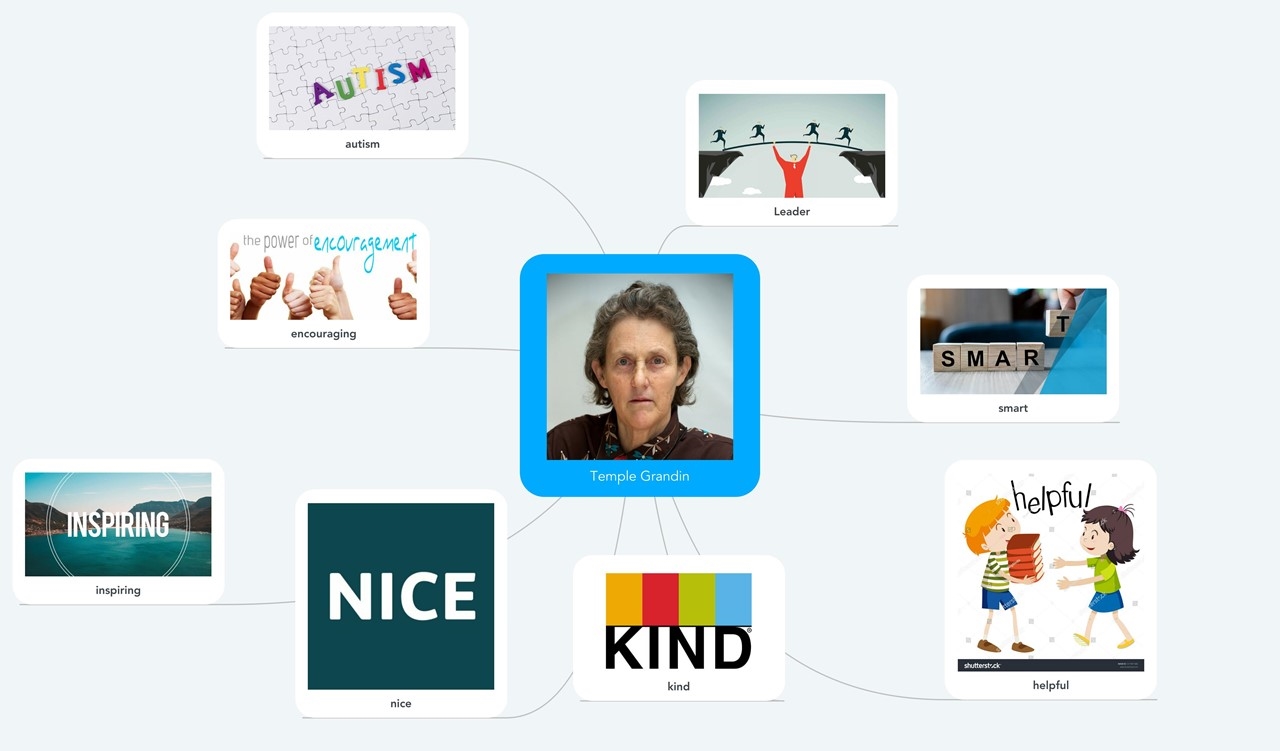 Temple Gradin webBY RaefI chose to read about Temple Grandin because she loves animals and I like them too. My book called Temple Grandin has 140 pages and it has 13 chapters. This book is a biography book which means that someone wrote about a person who isn't them. This biography book covers the time from when the temple was a little girl to the present day. When Temple was born her parents named her mary but as she got older she didn't like the name so she changed it to temple. Temple Grandin is an American scientist and animal behaviorist. The animals that she works with the most are cows. The book was published in 2012. The Author of the book is Sy Montgomery, and she was born on August 29, 1947. Sy Montgomery is a naturalist author and scriptwriter who writes for children and adults. She is an author who has written over 25 books. 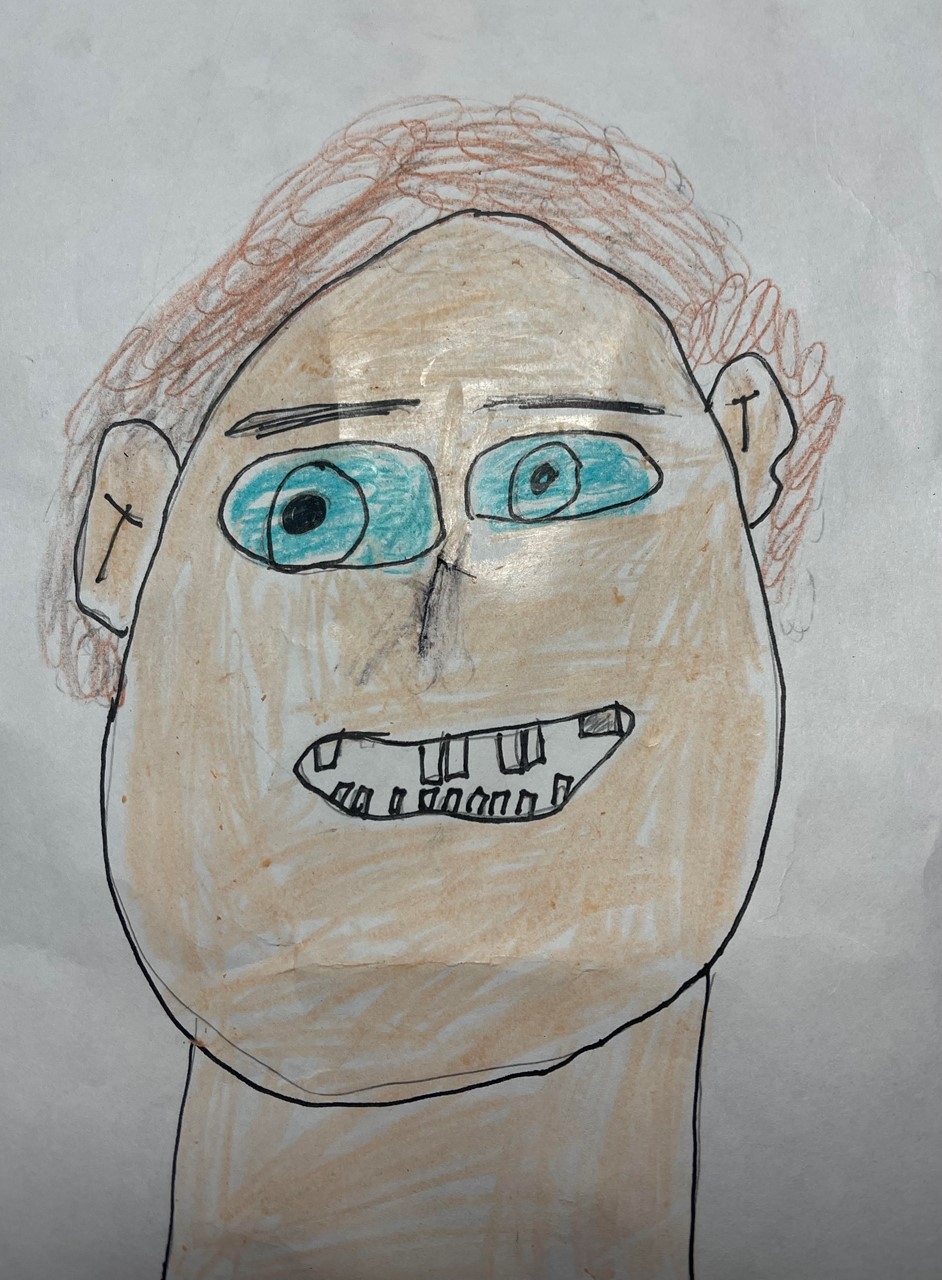 Temple GradinBy RaefTemple Grandin was born on August 29, 1947. She grew up in the city of Boston. Her dad's name was Richard Grandin. Richard Grandin had divorced his wife when the Temple was 15. Temple Grandin’s mom’s name was  Eustacia Cutler. After  Eustacia and Richard had divorced she had gotten married to Ben Cutler, a renowned New York saxophonist, in 1965. Also, Temple had 3 younger siblings. She had two sisters and a brother. Did you know that Temple Grandin got so popular that HBO made a movie about the life of Temple Grandin? When the temple was born she had never smiled, hugged her mom, and had never said I love you for a long time. When Temple was in high school she always got called reetard, and one day she just had enough so she throw her history book at the girl’s eyeball which could have made her go blind. But she was ok. The person who had influenced Temple the most was her science teacher William carlock. William Carlock always believed in Temple even know she didn't get the best grades. When the school had finished Temple loved to go to her aunt’s farm and work there. Because she loved seeing that cows every day, and it calmed her down. When Temple was in high school she said she had wanted to be a scientist for animals. When Temple went to work at her aunt's farm that's when she kind of wanted to do something with animals. 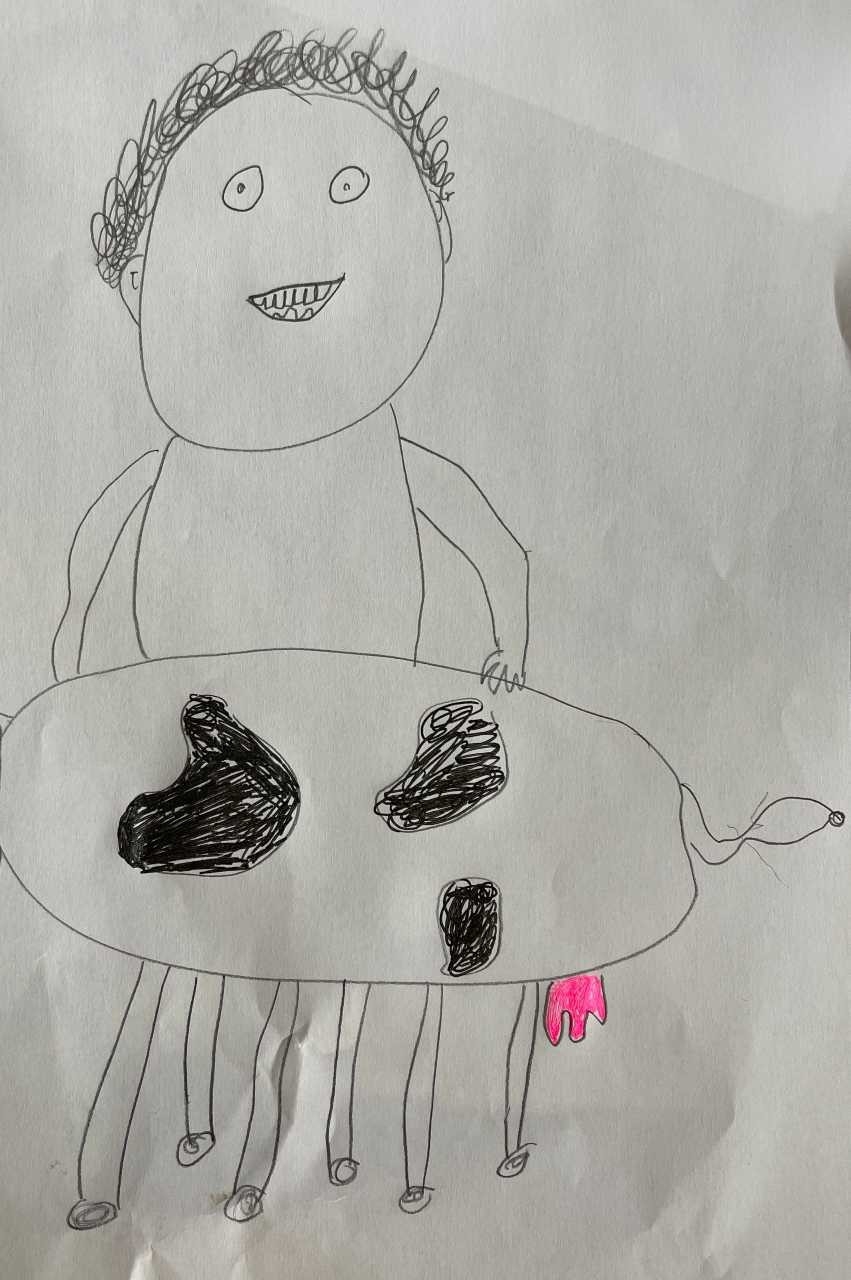 Temple Gradin action pictureBy RaefTemple had faced a lot of challenges when she was growing up. Like dealing with Autism, getting bullied, and having really bad anger issues. Temple had overcome these challenges by moving past them and doing what she loved. William Carlock really helped Temple saying that can do what she loves in life even now she had a disability. One of the qualities of Temple is that she is kind. For example, Temple helps cows so that they don't have such a painful death. Another example is Temple is strong. For example, she had to deal with autism and had to deal with girls bullying her at school too. A third example is that Temple is smart. For example, Temple is a scientist and you have to be really smart to be a scientist. growing up TEmple had a lot of issues that were not good for her. Like BAD anger issues, and dealing with autism. When Temple and her friend were playing in their room where they were talking about UFOs.And when they looked outside because they had heard something a UFO popped out of the bushes. and they screamed UFO! UFO! Helps parents rushed over to her room and nothing was there. It turned out to be a dairy queen girl crabord thing. Temple has over 10 awards in under 2 years!

Temple Grandin really surprised me when I was reading about her and seeing all of the challenges she had to overcome in her life. If I met Temple Grandin and I got to ask her 3 questions. I would ask her how it feels to get called reetarded all the time in school. How she stayed so strong and brave even know she had Autism. And finally, I would ask her how many hours did she work at her aunt's farm every day. I would not want to be Temple Grandin's child because I love my parents and I would pick no one else to be my parents expected of them. I really liked the book I read because I just found that there was a lot of character in the book and a lot of emotion. One thing I learned from the book is that even if you have Autism you can still do what you want to do. People may not want to read about this person is because maybe they don't like what she does.Or maybe they just don't like cows.I am happy that i chose this person because she really likes animals I do too.