MY HERO's 2021 Emerging Artist Kitty Richardson in the News

by Thanks to Maddy Baillie from Stamford Mercury, UK

Thanks to Stamford and Rutland Mercury for the following article:

A singer-songwriter from Oakham has won an award at a Los Angeles film festival for being 'an emerging artist'.

Kitty applied to be a college intern at the MY HERO project, a non-profit organization which identifies positive role models, in 2020 while attending the University of Leeds for her year in industry. 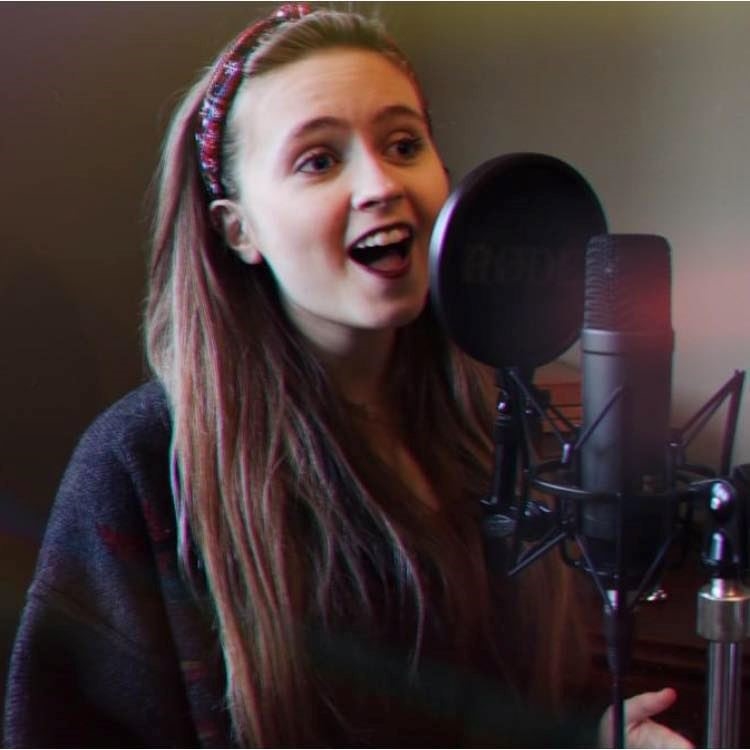 Over the past year, interviews have included Imtiaz Dharker, a British/Asian poet found on the GCSE and A Level syllabus, Georgia Bridgers, LGBTQ YouTuber, and Myisha T Hill, Check Your Privilege.

For the project, Kitty produced and directed a short film, 'Do You See Rainbow?' which helps viewers understand autism through her experiences, and has come joint first in the Overcoming Obstacles category 2021.

She said: “At the age of 12 - I was diagnosed with autism and with EDS, a rare connective tissue disorder.

"This spurred me on to writing, producing and publishing my first song to raise money for the EDS charity.

"Soon after an album followed. Ever since then I have been passionate about creating music of all types.”

Kitty was a music scholar at Stamford School who won Rutland’s Got Talent in 2015 with her song ‘Wonderland’, award presented by Rob Persani, and has been on BBC Introducing twice.

Jeanne Meyers, co-founder and director of the MY HERO project, said: “In honouring Kitty with the Emerging Artist Award, we recognize her talent, her powerful creative energy and commitment to telling stories that matter.

"I have been fortunate to work with many young people over the last 25 years but there is no student that has contributed as much to MY HERO as Kitty.

"I am so very grateful to her for her support and commitment to MY HERO’s mission to celebrate the best of humanity. She truly is MY HERO.

"All of us at The MY HERO Project congratulate Kitty on this award and on her journey as a songwriter, filmmaker, director and activist.”

And thanks to Brooke Priory School, Oakham, UK who featured Kitty in their Autumn 2021 Alumni Newsletter: 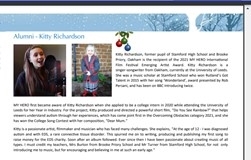