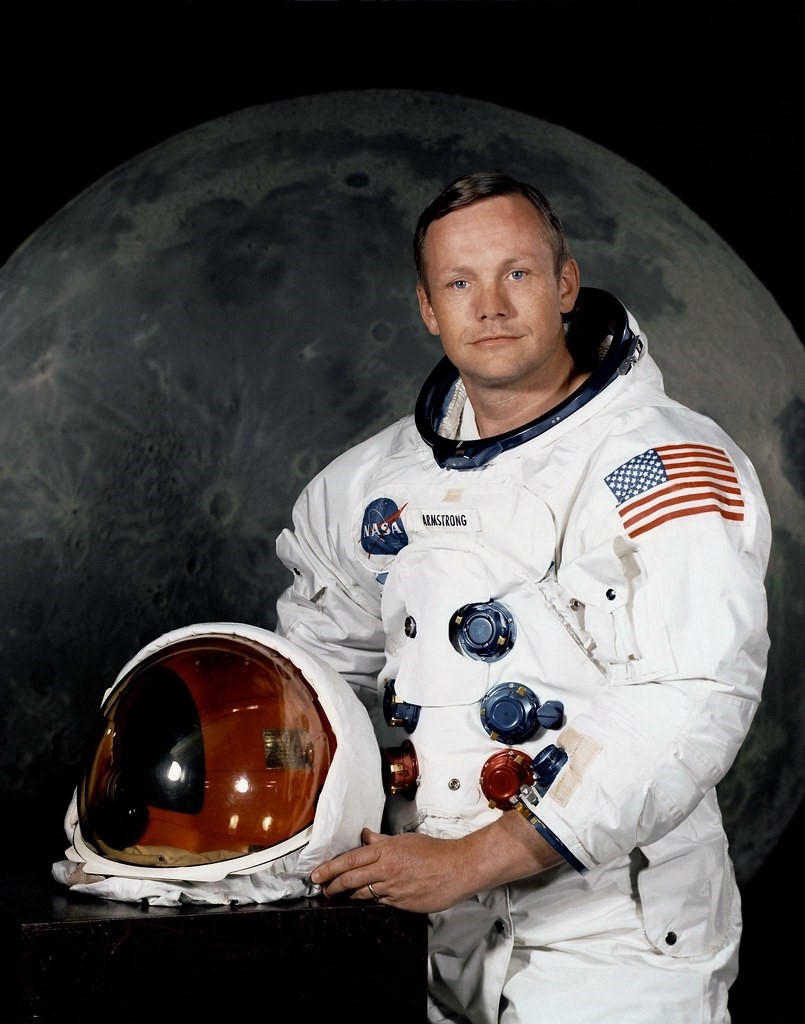 Neil Armstrong before Apollo 11 mission"Archive: Astronaut Neil Armstrong (NASA, Marshall)" by NASA's Marshall Space Flight Center is marked with CC BY-NC 2.0. To view the terms, visit https://creativecommons.org/licenses/by-nc/2.0/?ref=openverse“That’s one small step for man, one giant leap for mankind.” Neil Armstrong is quite arguably the most well-known astronaut worldwide. He, along with Buzz Aldrin, was the first person to walk on the moon. His interest in aviation began relatively young as he got his pilot’s license at the age of 15. He then went on to fly hundreds of different aircraft during his life as a renowned pilot. Neil Armstrong is my hero because he was adventurous, inspiring, and modest before and after his time as a NASA astronaut.

Neil Armstrong is my hero because he ventured into the unknown. He did what no one had done before. Even before becoming an astronaut, Neil was a test pilot for cutting-edge, experimental, high-speed aircraft for NACA, NASA’s predecessor, from 1955 to 1962; this job required flying dangerous aircraft that could malfunction at any time at record speeds. While he was mission commander for the famous Apollo 11 flight to the moon in the late 1960’s he did what no one had done before. Like adventurers of the past exploring unknown lands, he explored the surface of the moon. This is awe-inspiring to me. "The unknowns were rampant, there were just a thousand things to worry about." (Armstrong). Well aware of the risks he accepted the position as mission commander and went on to make history. His adventurous nature led to him becoming a role model for many, including myself.

Neil Armstrong is my hero because he inspired many people. After retiring as an astronaut, he continued to inspire people as a professor of aeronautical and aerospace engineering at the University of Cincinnati in the 1970’s. His experience in the field was unmatched. Teaching is an amazing way to inspire people and Neil did a great job at it.  "I love to teach. I love the kids, only they were smarter than I was, which made it a challenge.” (Rieselman). Neil was an enthusiastic teacher to his students that made a lasting impact at the University of Cincinnati. Even as a teacher, fame still found a way into his life.

Another heroic trait that Neil Armstrong displayed was his modesty after the moon landing. After being seen on television worldwide, Neil had become a huge celebrity. Despite this, he never claimed the mission to be a self-effort and always credited the people behind the scenes that helped make it a success. "When you have hundreds of thousands of people all doing their job a little better than they have to, you get an improvement in performance. And that's the only reason we could have pulled this whole thing off."-Armstrong (Rieselman). These public displays of modesty are what define him as my hero. 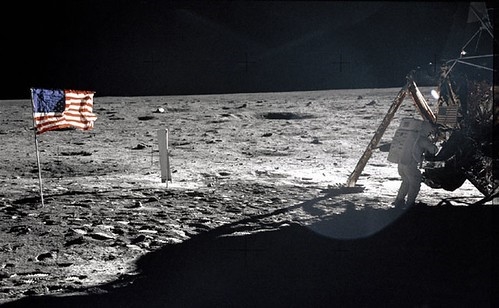 Apollo 11 Moon Landing"Archive: Working on the Moon (NASA, Marshall, 07/69)" by NASA's Marshall Space Flight Center is marked with CC BY-NC 2.0. To view the terms, visit https://creativecommons.org/licenses/by-nc/2.0/?ref=openverseNeil Armstrong wasn’t the only astronaut that was part of the Apollo 11 mission to the moon. But among them, he stood out to me the most because he was motivating, pioneering, and modest. Armstrong did what no one had done before. This is important for a hero because it leaves behind a legacy. Astronauts like Neil Armstrong paved the way and inspired new generations of astronauts. The moon landing also rekindled the public’s interest in space exploration. This greatly helped NASA continue to gain the funding to continue its many endeavors. The future of space exploration may even lead us to the first human stepping foot on Mars. This is his most important heroic accomplishment. His legacy lets others like me pursue their dreams.