by Cheikh Darou Seck from Dakar 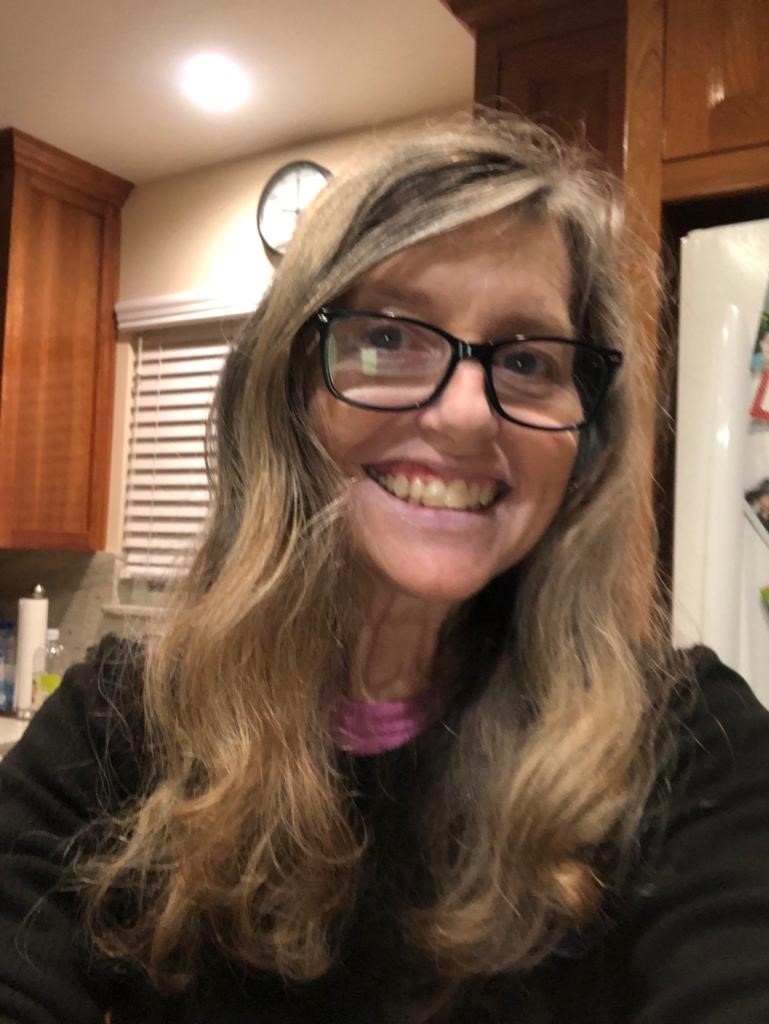 Odile Dewarcourtesy of Odile DewarI met with Odile Dewar in 2011, during one of my many trips to Los Angeles, sponsored by the MY HERO project. At that time Odile was teaching French at the Laguna Beach High school. As soon as Jeanne Meyers, the co-founder of the MY HERO Project, introduced me to her and she adopted me then and there and we became friends. The next thing I knew she invited me into her class to talk to her students about Africa and French literature. I remember noting a great difference between her class and mine in Senegal. There were much fewer students and the room was personalized by her students who brought in their posters of famous actors like Johnny Depp. This was really new to me as in our schools back in Senegal. students do not usually decorate their classrooms. But yhe overall look of the class and all the decorations in there somehow matched the personality of the my friend Odile Dewar. After I talked to her students in French, giving them a taste of African literature, we became good friends. This how the whole connection and all the actions and collaboraton that was going to happen between us began.

The following year I came back to Laguna and she invited me into her class again. After that visit, I did not hear from Odile for more than 11 years.

Odile Dewar is a person I would describe as an angel soul, generous, attractive and friendly, always ready to share and laugh. When you meet Odile for the first time, the thing that strikes you most is her big friendly and welcoming smile which is a strong feature of her personality. Always laughing. I don't remember seeing Odile or a picture of her without that big smile that seems to be saying : take life easy and laugh off hardships. At least this is the way I can explain that smile, kinda saying "Make friends, not enemies! ".

Odile was born in Madagascar, Africa, some 65 years ago. Her family lived in that country as her father used to be posted there as a member of the French administration. She spent a great deal of her childhood in Africa and she even had an African lady as a baby sitter. This partly explains her strong connection with Africa and African friends like me and AmelieMbaye, who happens to be one of her best friends. I think that her natural kindness and easy-goingness explains her capacity to befriend people. Sometimes when we talk about her childhood days in Africa she tells me anecdotal stories that show her "African" identity and her emotional relationship with the black continent. She often proudly says "I am an African, you know? I was born in Madagascar". Then remembrance follows and she talks about the pleasant and stressless life she had as a child in Madagascar and even during the time she was much older, at the age of 19. Odile still remembers African dishes from Madagascar. I think that in her personal imagery Madagascar represents a safe and loving home and family far away from any kind of trouble or danger. But in a way, Madagascar stands also as the lost place that now belongs to some time that is impossible to get back. 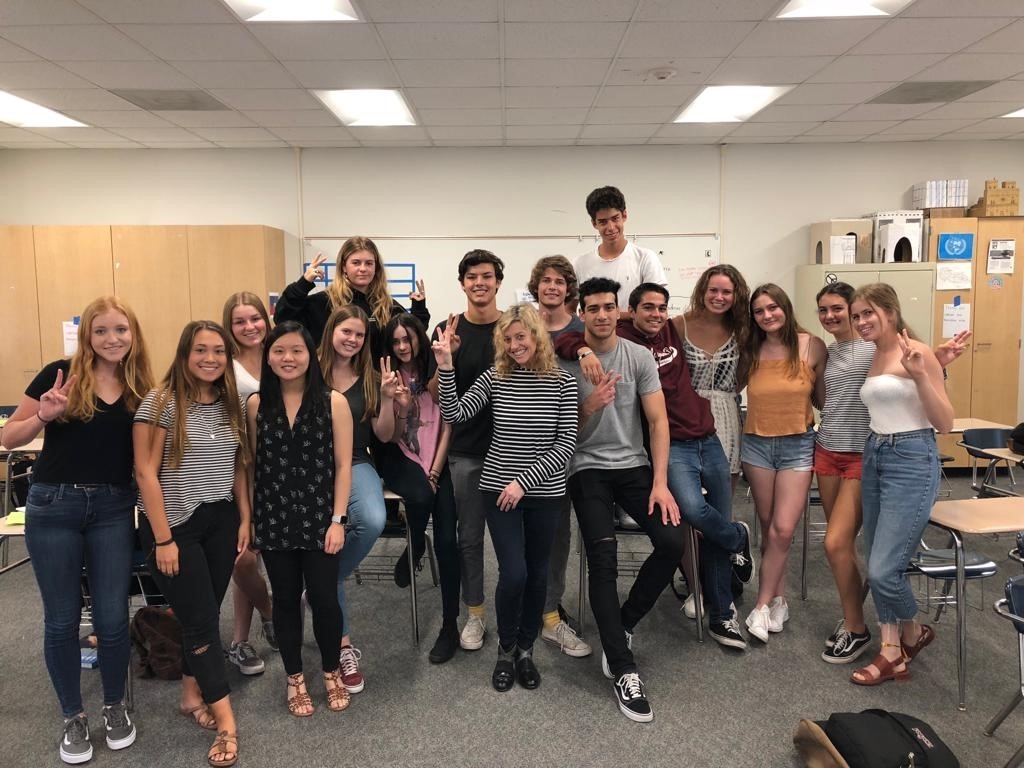 Odile and her studentscourtesy of Odile DewarAfter the Laguna Beach episodes, Odile and I lost touch some. It was only in late 2021 that I got reconnected to her by Jeanne Meyers. Yes, her again. One day as we were having a phone call via Messenger Jeanne gave me news of Odile. By then she had retired from teaching but was still living in Laguna Beach. Then we started exchanging messages via Whatsapp. The one thing that struck me most about Odile was her desire to help people, particularly my students. Yet she was very sick through it all. She suffered from several diseases and she thought that she was not going to survive the year. But I must admit that even though I knew that she was feeling very sick, I never thought that her life was threatened. It was just a feeling. What happened next was going to prove me right. But I will come back to that later. 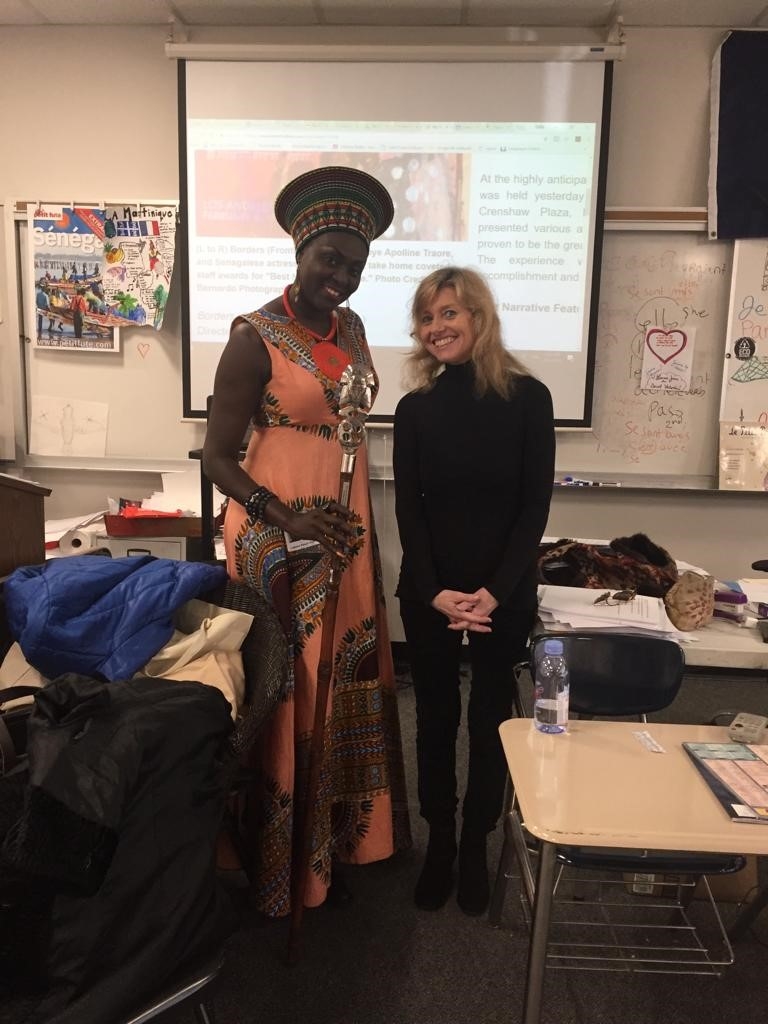 Odile and Amelie Mbayecourtesy of Odile DewarAfter we reconnected, Odile first asked me about some of our needs in school, as by now I had already been appointed Principal of a college in the suburb of Dakar, the capital city of Senegal. We discussed the needs which were mainly books and she said that she really wanted to help. The next thing she did was to send me funds to purchase books for our newly built library. Most of these books were much needed by the students as they study them for their exams.She did not stop at that. She connected me with Guillaume Danar from the French TV channel called TV 5 World and they donated the Internet connection to the library. Then she connected me with some members of the UN for an online poetry activity via ZOOM. After that came the episode with Amelie Mbaye who is a renowned actress in Senegal and throughout Africa. It was Odile who introduced me to Amelie during one of my my trips to LA. At that time, I never thought that one day she would come to my school and talk to my students about cinema. Odile undertook all these actions while being very sick. I remember telling her that she had to slow down and think about herself, take care of herself. But she always answered, "I want to help, you know? I want to help you..." And she kept helping and connecting me to more people, urging me to write poems and books. She always found the energy to keep going. She always sends me me her beautiful poems that is for me some kind of window open in her soul reflecting all the beauty of the light inside her. She is a true hero and an angel that loves humanity and cherishes every minute spent helping others.

Last but not least, Odile let me know that our common friend Amelie Mbaye, an actress, was back in Senegal where she starred in a TV series. I got in touch with her and after the trying time of Covid 19, we are developing the Art, Music and Poetry exchange (AMP) project , so that schools of Dakar could exchange with schools of other countries like the USA, Sierra Leone, and potentially Botswana and Uganda in the areas of visual arts, jazz Music and Poetry.

Prior to that I had been exchanging poems with Odile. I discovered her talent as a poet during a discussion when I told her that I loved poetry and that I had already written many poems. She then told me that she wrote poems and that she helped some of her students become poets too. I must admit that I immediately fell in love with her beautiful poems, so deep and moving sometimes, often reminiscent of the immaterial world, parallel, that is next to ours. There is a unique touch and feeling that permeates the poetic vision of Odile Dewar, blended with nostalgia of a lost world as if Odile was in pleasant dream she did not want to wake from.

The way she describes elements like wind, sand, fire or the sun or even the skies in her poems reveals her closeness to the environment and cosmos. I think that this also can partly explain her capacity to build strong and lasting friendship bonds with people.

Odile and I often have via whatsapp phone calls, like most people do nowadays. But during each one of our phone calls, I was amazed with her creative energy and her strong will to keep on connecting people and getting them to work together. She is a living force of nature.