by Kayla Le from San Diego, California in United States 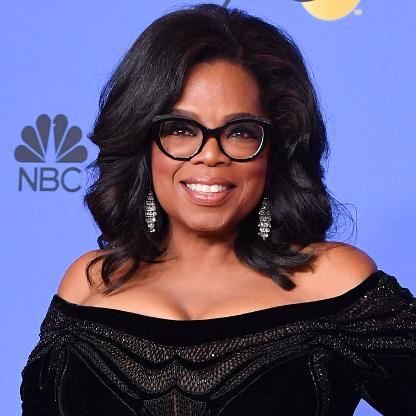 Oprah Winfrey at the Golden Globes in 2018https://www.forbes.com/profile/oprah-winfrey/“I don't think of myself as a poor deprived ghetto girl who made good. I think of myself as somebody who from an early age knew I was responsible for myself, and I had to make good” (Contemporary Heroes and Heroines). Oprah Winfrey is a woman who started off her life tough. She lived in a poor rural neighborhood and experienced racism and poverty. She knew that she had to make a better life for herself. Winfrey became her own savior and saved herself from living a life full of struggles. Oprah Winfrey was born in Kosciusko, Mississippi on January 29, 1994. She lived on a farm with her maternal grandparents, until the age of six. When she turned six, she moved to Milwaukee to live with her mother, Vernita Lee, who was working as a house cleaner. Her mother never had the time to be with her, so she devised many plans to get her mother’s attention, such as staging a burglary at her home, running away, and others. When she turned 12, she moved to Nashville, Tennessee to live with her father, Vernon Winfrey. In Nashville, her life turned upside down. Her father disciplined her, expected her to get good grades, never wear anything revealing, and never break curfews. He viewed education as the key to success. She became the first black person to win Nashville’s Miss Fire Prevention, won a $1,000 college scholarship for her speech called “The Negro, the Constitution, and the United States”, was named Miss Black Tennessee in 1971, and attended Tennessee State University. In 1973, when she was 19 and still in college, she was hired to be a reporter and anchor by the CBS affiliate in Nashville. A hero is someone that is always open to helping anyone, no matter what race, gender, or past they’ve had. They help people, not through a sense of duty, but rather through a need. They do it not to show off to the public. A hero is someone who overcomes their obstacles and limitations and learns from them, instead of letting it drag them down. They must also possess consideration and kindness; Oprah Winfrey unsurprisingly portray these traits. She proved herself as a hero by working hard to help others through her acts of kindness and doesn’t let obstacles limit herself. 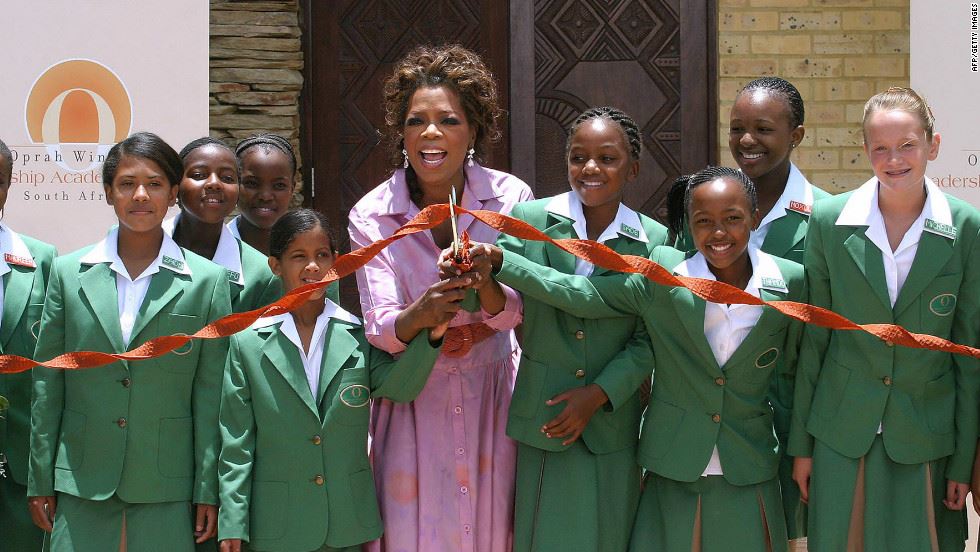 Oprah Cutting the Ribbon for Her Leadership Academy for Girlshttps://www.cnn.com/2012/01/25/business/oprah-winfrey-leadership-academy/index.htmlWinfrey demonstrates her consideration through her acts of kindness by not only donating her money, but also her time. She doesn’t help others just for attention or popularity, she feels a need to do it. In 1987, Winfrey funded $750,000 to provide ten scholarships to her alma mater and sent letters to each recipient convincing them to challenge themselves and boost their grades: “‘My mission is to use this position, power and money to create opportunities for other people,’ she told Richard Zoglin in Time” (Contemporary Black Biography). This demonstrates how she uses her platform for positive reasons by using that power not for herself, but for the people in need and to help others build positive opportunities. Winfrey did not need to fund $750,000, but did it because she wanted to help others become successful and not to show the public that she is charitable. In 1994, Winfrey started donating $30,000 a year at Chicago’s Cabrini-Green and started meeting with teenage girls there: “She makes time to meet regularly with a group of teenage girls from Chicago's notorious Cabrini-Green housing project, taking them to movies or to dinner or perhaps on a shopping spree. As the creator and sponsor of the club, she set the simple but strictly enforced rules: stay in school and don't get pregnant” (Contemporary Heroes and Heroines). Winfrey takes a lot the time out of her day to go meet with these girls and help them become their best version of themselves. She frequently spends her time for the sake of helping others. She tries hard to help them, and many succeed with this project and other projects as well. Oprah isn’t just a hero, she’s a hero because she donates her time, which is something you can’t replace. Winfrey truly wants to help others find their path to success and have a brighter future. She has touched the hearts of many by donating her time and effort to people who want to change for the better.

Oprah Winfrey characterizes a hero because she was able to defeat all the challenges she faced, which made her the person she is today. She thinks positively, pushes through, and uses her difficulties as something to learn from. She had to face many hardships in her earlier life, but was able to conquer them because she strived to live a better and happier life in the future. When Winfrey was nine, still living in Milwaukee with her mother, she started being sexually abused, which continued on for several years after: “...Winfrey was sexually abused by a teenage cousin, and then by other male relatives and family friends” (Contemporary Black Biography). Having to endure the pain for years, she was pregnant at age 14 because of this tragedy. A few weeks after birth, the baby died. Instead of letting this affect her life negatively, she decided to keep working hard for her goal. By working hard and striving for her goal of being a teacher and having a better future, she was able to reach her goals. When Oprah was 22 she moved to Baltimore, Maryland and started working as a reporter and evening news co-anchor: “She then took a job as a reporter and evening news co-anchor for a Baltimore television station, where her boss, critical of her looks, urged her to get a complete makeover. A too-strong permanent solution at one beauty salon she visited left her temporarily bald and shattered her self-esteem, resulting in a deep depression. Winfrey says she turned to food to help ease this depression” (Contemporary Heroes and Heroines). This demonstrates that once she had some difficulties, it lead to even more pain. Today, she no longer has any of those hardships due to wanting to become happier and healthier. She was able to conquer her complications and achieve her goal of becoming a teacher. She teaches others not through school, but through television. Winfrey has showed how she overcame her adversities instead of letting negative thoughts consume her and dragging her future down. 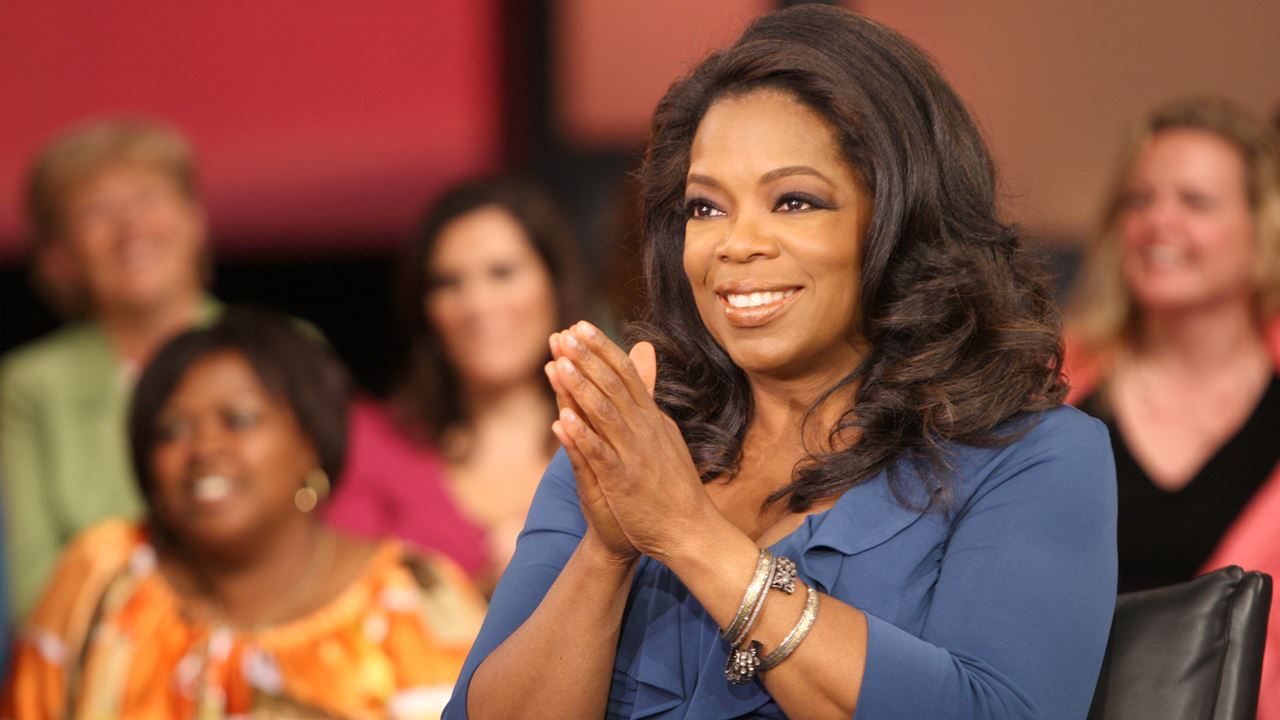 Winfrey on her Talk Showhttps://www.oprah.com/app/own-tv-shows.htmlOprah Winfrey is someone who stays kind to everyone, no matter what they look like or how they may act, and she can overcome any difficulty life may throw at them. Winfrey has faced many challenges that could have changed her future if she dealt with it differently, but her ambition to reach her goal in life crushed all the negative thoughts. She stays kind to others and wants to help others make a better future for themselves. Winfrey is an inspiration to others and myself, because many other people have the same story and background as her. Everyone has been through tough times, but we must overcome them for the benefit of ourselves, just like how she did. By being a host for her own talk show, she opened peoples mind about hardships and difficulties and encourages people to be kind. She has helped many people shape the way they are today and continues to help many more. “Think like a queen. A queen is not afraid to fall. Failure is another stepping stone to greatness” (Winfrey). Winfrey's compelling words and actions inspire others to stay positive and overcome their hardships for themselves.

Winfrey, Oprah. “Every Person Has a Purpose.” Oprah.com, www.oprah.com/spirit/how-oprah-winfrey-found-her-purpose.