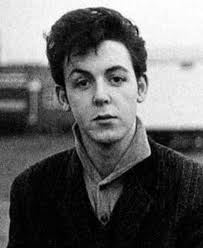 Paul McCartneyRanker“On the last day of planet Earth’s existence, people will think about Superman, blue tights and all” (Hogue). Heroes are the bringers of hope to our society even in the darkest of times where all seems to be lost which Hogue explains. Heroes have many admirable traits including: bravery, strength or innovativeness. Even just giving a compliment to a person who is having a rough day can be heroic. Heroes are found anywhere in today’s society and they are not afraid of a challenge or taking on the role of a leader. A hero is someone who will stand up for what they believe in, inspire others, or change someone's life for the better. We can see heroism from a war veteran to someone helping an elder cross the street. A person can be a hero for saying one nice thing to a person because that thing could have stopped a person from committing a life altering mistake. That comment may have seemed like nothing but it helped the person when they were troubled. A hero should exemplify morally right values and wouldn’t cause harm to another person.

A hero needs to be innovative to change the world and those around them, and they need to be a symbol of freedom. Nobody can embody these traits better than Paul McCartney. Paul McCartney was born in Liverpool, England, on June 18, 1942 to a father who was a bandleader and a mother who was a nurse. McCartney was an excellent student, musician, and singer as a child. He then became part of a band called The Beatles. He was the main singer and songwriter along with three other members: George Harrison, Ringo Starr, and John Lennon. The Beatles were together for 10 years before breaking up, but their legacy still lives on. The Beatles have sold around 2,303,500,000 albums since they began in 1960; they were one of the most popular bands of all time. Ringo Starr and Paul McCartney are the only ones alive today, and they still perform for audiences on their own. A hero like Paul McCartney must possess an innovative point of view, wanting to change how the world works and to be a symbol of freedom that everyone can look up to. Paul McCartney is not only a hero for creating some of the most famous songs of his time, but because of his reputation as an innovator and constructing new techniques to make music, and being a symbol of freedom. 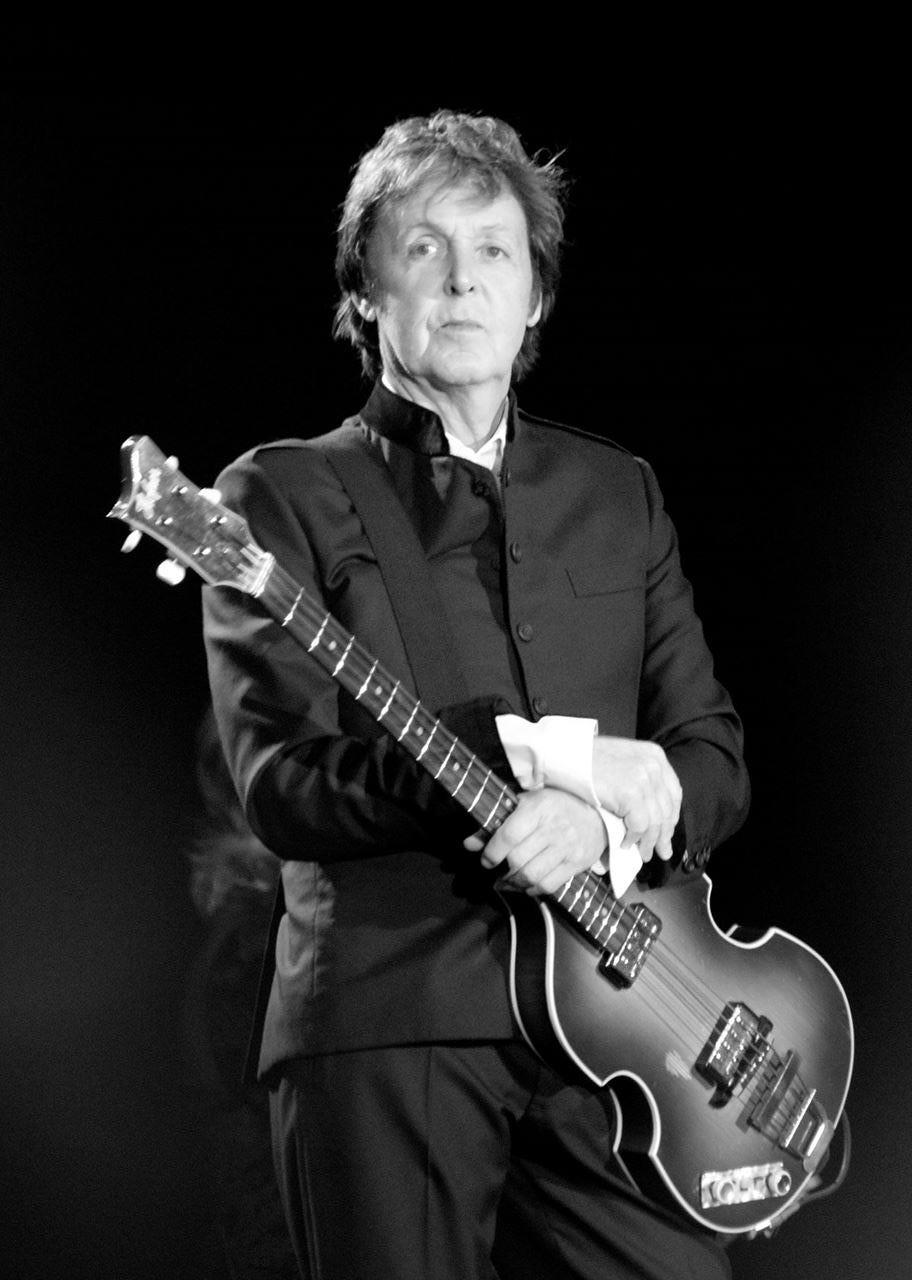 Paul McCartneyWikipediaPaul McCartney is a symbol of freedom for the world because of the songs he has written and the message he sends to the people who are trapped in a cage of despair. In Russia there were very strict rules in the 60’s about what the citizens could and couldn’t do. For example, listening to The Beatles wasn’t allowed. The music The Beatles produced made the youth in Russia feel free from the limitations of the government. Ali Littman stated: “Beatles music contained everything young people felt was lacking - joy, spontaneity, beauty and rhythm”(Littman, 47). In the article they also stated how, ‘“It was illegal. If something [is] illegal, people want it more and more. It means a piece of freedom” (Vova Katzman, 46). Since McCartney and his band were deemed illegal in Russia, that only made them even more famous because listening to them made the Russians feel free and they decided to share that freedom with others. Paul McCartney is a hero because the article states how listening to The Beatles let Russia's youth feel free from the government and how they didn't want to lose that freedom. The songs The Beatles wrote made them feel like people were able to stand up against an oppressive government and it allowed them to have a sense of freedom and justice. Paul McCartney is a hero because he made the youth of Russia feel like they were free again when they listened to his music because his music gave their life a new purpose. Paul McCartney was also a hero to 9/11 victims who were attacked on that tragic day; he wrote a song for them that reminded people to have hope: “Talkin' about freedom / I'm talkin' 'bout freedom / I will fight / For the right / To live in freedom / Anyone tries to take it away / They'll have to answer / 'Cause this is my right” (Paul McCartney, Freedom). In this song addressed to 9/11 victims, McCartney not only talks about how they will not give up their freedom to those who are trying to take it away, but he also gave all of the proceeds from this song to organizations that helped support the victims. After 9/11 people felt trapped; they just experienced the worst attack on American soil, Paul McCartney then decided to try to lift up their spirits and show how strong Americans were and how terrorists would never take away their freedom. However, this song wasn’t only for 9/11 victims, but for all people, he wanted to inspire everyone and show that no one can take away their freedom, and those who tried would have to put up a fight . He also used an uplifting beat that helped convey the message that no one should be imprisoned by fear. Paul McCartney is a hero because when people felt down he lifted them up and became a beacon of freedom to inspire those who felt trapped. 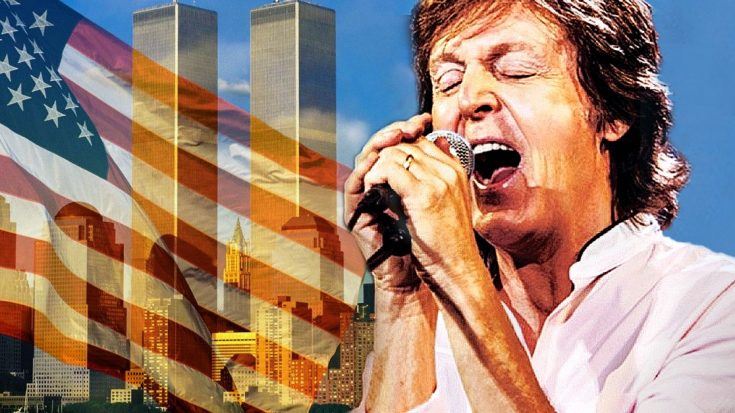 Paul McCartney is a hero because of his innovative music techniques which changed how music was produced forever. In the song Being For The Benefit Of Mr. Kite, McCartney thought of a way to use feedback from the microphone to their benefit after Lennon accidentally leaned against the Leslie speaker with a guitar which formed feedback, to which they used as the beat of this song. “Two organs play runs of harmony, a modified guitar sound (with volume pedal) and a tambourine were recorded at half-speed, then played back at normal speed – an octave higher than recorded. Yet another Beatles time-bending experiment that removes the song from the normal world” (Kevin Ryan). McCartney was a great innovator because of the way he thought outside the box and came up with ideas that had not been done yet. Not only did their music sound unique, but it sounded amazing to which the author wrote how they “remove[d] the song from the normal world.” This assertion shows his brilliance and the creative ways he would spice up his music with ideas no one had ever thought of doing. In the song, Blue Jay Way, Paul McCartney thought of new, innovative techniques to record this song such as playing a tape that was recorded earlier then playing it backwards during the song. Brian Kehew, a well known Beatles enthusiast, also wrote about what they did: “‘It's the actual song playing backwards against itself through a Leslie and then fading up and down, which is a really creative and very strange idea. I've never heard of anyone else doing something like that’”(Kehew). Since Paul McCartney was extremely creative he thought of new ideas that would change how music was made; this resulted in Paul McCartney being known as an innovator of music. Kehew also stated that he knows no other artist who has done this and how McCartney created music that was strange but creative. Paul McCartney is a hero for his innovative techniques because a hero should want to stand out and want to change the world, even in the smallest ways such as creating new music techniques.

Paul McCartney had many innovative methods as a musician and he was a symbol of freedom to many people, he wasn't just a famous musician that only cared about himself. Paul McCartney was innovative for making new techniques to construct his music in songs such as Blue Jay Way, Being For The Benefit Of Mr. Kite and many more songs. He is a hero because a hero should want to change the world around them for the better and have their own creative style for others to look up to. Paul McCartney was also a hero for being a symbol of freedom for 9/11 victims and the youth who suffered in Russia. Like all heroes, McCartney brings people hope and helps them feel free again because of his inspirational songs. Paul McCartney has inspired me to look up in dark times and try to help others when they are down. He has also inspired me to think outside of the box with everyday activities and to add a little flare, to have a laugh. He inspired not only me, he has inspired other bands such as One Direction: “We watched that film of The Beatles when they first touched down in America and we saw a real likeness with our personalities” (One Direction). The Beatles helped inspire One Direction to become a band because they thought how they could be like them. Paul McCartney is a hero for being an innovator and showing how he can be a symbol of freedom for those who feel like they are trapped. Heroes are found everywhere, from a war veteran to a world famous musician. 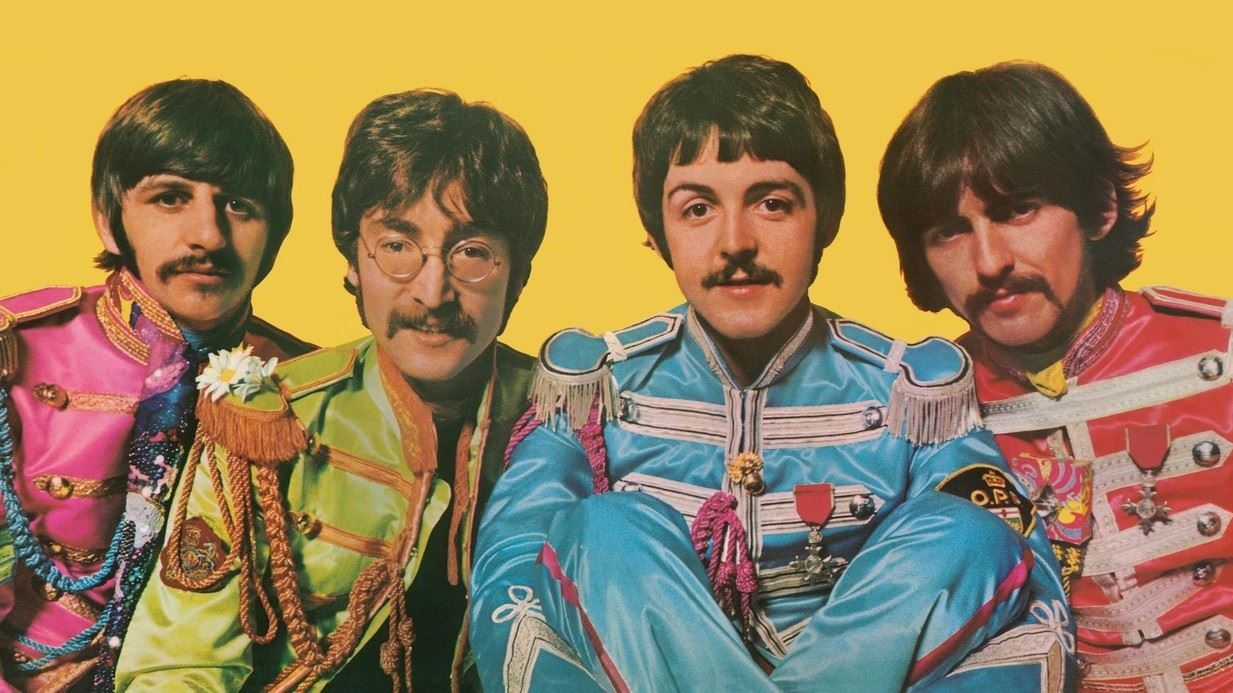 “The 10 Most Technically Amazing Beatles Songs” By Brian Kehew and Kevin Ryan,