by Alex Gaytan from San Diego, California in United States

I think the biggest advice that I could give people is to actually try and live beyond your dreams by pushing yourself, challenging yourself to do things a little bit outside of your comfort zone. 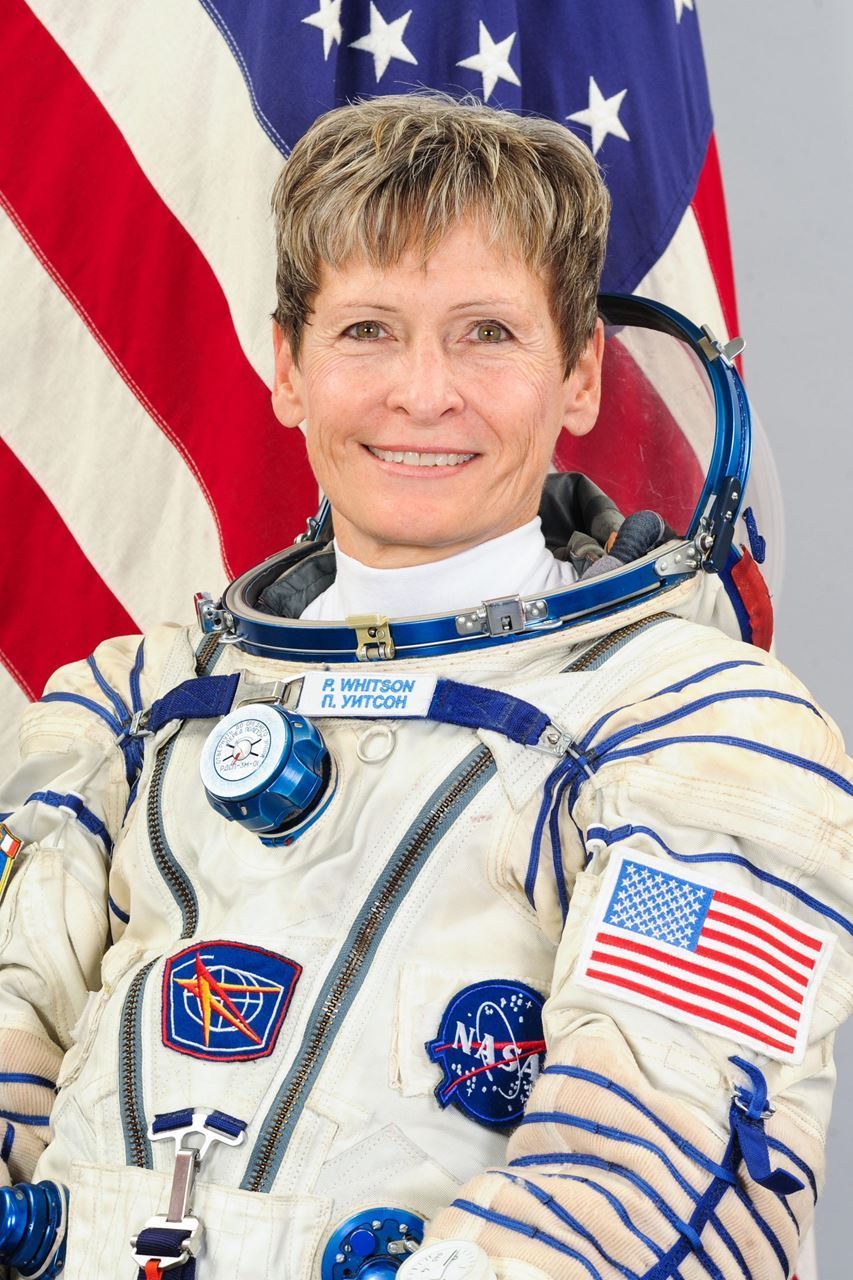 “Know what it is that drives you - motivates you - and pursue it. Endeavor to make it happen” (Peggy Whitson). This quote clearly defines the type of person Peggy Whitson is. She was the first female chief of NASA’s astronaut corps. Peggy spent her childhood on a rural pig farm near Beaconsfield. Her parents, Keith and Beth Whitson, inspired Peggy to follow her dreams. She admits she wouldn’t be where she is now without their support: "They always encouraged me, always told me you can do whatever you set your mind to." When she was nine years old she witnessed mans first steps on the moon. This set her down the path that made her who she is. As the first female chief of NASA’s astronaut corps, she dedicated her life to encourage people to follow their dreams and pursue whatever makes them happy. A hero is defined as “A person who is admired or idealized for courage, outstanding achievements, or noble qualities” (Dictionary.com). Peggy Whitson displays many characteristics that could be considered “noble”. She is hard-working and determined. She uses her determination and hard work to achieve her dreams and inspire others to reach for the stars.

Peggy spent day and night working hard to achieve her dream. She spent years trying to be an astronaut until finally "In May 1996, ten years of hard-work and persistence finally paid off when Whitson was selected for NASA's astronaut corps. Her first task was to complete NASA's two-year training and evaluation program for prospective astronauts. This intense and demanding program included water survival and SCUBA training until she was fully certified as a deep-sea diver. This experience prepared her for NASA's extravehicular activity (EVA) training, which takes place underwater”  (“Peggy Whitson.”Peggy Whitson). Peggy Whitson knew that after ten years she still had more work ahead. However, she courageously pushed forward day after day of intense training. She spent ten years to get to this point only to have more painful work in her way. However, she persevered, knowing that the road to achieving her goal was not going to be easy. Whitson knew that one way to get into the astronaut corps of NASA was to have an advanced degree in biology and chemistry. This led her to dedicate years of her life to studying these complicated subjects at Iowa Wesleyan College; “Realizing also that an advanced degree in science was one ticket into the astronaut corps, Whitson went on to Iowa Wesleyan College to study biology and chemistry”( "Peggy Whitson."Newsmakers, Gale).

Peggy Whitson believed in her dream of becoming an astronaut. Every year she submitted an application for admission into NASA’s astronaut program, and each year she was denied. Nevertheless she continued preparing applications. It took great courage to persist even after being rejected. Even though her confidence faltered, she always had her determination and that is the reason that she was finally accepted. “That same year, she submitted her first application for admission into NASA's astronaut program. When she was passed over, she did not admit defeat. Instead, she simply prepared another application for the next class. For the next decade, her application was rejected every year. But she never gave up. After each rejection, she filled out another application for the next year's program” (“Peggy Whitson.”Peggy Whitson). Instead of admitting defeat and giving up on her dreams she held her head up high. “She is a NASA biochemist and astronaut and holds records for the most time spent in space by any American (more than 534 days), the most spacewalks of any woman astronaut (9 career spacewalks), the oldest woman to travel into space (at the age of 56) and the oldest woman spacewalker (at the age of 57). She is also the first woman astronaut to command the International Space Station twice (2008 and 2017) and the first woman to serve as Chief Astronaut of the NASA Office (2009)”( Peggy Whitson Biography. Com). Starting as a young girl striving to be an astronaut she demonstrated exceptional determination that many other kids don’t have. This determination led her to breaking numerous records and helping others reach their true potential.

Through Peggy Whitson’s determination and hard work, she inspires others to pursue and achieve their goals. Peggy Whitson was subjected to required rigorous and demanding programs, all to become a prospective astronaut. All of this training led up to her receiving her deep-sea diver certification. Only to be thrust back into more training in the form of NASA’s extravehicular training, “She was exposed to high- and low-air pressure situations so that doctors could see now her body reacted to these emergency conditions. She also spent time on NASA's "Vomit Comet," a special jet plane that creates conditions of virtual weightlessness (levels close to zero gravity) by making steep, sustained dives”( “Peggy Whitson.” Biography Today). Peggy Whitson is a great example of never giving up and following your dreams. Peggy Whitson inspires people to keep going and to reach their dream. Peggy Whitson knew what her dream was from a very young age. Whenever an obstacle was in her way she just kept working to find a solution, she knew what motivated her and she pursued it. Peggy Whitson inspires people to keep going so they can reach their dream.