by Gabriella S. from United States

Princess Diana’s super power wasn't just being royal, she was a very strong courageous woman that loved to help others. Diana had so many amazing, accomplishments and her background story shows how she got there, and how she became the Princess of Wales.

Diana Frances Spencer was born on July 1st 1961 in Norfolk, England. Time passed and when little Di turned 8 years of age she was sent to boarding school after her mother and father got divorced. When she turned 16, she met Prince Charles for the first time at a friend's house. The second time they met was when Diana was 19 and love started to form. The two were dating but kept it a secret from the media. But when they told the public everyone was jumping for joy! Although they were a happy couple, their marriage started to crumble in the early 1990’s. The couple divorced in 1996, the year before Diana died in a horrible car crash in France on August 31, 1997. 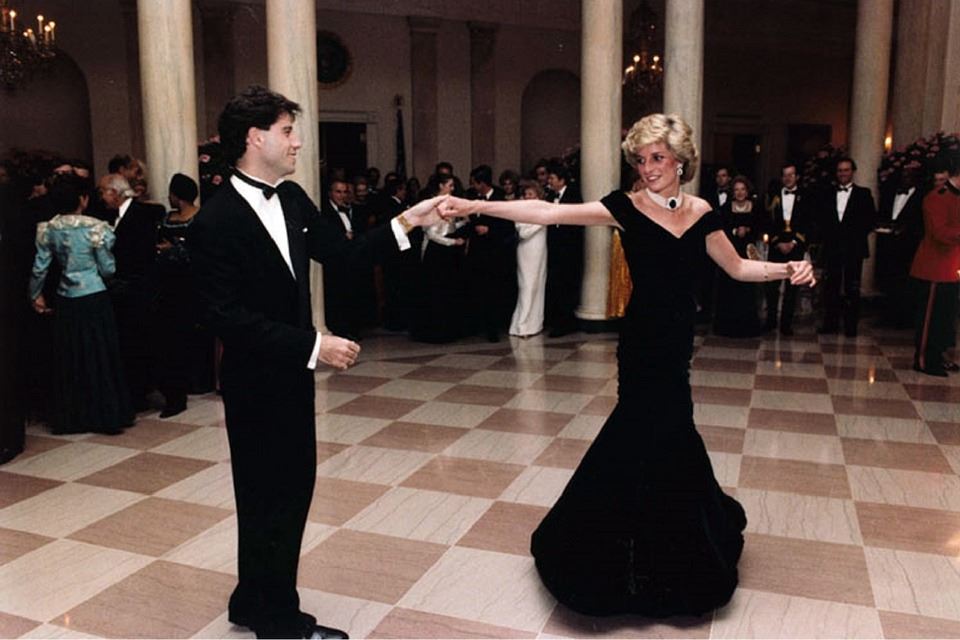 Princess Diana and John TravoltaPublic DomainBesides being royal Diana wanted to be treated like a normal person sometimes. Which is why she attended charities. Diana would often visit sick children and battered woman. Everyone knew that she had something special, she was kind, she was hardworking and helpful. Diana would speak for charities such as The Red Cross and the AIDS foundations.  However one of Diana’s biggest accomplishments was when she outlawed the use of landmines in battle. When battles were over the landmines were just left there. Therefore the out of use landmines were causing innocent deaths to people. But if it wasn't for Diana this couldn't be possible.

Diana was an amazing lady as you can probably tell. Diana had some really hard times and so many accomplishments also. She really was a strong, courageous, woman.