“Carry out a random act of kindness, with no expectation of reward, safe in the knowledge that one day someone might do the same for you.” - Princess Diana 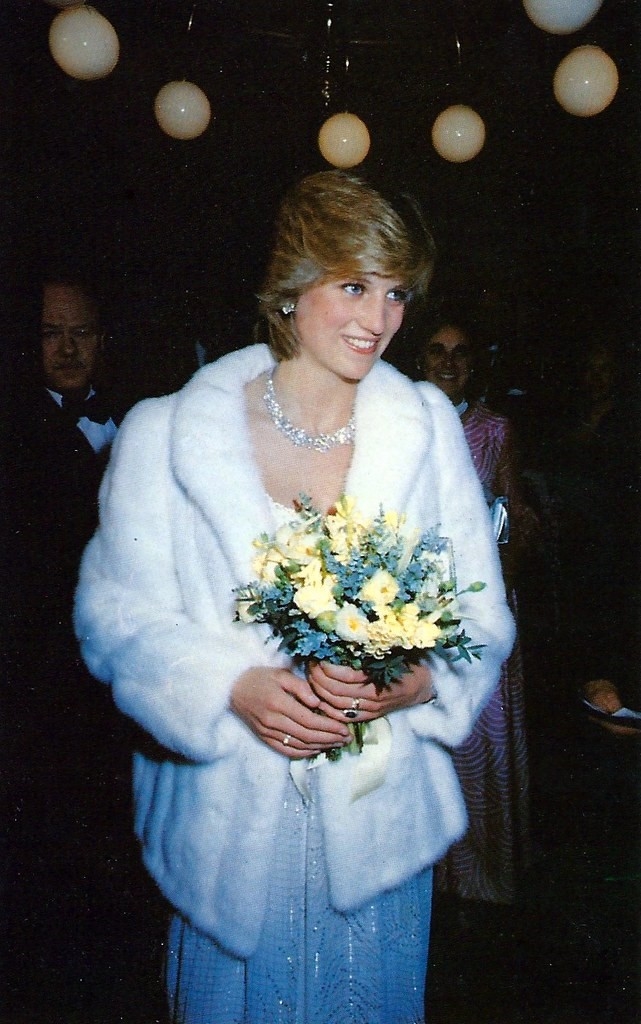 "Princess Diana At The Premiere Of Little Foxes, 1982France1978In modern society, heroism has evolved to become much more than colossal muscles and shiny swords. Individuals who exude bravery and courage in their attempts to make the world a better place are considered heroes today. Those who put others before themselves while simultaneously battling their own inner struggles show the morals of a true hero. These people leave a positive impact on the world, not only brightening the lives of everyone around them but for generations to come. Princess Diana, born in 1961, was a model example of what a hero should be. By nature, she was an incredibly empathetic and giving individual; she continuously donated to many charities and organizations aiming to spread awareness on meaningful causes. She privately suffered from detrimental mental illnesses, yet she managed to rush to the aid of anyone who needed help. Her outspoken nature and modern values made her a hero in the eyes of young girls and women everywhere. Her reputation and impact on this world remain untarnished, deeming her the “people’s princess” (Kolev). Princess Diana exemplified the traits of a true hero, unflagging in her attempts to create a world of warmth for the sick despite her own difficulties and set a model example for women all over the world.

Princess Diana was one of the selective members of royalty who used her higher status to help the sick and injured. She differed from other royals by withholding an extraordinary level of compassion and empathy aimed at helping those suffering from diseases and illnesses. Not only did she donate to many charities supporting AIDs and HIV, she also traveled places all over the world to acquaint herself with those suffering from these diseases. Her belief in the power of touch and the connection made from hugging caused lots of backlash from the royal family, but the princess did not surrender to their traditional values (Kolev). Although the risk of catching disease or sickness was high, she was persistent in her attempts to create a greater connection with the people and love them to the fullest extent. History states that “many examples exist of Diana's personal visits to homeless shelters and leprosy wards, of her physically touching those with HIV/AIDS or sitting with children dying of cancer” (Nieboer). She not only presented organizations with “millions of dollars for many causes benefiting the sick and the poor,” but she also “gave of her time and herself” (Kolev) in efforts to resolve the humanitarian crises around the world. As depicted by her actions, Diana's empathy and compassion were unprecedented to the people of England. She withheld strikingly human characteristics while holding a position of the utmost importance, and her love for the people was incomparable. Diana depicts exactly what a hero should be; rather than fighting beasts and monsters, she fought traditional values and rules in order to help those in need. As shown by her support to charities and organizations, altruistic values were paramount to Diana. She did everything in her power to benefit those around the world, going against conservative ideals and risking her health to create personal connections with the people. Diana not only risked her physical condition to help those who needed it, but also her mental health. 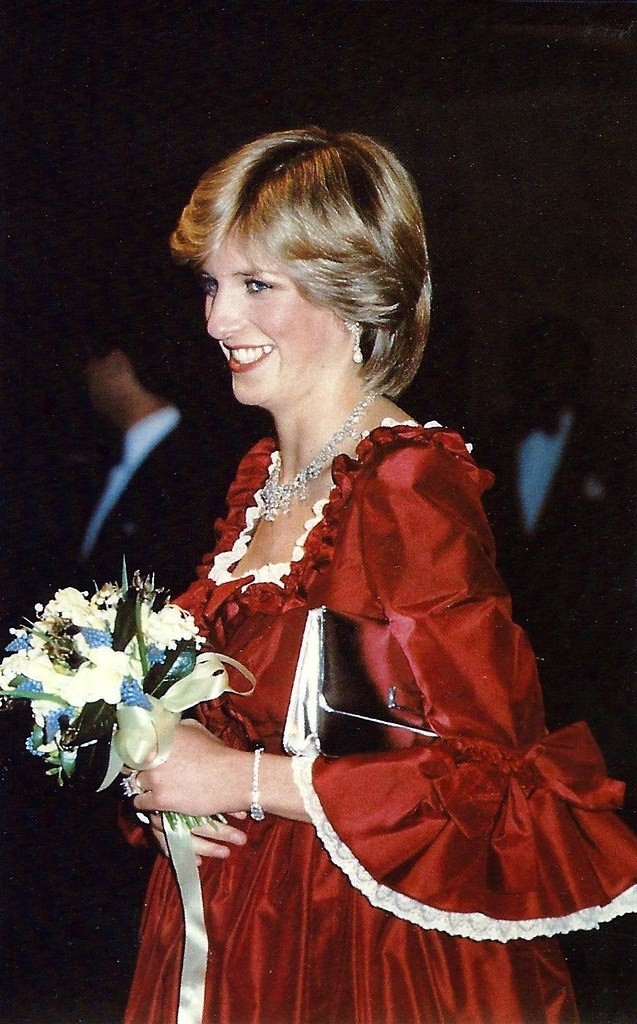 Princess Diana At The Barbican Centre, 1982France1978Diana battled with multiple mental health issues during her time as a princess, yet she managed to show unconditional compassion towards anyone who came her way. She suffered from a severe case of bulimia and developed depression during her time in the royal castle (Morton). However, Diana decided that the pressing issues around the world were more important to tend to: “In spite of her personal needs and problems the poor and sick in the whole world desperately needed help, her help” (Kolev). Although she was drowning in her own troubles and mental illness, she put all her strength and attention towards others who were suffering as well. Her sheer selflessness was extraordinary, something that the people of England hadn’t encountered thus far. What made Diana’s case most unique was that, “instead of giving in to the depression, Diana turned toward philanthropy to make her life meaningful…” (Nieboer). She based the meaning of her life on the philanthropic and generous deeds she performed towards others. Her determination to channel the negativity of her illness into a positive undertaking displays true heroic qualities. Although it is especially heartbreaking to know that Diana suffered from such difficulties in solitude, her case made others suffering from the same illness feel accepted. In a time when mental illness was frowned upon and hidden from society, “long before mental health became a celebrity cause, Diana found her voice and used her platform to bring mental health out of the shadows” (Global Mental Health Programs). She spread awareness about bulimia instead of concealing it from the public eye, which helped many others speak out about the topic. Diana became the model of a mental health advocate, helping others feel welcomed and comfortable about a once scrutinized topic. “Because of Diana’s openness and honesty about her struggles with her eating disorder, countless people were empowered to also be open and admit their own, similar struggles'' (National Eating Disorders Association). Diana’s impact was widespread, affecting millions of people she had never encountered. She gave hope to people around the world that felt as though acceptance was not possible. Her advocacy towards mental health awareness also made her a role model in the eyes of women everywhere. 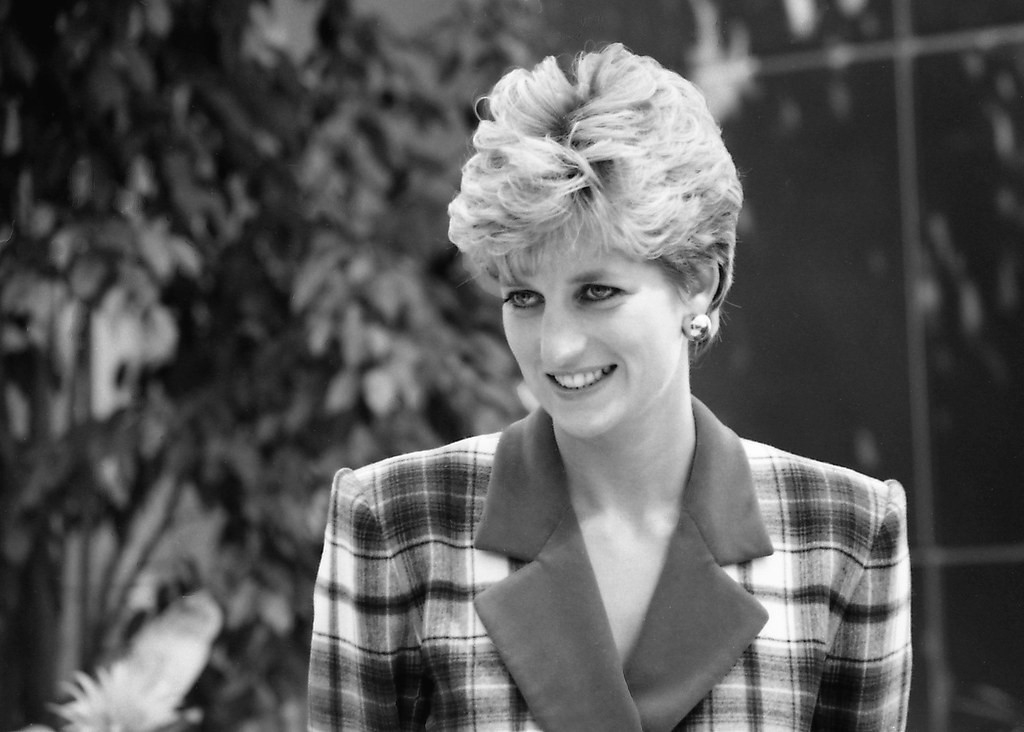 Princess Diana at the Accord HospicePaisleyorgukPrincess Diana was a widely acclaimed feminist and promoter of equality. Her valiant efforts to live life as she pleased were sometimes mistaken for recklessness; in a world where men controlled the feminine social norms, Diana created her own customs. "From now on, I am going to own myself and be true to myself. I no longer want to live someone else's idea of what and who I should be. I am going to be me” (Kolev). Her willingness to open up about matters of the body and mental health generated criticism from conservatives and the royal family, but conversely pleased women all over the world. Many accounts of females opening up about their own bodily and mental issues came out after Diana’s autobiography was released. Her progressive ideals of female power and the ability of women categorized her as hysterical and rebellious, but the princess did not veer away from her beliefs. “‘This needs a woman’s touch,’ was her common refrain,” Morton wrote. “Her view in essence was that so many issues and problems in a male-dominated world derive from the aggressive, secretive and often insensitive masculine ego” (Morton). Diana understood the detrimental effects of an insensitive patriarchal society, and she advocated for more feminine “touches” due to the equanimity of women. She withheld much sensitivity and kindness when advocating for female rights, always taking into consideration the position of others. “I think every strong woman in history has had to walk down a similar path,” Diana said. “And I think it’s the strength that causes the confusion and the fear” (Morton). As a member of the royal family, it was unusual for Diana to relate to the everyday struggles of women. However, remaining in a misogynistic family and broken marriage, Diana’s personal issues were not so different from those of everyday women. She regularly spoke out about her famously controversial marriage, helping other women in similar positions get through their own troubled relationships. Diana was dauntless and fierce about eradicating the feminine social norms. Her vulnerability only made her stronger in the eyes of young girls and women going through similar issues. The example she created paved the way for future royals and females everywhere.

Diana’s impact on this world is immeasurable; she was a breath of fresh air in a world where people felt as though they were drowning. To this day, Diana is remembered as “the queen of people’s hearts” (Morton). Her unbelievably giving nature benefited not only those to whom she extended a welcoming hand, but also those who followed in her example. Her influence allowed many people to seek treatments and heal from mental illnesses they would have otherwise suffered from, showing how truly heroic Diana was. She saved many people just from speaking about her own issues and empathizing with those going through similar situations. She disregarded the traditional rules of the royal family to display the human characteristics that the people craved, empathizing and sympathizing on an entirely new level. For women all over the world, she was a model feminist and mental health advocate who aimed for equal rights for everyone. Diana’s compassion and warmth are qualities that I strive to depict. Her desire to help others is something that not only I but millions of people respect and adore about her. The confidence and willpower she withheld are admirable, and her presence on this earth will forever be missed. Through and through, Diana is the embodiment of a hero, determined to make the world a better place for those struggling despite her own challenges.

"Princess Diana at Accord Hospice" by paisleyorguk is marked with CC BY 2.0. To view the terms, visit https://creativecommons.org/licenses/by/2.0/?ref=openverse

"Sovereign Series No. 4 Royal Family 1982, No. 31 Princess Diana At The Premiere Of Little Foxes, April 8, 1982, Published By The Prescott-Pickup Co. Ltd., Made In England" by France1978 is marked with CC BY-SA 2.0. To view the terms, visit https://creativecommons.org/licenses/by-sa/2.0/?ref=openverse