by Dayita Ray from San Diego 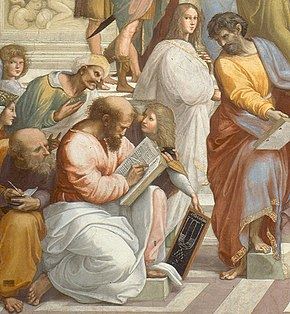 A scholar at workhttps://en.wikipedia.org/wiki/PythagorasBy high school, the formula a²+b²=c² has become a familiar formula to all students. Its creator, Pythagoras, is a household name. However, the Pythagorean Theorem was not his only achievement. Pythagoras was a mathematician, philosopher, teacher, and mystic. He was born in Samos, Greece to his father, a gem merchant, Mnesarchus, and his mother, Pythais, and had two or three brothers. He spent his life studying under various teachers until he reached the age of 40, when he left Samos to establish a school to spread his teachings, sharing academic and ethical values, both sprung from his copious amounts of education. These academic advancements and ethical code are what truly made him a hero. 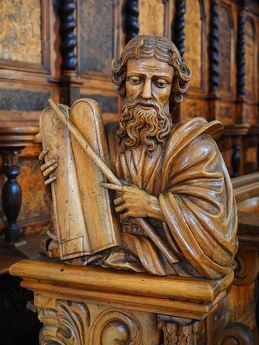 A statue depicting Pythagoras, the musicianhttps://study.com/blog/notable-contributions-made-by-pythagoras-to-know-on-pythagorean-theorem-day.htmlPythagoras is most well-known for his heroic discovery of the Pythagorean Theorem. He and his followers, the Pythagoreans, concluded,“The numbers 3, 4, and 5 are called Pythagorean numbers (52 = 32 + 42, or 25 = 9 + 16). [...] it was conceptualized as a geometrical square (C) constructed on the side of the hypotenuse, and the sum of the areas of the two squares (A and B) is equal to the area of the third square,” (“Pythagoras”). The Pythagorean Theorem states the sum of the shortest side of a right triangle squared and the second shortest side squared is equivalent to the third side, the hypotenuse, squared. His discovery of such a pattern advanced mathematics tremendously. With the theorem, the length of any line can be found by converting its surroundings to a right triangle. This process has contributed to both geometry and trigonometry, and mathematics would not be where it is without Pythagoras, making him a hero.

Though his mathematical influence was his most notable one, Pythagoras also heavily influenced music. “Pythagoras discovered, probably to his great delight, that there was a connection between the length of a string (on an instrument like a guitar) and the pitch of its vibrating note. Shorter strings gave a higher pitch than longer ones. Further analysis showed that a string twice as long as another would give a pitch twice as low. Finally, Pythagoras discovered that an instrument's strings would produce harmony when the ratio of the string lengths was a whole number,” (“Pythagoras of Samos”). Pythagoras was able to use his mathematical talent to establish a connection between musical notes and he learned the ratios between string lengths changed the sound to an extent. The word “harmony” implies Pythagoras was able to establish a connection between music and the neurological system. He changed string instruments due to the realization the length of the string changes the pitch, which contributes to the idea of tuning, or tightening strings to change pitch. These various differences in pitch changed the music industry forever. Although they were incredibly impressive, Pythagoras’ scholarly achievements were not all he was. 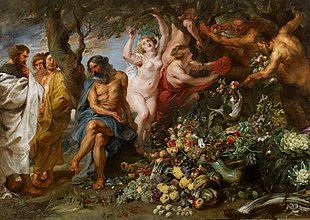 Pythagoras believed in vegetarianism among other thingshttps://en.wikipedia.org/wiki/PythagorasPythagoras’ moral code made him a hero. His ethics were a more personal and more identifiable aspect of his personality, rather than just his actions. The Pythagorean beliefs were “... secrecy, vegetarianism, periods of food abstinence and silence, [...] refusal to wear animal skins,” ("Pythagoras”). These beliefs made Pythagoras not only a good person, but a hero. His belief in secrecy meant he kept things to himself and had loyalty to others. His belief in food abstinence showed he believed in having good health, as abstinence was believed to have healthy benefits at the time. His belief in vegetarianism and refusal to wear animal skins showed he respected animals and he did not harm them. A rule of his followers was: “Both men and women were permitted to become members. In fact, several female Pythagoreans became noted philosophers,” ("Pythagoras”). Women in Ancient Greece, like in most places during that time period, were treated as objects. Their “place” was staying at home and tending to the children. The few that were allowed to work could only do low-class jobs such as working in shops. They were more likely to be abandoned and weren’t often educated. However, while it may not seem like any large feat now, in comparison to the standards back then, Pythagoras was able to provide education, more respectable jobs, and more purpose in life to women, rather than being one of the many men that took it away. If his scholastic achievements weren’t impressive enough on their own, he  also managed to be a stellarly virtuous person.

Pythagoras’ studious advancements and righteous principles not only made him a commendable person and a hero, but an inspiration as well. “Pythagoras established in what is now the southeastern coast of Italy a philosophical, political, and religious society whose members believed that the world could be explained using mathematics as based upon whole numbers and their ratios” (“Pythagoras”). His accomplishments were impressive, and his willingness to teach others magnified them. He taught and inspired other great Greek treatises such as Thales, Plato, and Aristotle. It may be unknown how Pythagoras died, but the world knows his legacy will live on.

"Pythagoras of Samos." Math & Mathematicians: The History of Math Discoveries Around the World, edited by Leonard C. Bruno, UXL, 2008. Biography In Context,

"The Philosophy of the Pythagoreans." Science and Its Times, edited by Neil Schlager and Josh Lauer, vol. 1, Gale, 2001. Biography In Context,