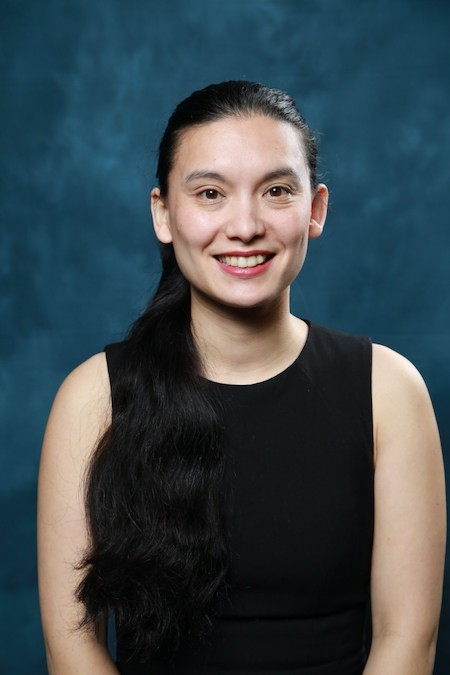 At a time when we are going gaga over the new James Webb Telescope (JWT) images, I couldn’t help but wonder what kind of person will succeed at their dream of becoming an astronomer.

Astrophysicist Regina Barber stands out in a crowd for a variety of reasons, but especially in her career path as a prodigious woman of multiple ethnicities in science. In an article by the American Astronomical Society’s Committee on the Status of Women in Astronomy, the interviewer described Barber as “a Mexican-Taiwanese-American, pop-culture-obsessed astrophysicist,”[i] as she often describes herself. On Twitter, she is “Astrophysicist, Pop-culture obsessed, [email protected], Scientist in Residence at #NPRShortWave.” NPR Short Wave is a podcast that focuses on “science for everyone.”

Barber earned her PhD in physics at Washington State University (WSU) in 2011, studying distant extragalactic globular clusters using Hubble Space Telescope images. I searched for her articles on Research Gate and found several. The article entitled, Ultra-Compact Dwarf Candidates Near the Lensing Galaxy in Abell S0740,” in The Astronomical Journal, caught my eye.[ii]

While I don’t claim to understand astronomy, I’m fascinated by the general concepts--especially the Hubble Telescope and JWST images. Understanding a few words here and there, I discovered that the two astronomers were analyzing Hubble imaging data of the giant elliptical galaxy ESO325-G004, located 416 million light years away in the constellation Centaurus. This was truly impressive: the kind of work that Barber started doing in 2008 continues to change the way we view the universe, and our place in it. And from where we stand in 2022, with the ultra-fine clarity and depth of the JWST images, it will be awesome to see how much more we will learn about our species and our universe in the years to come.

Barber taught physics, astronomy, and science communication at Western Washington University (WWU) from 2013 to 2021,[iii] where she also worked to bring science into the mainstream. In order that anyone can be able to see themselves practicing science, she co-created and hosted the KMRE & WWU podcast,  Spark Science, which provided inclusive and entertaining science content for academics and non-academics alike. Her goal was to make the scientist more human and science more accessible.[iv]

She has also been very active in inclusion and outreach: for example, she designed the position of STEM Inclusion and Outreach Specialist at WWU to provide support for underrepresented STEM students and faculty and continues to hold that position.

Currently Barber is Scientist in Residence at #NPRShortWave,” a podcast that aptly focuses on “science for everyone.”

Born to a Chinese mother and Latino father, Barber was raised 20 miles north of Bellingham, Washington in predominantly white rural Lynden. Then in the summers she would to San Diego and East L.A. to stay with her cousins, where multi-ethnic people like Barber were more common. Code switching--depending on whom she was speaking to, was a survival skill that she learned early in life: “Growing up as a multiracial kid in Lynden—where I wasn’t Chinese enough, or Mexican enough, and certainly not white—paved the way for me to keep pushing at the boundaries of all these intersectional identities of mine,” she told John Thompson in an interview with WWU’s Western Today.[v]

She also said that “she never fit into any of the preconceived boxes that society has tried to place her in.”

But when she got to college she felt like she was home. Barber said it was freeing to her to arrive at a place where she could embody her identity as a “nerd, science lover.”  Hardworking, she got involved in the science scene at WWU--for example, she managed the planetarium for three years. Most importantly, she said, she created a group of physics students to study with and support each other, and they became incredibly close over the years.[vi]

Juggling parenting during the final years of completing her Ph.D., she experienced funding challenges, but that didn’t hold her back. When the interviewer at Women in Astronomy asked Barber what was most fundamental to her success, she said that the most important thing is to finish what you start. Barber told MY HERO: “Stick with it until it is not integral to where you want to be—or if it’s toxic,” she added.

Later, teaching at the University, Barber was one of only a handful of professors who had grown up poor. She told MY HERO that she came from a low income family and that her parents didn't go to college until Barber was an adult. This made her different as well, for, as a recent study has shown,[vii] university faculty are 25 times more likely to have had a parent with a Ph.D. than the general population and tended to grow up in neighborhoods that had a 24% higher median income than the general public.[viii]

My identity awareness evolved slowly…It’s so oppressive that I had to understand what passive and institutional racism are and who I am in this. I knew about racism, my parents talked about it. My uncle, for example, sat me down and said, “If they call you ‘this slur,’ that’s Puerto Rican—you’re Mexican.” In Bellingham—at the University, at least people weren’t throwing things at me or calling me racial slurs.

Working for Inclusion in the Field of Science

Since receiving her doctorate in 2011, Barber has been active in SACNAS (The Society for the Advancement of Chicanos and Native Americans in Science), the largest national organization focused on racial equity in STEM (sacnas.org).

“Talk about intersectionality – I was a U.S.-born multiracial woman of color with a doctorate in Physics,” she told Thompson. “I knew it was important that there was an effort to have more people like me in the sciences, and that SACNAS chapter was my first real start in getting that effort going. It was about talking to these kids about who they could be and how they could get there. It was just communication. And they did the rest.”[ix]

Barber is an ambassador for diversity in the sciences and continues to follow a path that fulfills her.

When MY HERO asked Barber if she missed working in the hard sciences, she responded thoughtfully:

When I see an article on globular clusters, I get a tiny pang. But I don’t want to spend my whole life in a tiny subject: I want to make a difference. My brain is just too curious and adventurous: I want to know everything!

Being Scientist in Residence at Shortwave is amazing. In addition to astronomy, I’m assigned to other stories, for example, I just did a story on national parks. I’m excited to learn new things. If my enthusiasm is contagious enough that someone wants to listen… I can be a catalyst for people to look up stuff on their own. That’s how I can change the world: advancing many peoples’ relationship with science, making science less scary.

I think my greatest skill in being a science communicator is knowing how to connect to your audience in some way. It’s easy for me to find something in common and connect with people. That’s why I love pop culture/media, TV, and movies.

Barber spoke with Thompson about the public’s stereotypical idea of a scientist: “It’s so frustrating, but we all know what it is: a heterosexual white cis male secluded in a lab somewhere who can barely communicate with his fellow human beings.” Barber wants to destroy that stereotype: she wants the scientific community “to look like and reflect the cultural cross-section of our country. Is that too much to ask? I don’t think so.”

In 2019, Regina Barber won WWU's Women of Color Empowerment Faculty Award. In addition to her many other activities, she is currently NPR Short Wave's Scientist in Residence where she guest hosts the show. (#NPRShortWave) She is also a mother, and likes to take walks and play video games with her family.

[i] AAS Committee on the Status of Women in Astronomy. “Career Profile: Astronomer to STEM Inclusion and Outreach Specialist.” Posted by JoEllen McBride on December 15, 2020. Part of a series is compiling interviews highlighting the diversity of career trajectories available to astronomers.

[vii] University of Colorado that examined the early childhood socioeconomic status of tenure-track faculty at PhD-granting departments in the United States. The study, entitled Socioeconomic Roots of Academic Faculty was authored by Allison C. Morgan, Nicholas LaBerge, Daniel B. Larremore, Mirta Galesic, and Aaron Clauset and was published at socarxiv, a preprint server of moderated papers in the social sciences.