The first time I heard about Richie was when he won the 2011 World Cup, and at that time I did not know what rugby was, I think. The reason why I chose Richie McCaw is because he just inspires me to become a better No.7 than I am now, so that’s why I chose him.

The reason how he got where he is now is he got sent to boarding school, and there was a rugby team there, and when one crucial game came, he was being watched by Steven Hansen. But at the time he was coach of Canterbury, and Richie played a few games for them, and then at the end of the year he went to his mum and dad’s friends as the new all blacks team was being called, and his name got called out, and they all got up on their feet and cheered for Richie.

Richie's personality is very unique. If he loses he is not a very happy person because as soon as he started winning, he never wanted to stop winning, so he is really competitive. He has crooked teeth, spiky hair, and a croaky voice. He loves flying helicopters and planes, and he is also passionate about rugby of course. Unfortunately he doesn't play anymore, but it probably is good he doesn’t because when I watched the documentary about him like 12 times he said he had reached all of his goals.

Richie McCaw was the captain of the All Blacks, and he had to work his way up to where he is, but right now he flies helicopters and planes. He is also a dad, and that is all I know.

That's why he is my hero. 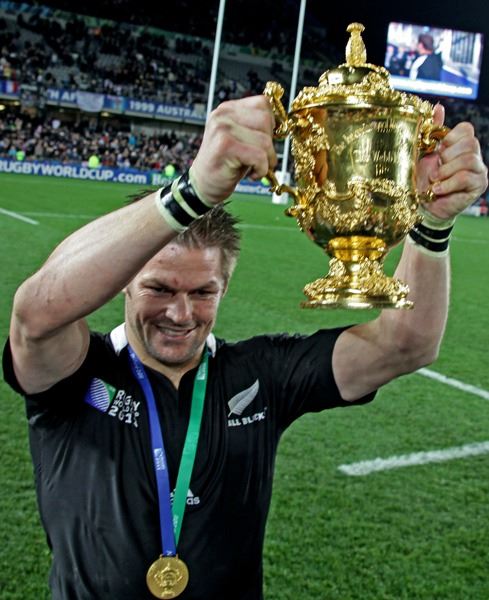