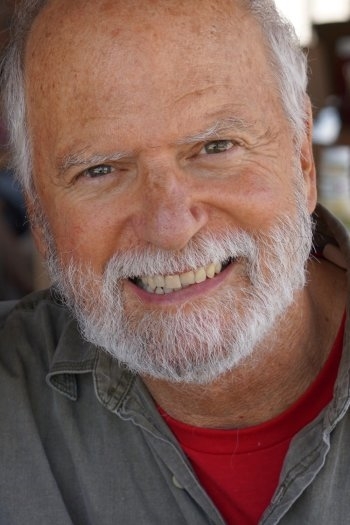 Robert Shetterly is an American artist best known for his portrait series,  Americans Who Tell The Truth.  Parts of this incredible series have been touring the US, where they are exhibited in public places such as schools, libraries, museums, galleries, and more.

Painting the portraits has given Shetterly the opportunity to speak with children and adults all over the US about the necessity of dissent in a democracy, the obligations of citizenship, sustainability, US history, and how democracy cannot function “if politicians don’t tell the truth, if the media doesn’t report it, and if the people don’t demand it.”

In 2005 Shetterly published a book by the same name as his portrait serries: Americans Who Tell the Truth. In 2006, the book was awarded by the International Reading Association for Intermediate non-fiction and listed by the nonprofit Children's Book Council as among the "2006 Notable Social Studies Trade Books for Young People.”

The book includes striking portraits and sage words of brave and often unsung heroes from all walks of life who are speaking truth to power, reflecting what it means to be part of American democracy. 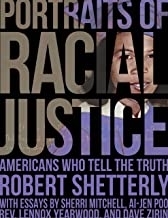 Shetterly’s latest book, Portraits of Racial Justice: Americans Who Tell the Truth, was released in September 2021. The first volume of Robert Shetterly's Americans Who Tell the Truth portrait series, the book takes a multimedia, interdisciplinary approach, blending art and history with issues concerning social, environmental, and economic fairness. The book illuminates a community of people not only willing to recognize the shortcomings of America’s history, but most importantly, individuals who offer their visions of a better world moving forward.

While Shetterly is also a peace activist and Harvard graduate with a degree in literature, it was art that ultimately won his devotion. Shetterly stated:

Art can transform the way a message is articulated and received. The medium of art is aesthetic, visual, and visceral.  Non-verbal. It doesn’t attack the viewer but invites inquiry and participation. It gives the viewer space to think, feel, react and respond…or not.  The viewer becomes the active participant.  The portraits in particular try to present a person who emanates integrity, along with a statement about justice and compassion. They try to present an image of trustworthiness. They hope to elicit a response of integrity and trust and consideration of the issue in return.

Shetterly combines his love for art and activism with a wide variety of political and humanitarian activities in partnership with many of the people whose portraits he has painted. In the spring of 2007, he traveled to Rwanda with Lily Yeh and Terry Tempest Williams to work in a village of survivors of the 1994 genocide there. Much of his current work focuses on honoring and working with the activists trying to bring an end to the terrible practice of Mountaintop Removal by coal companies in Appalachia, on climate change, and on the continuation of systemic racism in the US particularly in relation to the school-to-prison pipeline.

Since 1990, Shetterly has been the President of the Union of Maine Visual Artists (UMVA), and a producer of the UMVA’s Maine Masters Project, an on-going series of video documentaries about Maine artists.