by MY HERO Staff from Laguna Beach, California in United States 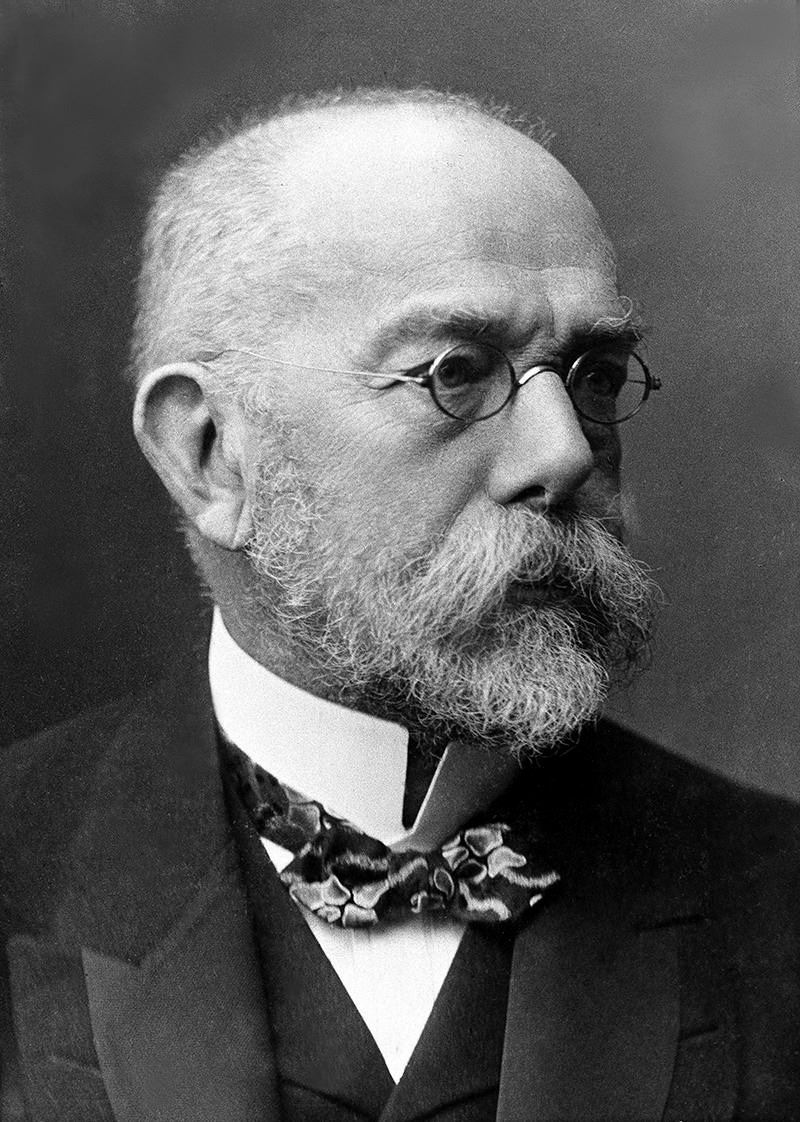 Koch became the first to grow bacteria in colonies in 1890. First on potato slices and later with his pupil "Petri" on solid gelatin media.

Koch could not reproduce Cholera in animals, so his rules had to be modified. But Koch brought a new order to medicine and the study of disease. He lived at time when people were superstitious and attributed disease to punishments from God or other strange occurrences in the universe.

Some of the other doctors in Berlin at the time ridiculed Dr. Koch. They found it amusing that when he drank a vial of cholera bacteria, all he got was a mild case of diarrhea!

The criteria that Koch set forth for ascertaining the microbial causes to a specific disease were:

While his theory in practice has been modified over the years, the basic belief that strains of microbes can be identified with specific disease has helped people find the cause and hopefully the cure to many diseases.

Koch was so devoted to proving his ideas that he was willing to infect himself with cholera in order to try to get to the bottom of the disease. This type of dedication to one's ideas is unique, and we can be thankful to Koch for challenging the existing notions of medicine in the 1800s and giving us a basis for research for the future.

Dr. Robert Koch is my hero because he was the first to discover the tuberculosis bacterium. On March 24, 1882 when he was just a young physician, he lectured before the Physiological Society of Berlin--doctors much more senior than he. Koch announced that he had found a microbe that was the cause of "White Death," a disease responsible for one-seventh of all deaths in Europe in the late part of the 1800's. Not everyone believed him, but Dr. Koch persisted with his research and he was right. The microbe is now called Mycobacterium. Despite the courageous efforts of Dr. Koch and his successors TB has not yet been eliminated and is especially prevalent today in poor and developing countries. Tuberculosis is also linked with HIV. A damaged immune system makes a person 30 times more vulnerable to tuberculosis and TB can accelerate HIV disease in a person who has both diseases.