Paul Robeson was a greatly admired and greatly loved African-American entertainer. An actor and a singer, he is perhaps best remembered for his deep, booming rendition of "Old Man River," which he performed in the Broadway musical, "Showboat." Robeson was also a deeply political man, admired for his absolute dedication to the cause of "justice for all."

Just as Robeson was a hero to many, he also had his heroes. Through contacting the Paul Robeson Foundation, we were able to speak with Robeson's son, Paul Robeson, Jr., who told us that his father's heroes were such luminaries as Albert Einstein, Harriet Tubman, and NAACP founder W.E.B. DuBois. Below we profile some of Robeson's other heroes.

gift for public speaking and passionate hatred of slavery made him one of the most important and powerful voices of the U.S. anti-slavery movement. Born in Maryland in 1817 to a white father and black mother, Frederick inherited his mother's slave status. At 21, Douglass managed to escape and flee to Massachusetts. There he found work as a day laborer and began speaking at local anti-slavery rallies. His speeches were so brilliant the American Anti-Slavery Society sponsored him on a nationwide speaking tour.

In 1845, he gained international fame when he published his autobiography, Narrative of the Life of Frederick Douglass. Two years later, he began publication of the anti-slavery newspaper, The North Star. During the Civil War, Douglass served as an advisor to President Lincoln. After the war, Douglass continued the fight, pushing for passage of the 13th, 14th, and 15th amendments, to guarantee voting rights and other civil liberties for blacks. Frederick Douglass died in Washington, D.C., in 1895. He was 78 years old.

was a self-educated, freed slave who planned the most extensive slave revolt in all of U.S. history. Vesey was born in 1767 and sold at a young age to a slave trader who settled in South Carolina. Eventually, Denmark Vesey purchased his freedom with $600 he won in a street lottery. But he couldn't forget the years he spent as a slave. He went to work learning to read anti-slavery literature and eventually came up with a plan. In 1822, Vesey organized an army of 9,000 free blacks and slaves. They intended to attack several South Carolina cities and set free any slaves. But they never got a chance. Denmark Vesey and hundreds of others were arrested. Thirty-five of them, including Vesey, were hanged.

is Russia's national hero. Outside of Russia, he is considered to be that country's greatest poet. Not only was he brave enough to mock the Czarist government in his writings (an offense for which he was repeatedly exiled or imprisoned), but he was the first Russian author to make great literature out of everyday life. Works such as Eugene Onegin, The Bronze Horseman, and Boris Gudnov, give the common man a voice. Unfortunately, Pushkin's own voice was cut short when he died in a duel at the age of 37, shot to death by one of his wife's admirers. 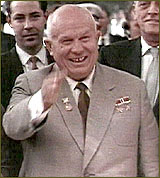 was a Russian leader staunchly committed to the cause of the common man. Nikita Sergeyevich Khrushchev was born in 1894 to a poor and illiterate peasant family. He started work in a factory at a very young age and at 18 took part in a strike that got him fired. The action sparked young Khrushchev to further political activism. He joined the Communist Party, enlisted in the Red Army, and took part in the civil war that overthrew Russia's Czar. Khrushchev became a dedicated Communist and rose quickly through the ranks. In 1953 he became the head of the Communist Party for the entire Soviet Union. As the most powerful man in Russia, Khrushchev advocated his version of "peaceful co-existence" with the West and economic reform. However, his economic policies and his decisions during the Cuban Missile Crisis angered more conservative party members, and in 1964 Khrushchev was removed from power and replaced by Leonid Brezhnev. Nikita Khrushchev retired to a farm in rural Russia where he died in 1971. 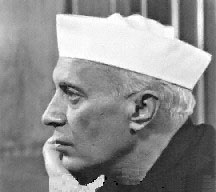 "We live in a wonderful world that is full of beauty, charm and adventure. There is no end to the adventures we can have if only we seek them with our eyes open."

played a key role in India's struggle for independence from Britain and later became India's first Prime Minister. Nehru was born in 1889 in the Kashmir region. He grew up privileged, attended the best schools in England and in 1912 returned to India with a law degree. But his interest soon turned to politics and India's fight for independence. In 1919 he joined the Indian National Congress (INC), a political party led by Mohandas Gandhi. In 1929 Nehru became a leader of the INC. He spent most of the time from 1930 to 1936 in prison for organizing acts of civil disobedience. By 1946, the British were ready to negotiate India's independence. Gandhi chose Nehru to head the transitional government, and in the 1947 national election, the Indian people concurred with Gandhi's decision. Nehru won a landslide victory. Jawaharal Nehru was repeatedly re-elected Prime Minister of India until he died on May 27, 1964. 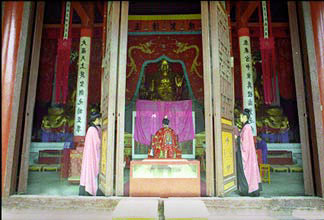 LAO TZU lived from 604 to 531 B.C. and is considered to be the father of Taoism, the ancient Chinese philosophy of the Tao, or 'The Way.' His writings are collected in a sacred text called the Te-Tao Ching which stresses the importance of communing with nature and abandoning the pursuit of money. Little is known about Lao Tzu's life. One legend tells that his mother was impregnated by a star and that he was born an old man. Lao Tzu literally means, "The Old Boy." It's also said he and Confucius were contemporaries and rivals, but there is no concrete proof of that. Today, Taoism's followers number in the millions worldwide.

The Philosophy of Taoism - Learn about the history, historical figures, and philosophy behind Taoism.

Daisy Leiva of Queens, New York, also considers Frederick Douglass to be one of her heroes. She wrote this about the renowned speaker and abolitionist: "Frederick Douglass is my hero because he fought for freedom and justice."

"The Meaning of Freedom," a Paul Robeson Centennial Commemoration is a great stage play for school children to use to learn more about this great artist, humanitarian and political activist.