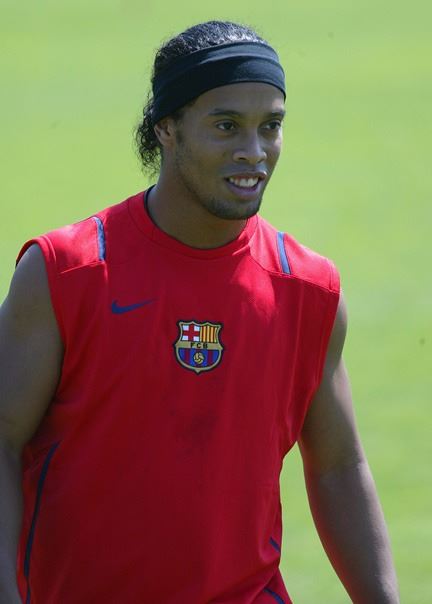 RonaldinhoRafael Amado Deras / CC BY (https://creativecommons.org/licenses/by/2.0)My hero is the former Brazilian football player Ronaldinho de Assis Moreira, or simply Ronaldinho. He is considered one of the best players of his generation, and I see him one of the greatest of all time. He won two FIFA World Player of the Year awards in 2004 and 2005 and a Ballon d'Or in 2005. His popularity came from his outstanding skills, agility, dribbling abilities, and accuracy in free-kicks.

I am always impressed with heroes who shine despite the hard conditions they grow up in, and Ronaldinho was one of these stories where he lost his father at the age of eight and blossomed as a footballer at the same time. His professional career was full of success and achievements with almost no failures, which captured my attention. His career steps were great, which started from Germio club in Brazil to the top European clubs like Paris Saint-Germain in France and finally Barcelona in Spain. Another noticeable observation in his character was his continuous smile that never left his face whether playing on the field or on media interviews.

I wish I could be one day like Ronaldinho. His fame and love he gets worldwide is my dream.

An Emarati student keen on knowledge and learning different things in life.