Rosa Louise Parks ;Tuskegee, Alabama, 1913 (Detroit, Michigan, 2005) An American civil rights defender. The daughter of a joiner and a teacher; Rosa Louise McCauley, studied in Montgomery Industrial School for Girls in Alabama State Teachers College. Her childhood was influenced by the Jim Crow Laws of the South, which segregated whites from blacks in almost every way, such as public restrooms, drinking fountains, education and transportation. For white children attending school there was a bus for them, while for black children, they had to walk to their schools. These laws went so far as to separate whites from blacks by having blacks sit in the back of the public transport. 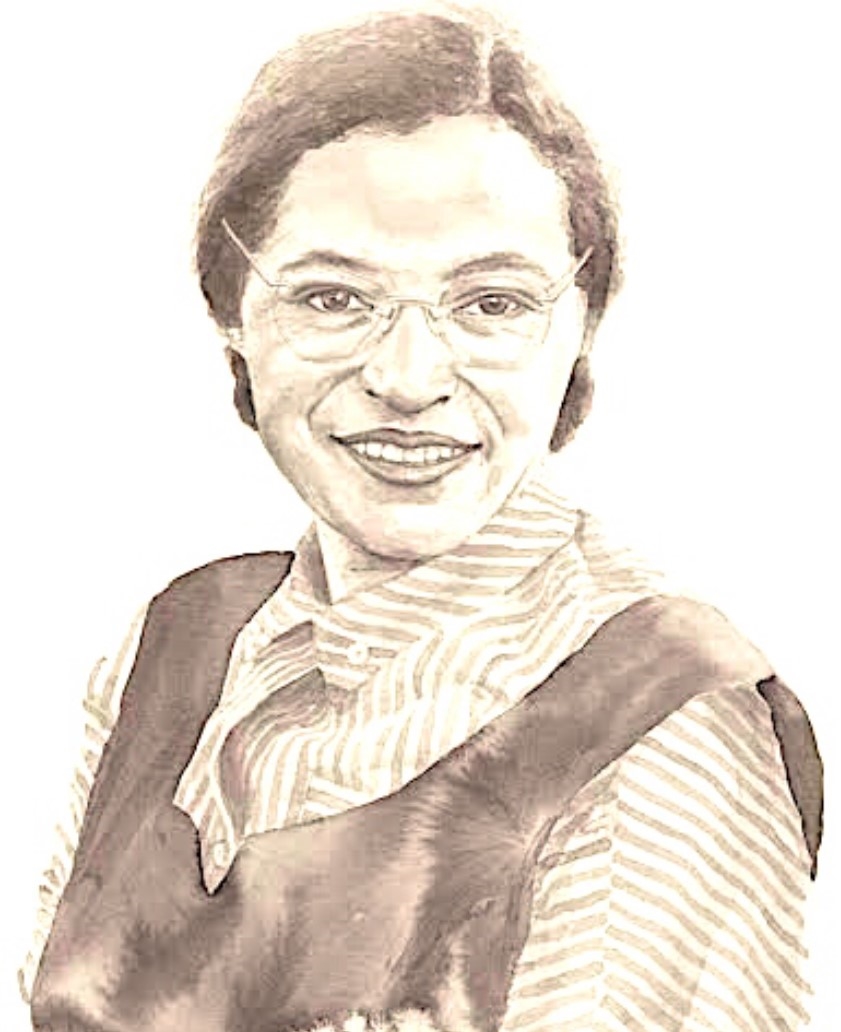 He was an African-American activist, a major figure in the American human rights movement. On December 1st. in 1955, the incident that would make her famous was fighting for equal rights, it took place on a bus. Rosa Parks was coming back from work as a seamstress in a department store, she got on the bus and took a seat in the places behind allowed ONLY for color citizens, as the bus traveled the route, seats began to be scarce and some people had to stay up, realizing that there were white people standing, the driver of the bus stopped the it to ordered the black woman to give her spot away to the white citizen standing up. Rosa Parks refused to do it and the driver threatened to arrest her. Finally, Rosa Parks was arrested and had to pay a 15 dollar fine. Tired of being treated  like she wasn’t a citizen.The incident caused the creation of the Montgomery Improvement Association, which purpose was to defend the civil rights of black people, from whom Martin Luther King was its leader. This association organized a massive boycott that consisted of refusing to take the public busses, and it was a great success, it lasted 382 days and it helped to make the cause of Montgomery's African Americans known throughout the world.  As a result, the US government was forced to ban segregation in public transport, since the movement almost make them break their business down.

The law changed on November 1956, the supreme court declared racial segregation on buses unconstitutional, the supreme court order reached Montgomery on December 20th, same year. The population that had been segregated got back on the busses, only now that they could sit wherever they wanted.

After the death of her husband In 1977 the community founded the Rosa and Raymond Parks Institute for Self-Development.

In 1999, Rosa Parks received the congressional gold medal from President Bill Clinton and today her figure is still considered one of the most important in the fight for civil rights.

I chose as my hero because she was a real heroine, who defended hers and other’s rights and fought inequality and racism. It is an act that changed the lives of many and, to this day, we see the great change and return that she made to the world.