by kylie butler from san diego, California in United States 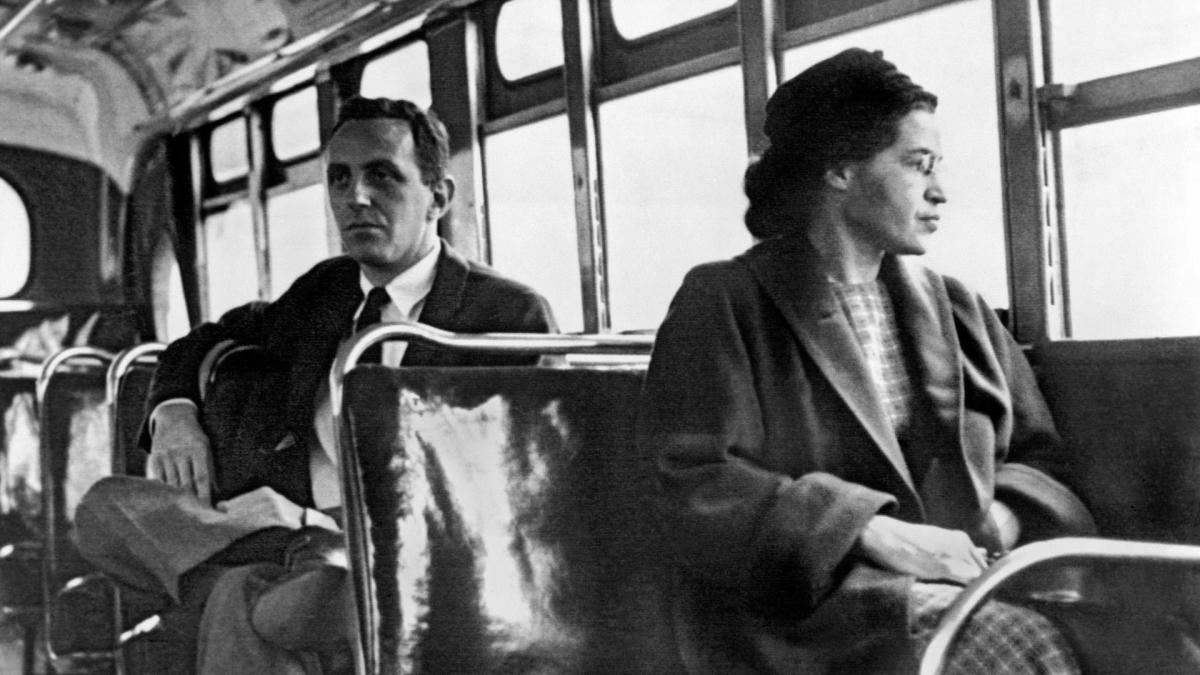 Rosa Parkshttps://www.biography.com/people/rosa-parks-9433715Imagine being an African American in the 1950s. Not being able to use the same drinking fountains, bathrooms, or sit at the front of the bus like white people could. Born February 4, 1913, Rosa Parks grew up to be a significant leader in the civil rights movement. Parks began her activism in December of 1955 Parks disobeyed a white man by refusing to give up her seat in the front of the bus. In the 50s if you were African American you had to sit in the front. Parks had enough one day and decided to sit in the front with the white people and a white man harassed her to sit in the back. Parks disobeyed him and the bus driver telling her to move. A hero must possess courage and determination. She was determined to have equal rights for African Americans and would not stop until she changed things for the better. She was courageous because she stood up for herself and the African American community. Rosa Parks possesses courage and determination, therefore, she is a hero.

In order to have courage, a person must have the ability to do something that frightens them. Rosa Parks possessed courage by putting away her fears and personal feelings to stand up for the African American community and let it be known they wouldn’t stand for discrimination and racism. In the article "Rosa Parks." Newsmakers, Gale, 2007. Biography In Context, “Rosa Parks was best known for her act of civil disobedience in December of 1955 when she refused to give up her seat on a bus to a white man in Montgomery, Alabama. Her arrest led to a Supreme Court decision that segregation on such forms of public transportation was illegal, sparking the civil rights movement in the 1950s and 1960s”. This quote illustrates Rosa’s act of courageousness when she stood up for herself as well as the African American community. If Parks hadn’t taken a stand that day, I can’t imagine where we would be today in regards to discrimination and racism. Parks harassment didn’t stop after her stand on the bus. It continued decades later and was still equally traumatizing 39 years later. "Rosa Parks." Notable Black American Women, Gale, 1992. Biography In Context, “In September 1994 Parks was beaten and robbed in her Detroit home; the robber was soon caught, and Parks fully recovered. The next year she participated in the Million Man March in Washington D.C., where she gave an inspirational speech”. No matter the traumatizing events that happened to her, she still continued to influence more and more people to support her say and to fight for their rights. Parks took a traumatizing situation and turned it into a positive movement. These incidents would have caused most people to crumble and give up, for Parks that was not an option. 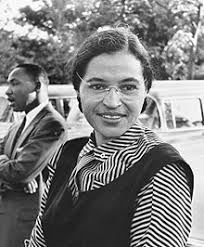 Rosa Parkshttps://www.biography.com/people/rosa-parks-9433715Determination is a positive emotional feeling that involves persevering towards a difficult goal in spite of obstacles. Parks determination to stand up to authority in spite of the consequences made her a force to be reckoned with. "Rosa Lee McCauley Parks." Encyclopedia of World Biography, Gale, 1998. Biography In Context, “The bus driver threatened to have her arrested but she remained where she was. He then stopped the bus, brought in some policemen and had parks taken to police headquarters”. Rosa Parks was aware that she could possibly be arrested, but that didn’t stop her from standing up for her rights. Parks was so into the statement she was blind to the consequences that may follow. As she continued on with her activism she inspired those around her and continued to live her strong beliefs. "Rosa Parks." St. James Encyclopedia of Popular Culture, Gale, 2013. Biography In Context, “In 1957 Parks and her husband, fired from their jobs and victims of harassment, moved to Detroit, Michigan, where Parks took a job with local U.S. Congressman John Conyers. She worked for Conyers in his Detroit office for twenty-five years. In 1995, in her eighties, she gave a rousing speech at the Million Man March in Washington, D.C. Parks continued her social activism throughout her life. She and Raymond, who died in 1977, founded the Institute for Self-Development to train African American youth to take leadership roles in their community”. Parks was a victim of harassment countless times at her job. This didn’t stop her from continuing on her passion for the rights of African Americans. She worked with congressmen and later developed an institute for children to influence them to make a change. Her passion and determination to make change for the African American community changed history.

Rosa Parks possesses courage because she stood up for herself and the African American community. She also possesses determination by never giving up and always staying true to her beliefs. Parks was a key influence on anti-segregation. She was very selfless and wanted to change the discriminating world, not only for herself but the African American community and its future. Parks saw something that was unjust and wanted to fix it. She created a movement for equality. She believed that regardless of your skin color, what was important was what was on the inside. All humans have hearts and souls and should be treated the same no matter their race. Not only was Rosa Parks a courageous woman. She was a powerful leader and she paved the way to change our nation.