by Olivia Keltner from San Diego, California in United States

"Don't follow the path. Go where there is no path and begin the trail. When you start a new trail equipped with courage, strength and conviction, the only thing that can stop you is you!" 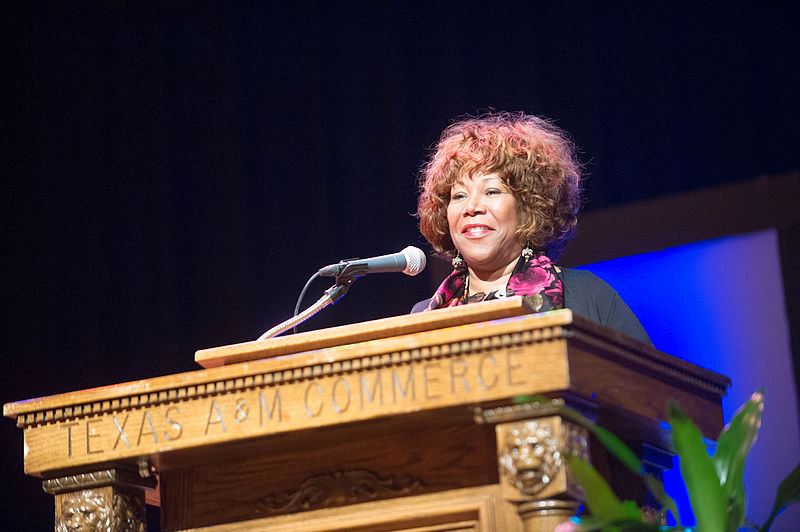 https://commons.wikimedia.orgTexas A&M University-Commerce Marketing Communications Photography [CC BY 2.0 (https://creativecommons.org/licenses/by/2.0)]Ruby Bridges was an intelligent girl who was one of five kids to be placed in an all-white school to make the change to have diverse education. Ruby, an African American girl, grew up on a farm in Mississippi with her strong-willed family. Bridges is the oldest of four children and she looked up to her parents who always wanted the best for her, which is why her family moved to New Orleans. They moved to achieve a new start and for the chance of a better education for their kids. Ruby was excited to move, because she knew this called for new beginnings. The all-white school that she of three black kids went to was important to her because she felt empowered whenever she walked to school with federal marshals. Ruby Bridges was both determined and brave. She kept pushing and went to school every day, even though kids were leaving the school because of her and sending her death threats. She was brave to be carried out and into school by federal marshals every day while people called her names and threw stuff at her. She did it to receive a better education. Ruby Bridges is determined to stop racial prejudices and was a brave role model for African Americans. Therefore, these characteristics helped her stop the racial segregation that didn't allow for equal education. 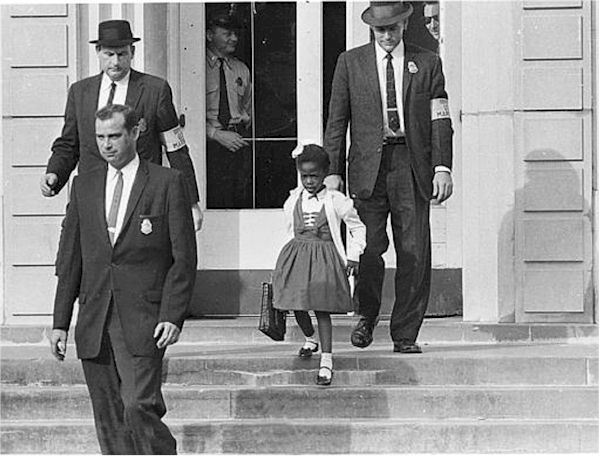 https://commons.wikimedia.orgUncredited DOJ photographer [Public domain]Bridges went through many difficulties and obstacles. Through all these challenges Ruby was determined to fight for an equal education and for the future to be free of segregated schools. When Ruby and the other five children passed the exam, they had the decision to stay or go to the all-white school. “Two of the other students decided not to leave their school at all; the other three were sent to the all-white McDonough Elementary School” (Michals, Debra). Ruby faced all the challenges that she did and was still determined to graduate high school. In 1959, she started kindergarten at a desegregated school and finished all the way through high school in 1973. On her way to school every day, she would get verbally abused and get stuff thrown at her. She came back stronger every time it happened and never let it bother her. She became fixated on her goal of providing a better education for herself and the future generations. Going through the process of her desegregating into her new school, problems did arise. “Likely because of the stress, her parents divorced when she was 12. With time, however, life moved on. Bridges graduated from high school, went to work as a travel agent, and bore husband Malcolm Hall four children” (Ruby Bridges). Bridges' education caused more problems down the road, but that didn't stop her. This not only put a lot of stress on her, but also on her parents. The education opportunity was a main component on how her parents got a divorce when she was only twelve. She knew she couldn't let her parents or herself down. She persevered through her struggles and knew it would pay off in the end. With all her dedication, she successfully graduated from high school and later on graduated from college, which led to her job of improving the quality of education for all African American children. Ruby Bridges went on to spreading her word and fighting for other kids’ educations to see them get to their full potential.

As a kindergartner, she wanted everyone to know that education has no limitations. Her bravery was shown as she risked her life daily to walk into a segregated school and try to create a better experience for others. Ruby’s first glance into the school was plain and simple: “Ruby was black; the other students were white. Her walk into that school, surrounded by federal marshals (later immortalized in Norman Rockwell's painting The Problem We All Live With), signaled a major development in desegregation. Before her first day of first grade ended, parents had emptied the school of white children in a massive boycott” (Marty, Peter W.). Bridges walked into a segregated school being the only African American, as all the white parents removed their kids from the school system due to Ruby entering the same school as them. She was brave enough to ignore the threats and not let their negativity get in her way. Even though, at times, it was her against the world. She bravely continued at the school while she was the only African American in her grade. Many people had their opinions about letting Ruby go into the all-white school: “Her father resisted, fearing for his daughter’s safety; her mother, however, wanted Ruby to have the educational opportunities that her parents had been denied. Meanwhile, the school district dragged its feet, delaying her admittance until November 14” (Michals, Debra). As many people didn't think it was safe for her to go to the segregated school, she was brave enough to achieve her goals and take the risks that came along with it. Her own father didn't want her to go, due to her safety, but went forward with it anyway. Ruby wasn't gonna let anyone stop her, no matter what she had to risk to help others. Ruby showed bravery through her efforts of helping others and taking risks along the way. 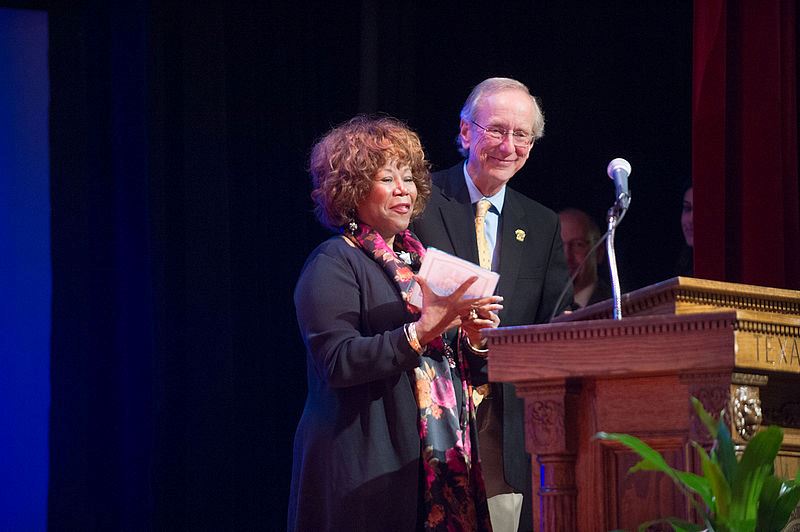 https://commons.wikimedia.orgTexas A&M University-Commerce Marketing Communications Photography [CC BY 2.0 (https://creativecommons.org/licenses/by/2.0)]Ruby Bridges showed how she’s brave and dedicated for all she did for desegregation. She let everyone have an equal chance at a good education. Ruby was a selfless hero who put others’ needs before hers and sacrificed her safety for other people’s rights. That showed not only her bravery but her dedication, because she never once second-guessed what she was doing for the public. This made her a successful and a famous role model. Ruby Bridges is a hard worker and shows everyone that if they want to change the world that it might not seem possible. But in perspective you can leave your mark on the world in an abundance of ways. When Ruby was younger she stood up for African Americans’ rights for education. Yet she didn't let anyone get in her way. She showed bravery by stepping into a segregated school with federal marshals, showing no fear, and dedicating herself. Through perseverance, she graduated high school, and later became a successful businesswoman. Ruby’s an inspiration; she showed that to never giving up on what you believe in can lead you to success. Ruby Bridges fought bravely for us to have the desegregated education that we are blessed with today.