by Madison from Main 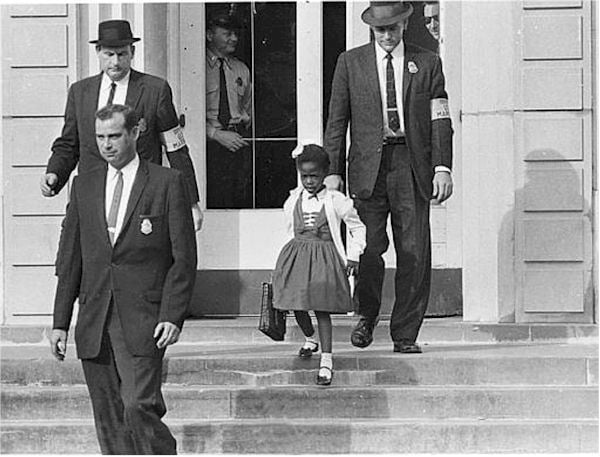 U.S. Marshals escort Ruby Bridges to schoolUncredited DOJ photographer [Public domain]I think it's interesting that one of the most important heroes in the fight against segregation in America was a six-year-old girl. The courage that Ruby Nell Bridges displayed as the first black child to attend a white school in Louisiana never ceases to amaze me. Even in the face of severe hatred, Ruby showed an unimaginable resilience that helped her persevere. That's why Ruby Nell Bridges is one of my heroes.

In 1954, Ruby Bridges was born in Tylertown, Mississippi, the eldest child of Abon and Lucille Bridges. When she was four years old, her family moved from Tylertown to New Orleans, Louisiana. Ruby was an excellent student, and when the federal government ordered the city of New Orleans to integrate its public school system in 1960, the NAACP chose her to be first black child to attend the all-white William Frantz Elementary School.

On the first day of school, November 14, Ruby was met with extreme opposition. The mob outside the school was so bad that she had to be escorted by four federal marshals. Students, teachers, parents, and others stood outside her school shouting hateful things. "I remember seeing a black doll in a coffin," says Ruby in an article on the PBS website, "Which frightened me more than anything else."

Ruby and her mother sat in the principal's office the entire day. There were no teachers willing to teach Ruby, and no other students besides her, so all they could do was sit and wait for the bell to ring at 3:00.

On the second day, the protesters were still there, trying to discourage Ruby from going to the new school. Although she didn't look at their faces, she heard what they said. Ruby says, "One woman said, 'I'm going to poison you. I'll find a way.' She made that same threat every morning." 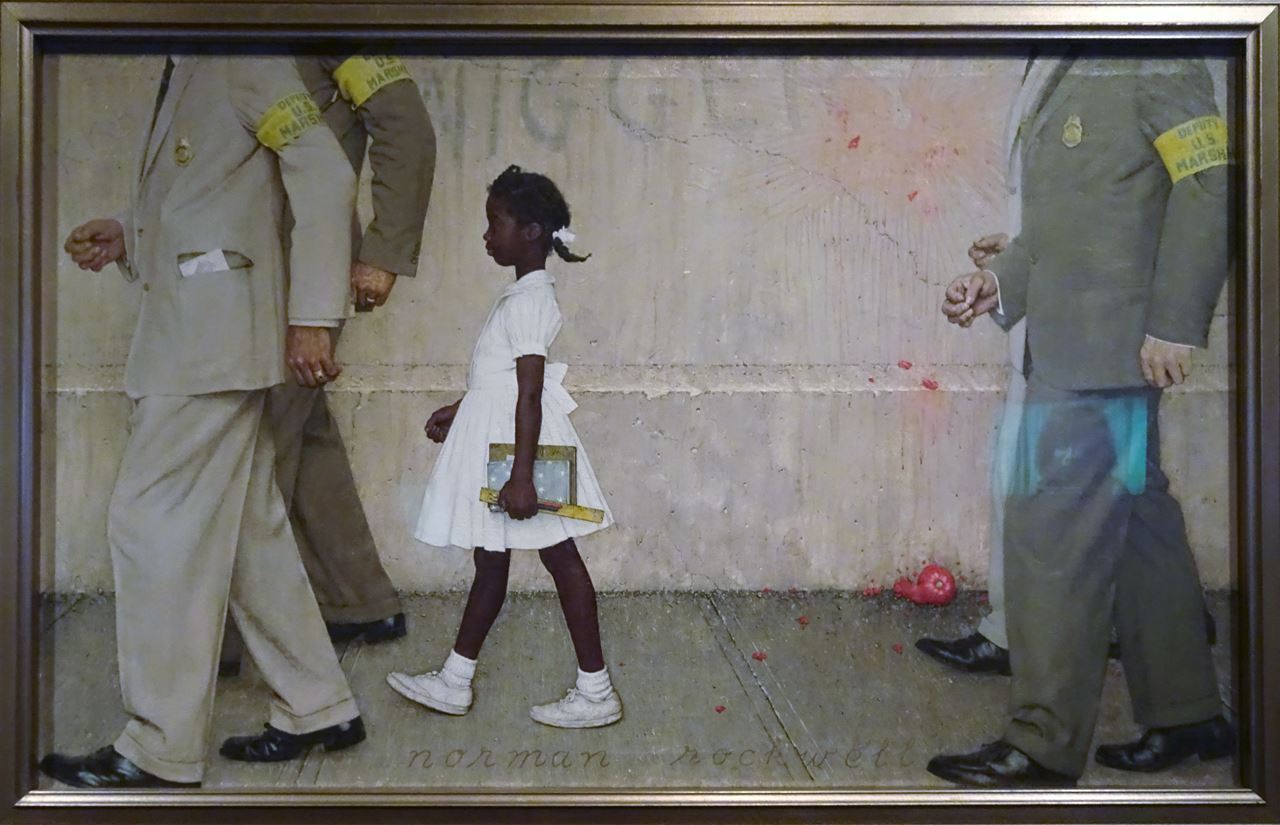 Norman Rockwell's painting of Ruby BridgesFlickr [creative commons]Thankfully, though, today Ruby had a teacher. Her name was Barbara Henry, from Boston. Ruby was nervous at first, because she'd never had a white teacher before, but soon she and Barbara became good friends and remain so to this day.

Time passed, and soon Lucille Bridges had to go back to work and Ruby had to walk to school without her, though the marshals still protected her. That winter the threats began to affect the six-year-old. Often her sleep was plagued with nightmares, and her mother would remind her to say her prayers, convinced that that would help her nightmares go away. "I would do as she said," says Ruby. "And then I would sleep. Somehow it always worked."

It wasn't until the end of the school year that the white children began coming back to the school. Until now, she hadn't really understood racism and segregation, but most of the kids in her class were forbidden to speak to Ruby. But instead of being angry with them, she understood. She knew that it wasn't the children's fault, and that all they wanted was to obey their parents.

People often underestimate the potential heroism of children. I'm sure that the protesters outside William Frantz expected Ruby Bridges to turn and run the other way when threatened. They might have thought, She's just a little girl. She couldn't be brave enough to face all this. But she had a rare strength that proved vital in the fight against racism and segregation. She was one of the millions of heroes who stood against segregation in the United States.