Ginsburg was appointed as a Supreme Court justice in 1993 by Bill Clinton. She made a huge impact and passed many laws. She has also become the face of many feminist movements around the world by her initials RBG. When I think of a hero I think of someone who looks out for others and is truly selfless. The first person that always comes to mind is Ruth Bader Ginsburg. I first heard of Ginsburg when I was in elementary school. We were learning about people in government and I realized that there were not many females. I found it so interesting that Ginsburg was one of very few female Supreme Court justices or women in government. She is a true inspiration to people all around the world. She is a hero because of all the opportunities she created for women. Women everywhere also find her heroic because of the things she did for them. She is also incredibly selfless and worked very hard so she could make real change for the current and future generations. Ruth Bader Ginsburg has been a powerful female icon in my life for a long time. She inspires me to work hard, has done a vast amount of life-changing things for women, and she fought against society's gender roles. 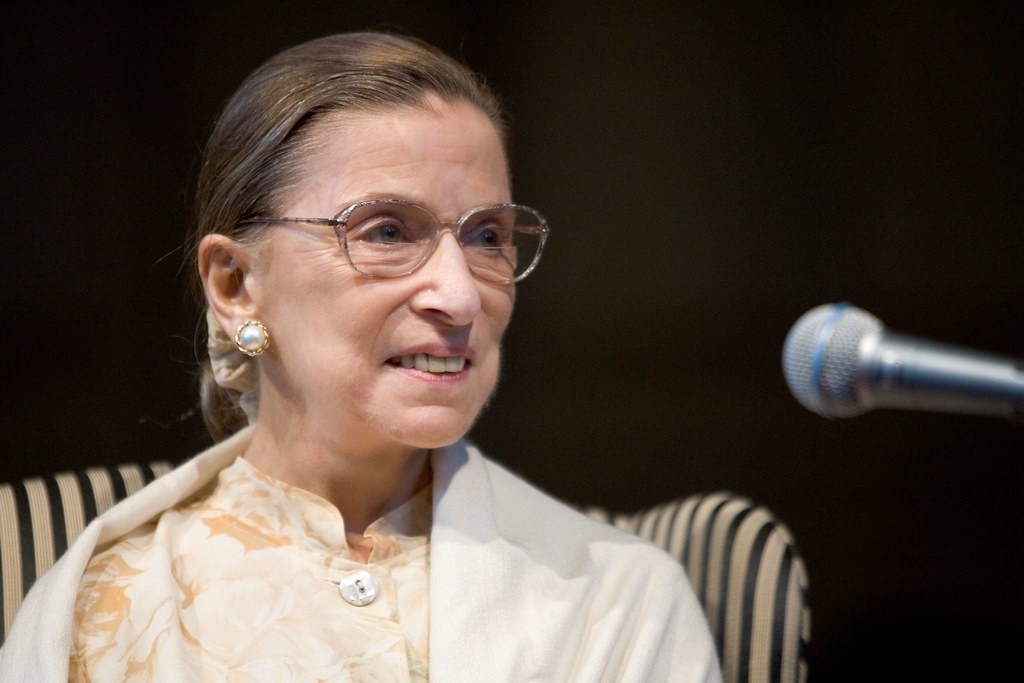 Ruth Bader GinsburgBy: WFULawSchoolGinsburg has always been a true inspiration to not only me but many others. She has made me believe that all of my hard work will pay off. I can feel inspired by Ginsburg because she applies so much effort in everything she does and accomplished so many things even though she went through tough times. Her husband was battling cancer in her early career and she still pushed through and got things done. “‘I wasn’t going to just sit in the corner and cry,’ I recall Ginsburg defiantly noting during her talk. Those words have stuck with me all these years. Ginsburg’s refusal to crumble into a heap of defeat is a defining and inspiring part of her legacy. Still went to school during all of that and raising a family” (Harvard). This quote shows how she is inspirational in all the work that she accomplishes; she pushed through tough times and still worked hard. Ginsburg also had to deal with hardship in the classroom, she wasn’t respected even though she was incredibly smart. The reason that I work so hard in school is because I can look at her and know that my hard work will pay off, just like it did with her. When I have school, field hockey, and soccer right after one another I know that it's all going to be worth it in the end because it worked out for Ginsburg. She was able to work hard and do exactly what she wanted, creating opportunities for women all around the world, and she inspires me to do the same.

In Ginsburg’s career, she has created many chances for women that make life for us more fair. She focused her entire career to provide future and current generations with opportunities that will help them succeed. Unlike a majority of people in politics, she actually got things accomplished. Some people may argue that what she accomplished didn’t affect them, but truthfully everything that she has worked for in her career has positively shaped women’s lives and that benefits everyone. I believe that she was able to make such an impact in our lives because she was focused and determined. One amazing thing that I am grateful for that really makes her a hero is: she got the Lilly Ledbetter Fair Pay Act of 2009 signed. This means that men and women have to be paid the same. I am very glad that the world has a hero like her that makes things fair and equal. Ginsburg also made it illegal to deny a qualified woman a position in the Virginia Military (Oyez). "Women's rights are an essential part of the overall human rights agenda, trained on the equal dignity and ability to live in freedom all people should enjoy" (ACLU). This quote shows that lots of people believe in women’s rights and Ginsburg defending them is very important to a lot of people. “She defended women’s reproductive freedom in several cases and supported gay marriage. Through her stinging dissent in Shelby County. Holder, the 2013 decision that gutted the Voting Rights Act of 1965, she captured the imagination of a new generation” (Harvard).  Ginsburg provided fair opportunities for women all across America. As a girl, I am very grateful for her because I have a job and I am able to make the same salary as my male coworkers because of her. She is my hero because she made it that women and men are treated equally, even though she faced hardship in her own life. 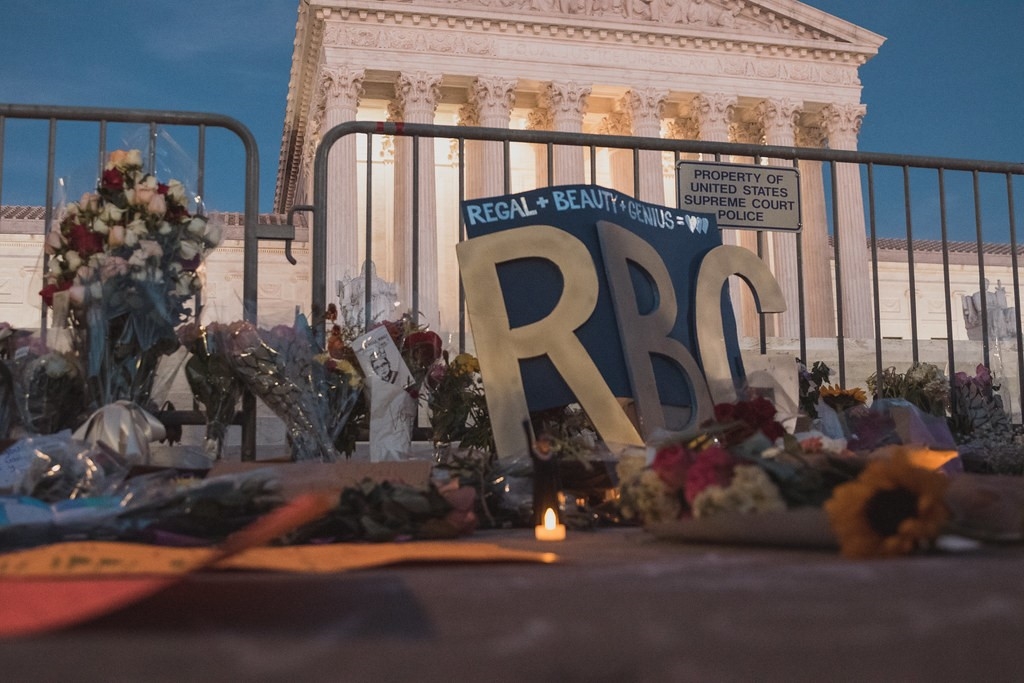 Vigil for Ruth Bader Ginsburg at Supreme CourtBy: yashmoriGinsburg is a true hero because she accomplished all that she did, making women have equal rights as men while being torn down by gender stereotypes. She was one of nine females in a five hundred-person class. She was constantly made fun of by her peers and viewed as less intelligent. Her professor would even make fun of her during class. “One of only nine women at Harvard Law School in 1956, Ginsburg and her female classmates were asked by the dean why they were occupying seats that would otherwise be filled by men” (ACLU). Ginsburg graduated top of her class and went to four different universities. Even though she was clearly qualified for many jobs she had an incredibly hard time finding work just because of her gender. All of these examples just further prove how she is a true hero. She worked very hard defying all the gender norms and got a spot on the supreme court. She kept working even when times were difficult and is a role model for women all around the world.

Ruth Bader Ginsburg has and will always be a hero in my life for what she has done for the world. She not only inspires me to work hard, but she has done countless life-changing things for women and fought against society's gender roles. Throughout her entire lifetime, she dealt with many things and still fought through and got things done. I truly hope that one day I can be like her and help women around the world find their voices. Sadly Ginsburg passed away on September 18, 2020. She may not be with us any longer, but her existence is important to the rest of the world for the change she made in America. For that, I am very grateful and happy that she was alive.

<https://news.harvard.edu/gazette/story/2020/09/harvard-community-reflects-on-the-life-achievements-of-ruth-bader-ginsburg/> Mineo, Liz, “The Life and Legacy of RGB” Harvard.

"Vigil for Ruth Bader Ginsburg at Supreme Court" by yashmori is marked with CC BY 2.0.