by Gabriella Llaneta from San Diego, California in United States

"Women will only have true equality when men share with them the responsibility of bringing up the next generation." 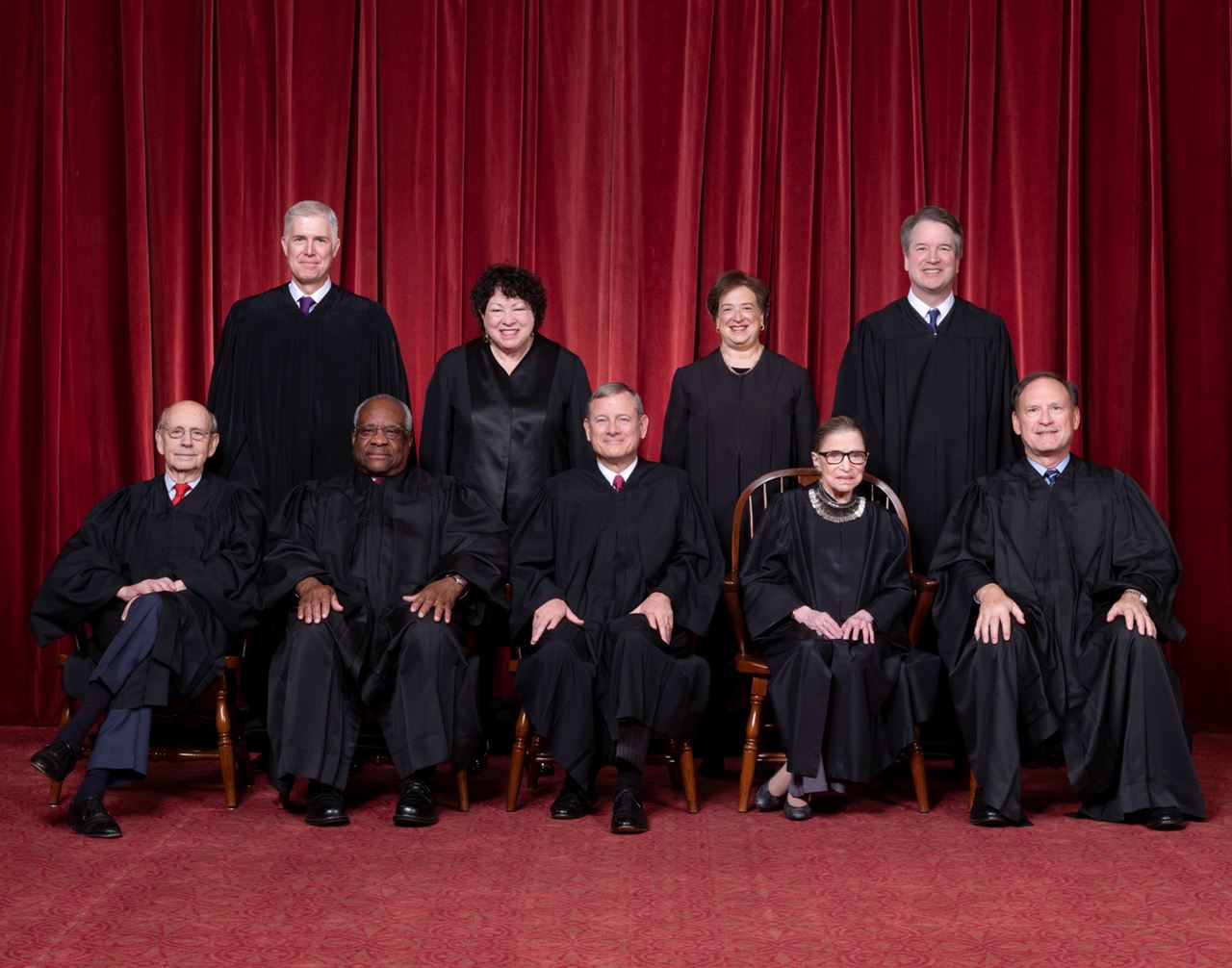 Justice Ginsburg (bottom right, second in from the right) pictured with the rest of the US Supreme Court Justiceshttps://www.supremecourt.gov/about/justices.aspxThough other heroes may rise and fall, Justice Ruth Bader Ginsburg stayed true to the definition of a hero throughout her life. Born Ruth Joan Bader to a middle-class family in the Flatbush neighborhood of Brooklyn on March 15, 1933- the world didn’t expect such an extraordinary figure. She first attended Cornell University, later Harvard Law School, and then Columbia University Law School. Her husband Martin, a taxation lawyer, moved their lives back to New York from Cambridge, Boston while Ruth was attending Harvard Law School, after getting a job. This caused the subsequent move to Columbia University School of Law, where she had graduated. Ruth became a professor of law at Rutgers University and later at Harvard University. She then became the first tenured, female professor at Columbia University. Justice Ginsburg was appointed, under President Jimmy Carter, as a judge on the U.S. Circuit Court of Appeals for the District of Columbia. Then, under President Bill Clinton, she was nominated to become a Supreme Court justice, the second woman in history on the Court. A hero must have the courage to be different and stand above the crowd.  A hero must ultimately be comfortable in their own skin and without hesitation. Self-doubt inhibits the accomplishments that signal heroism. To be a hero, a person has to be comfortable with being different; that takes courage and confidence and self-esteem. A hero is a person to emulate not just for what they do, but for who they are--the content of their character as another hero once said. Through her persistent dedication to education and her fearless, righteous drive for women’s equality, Ruth Bader Ginsburg champions for justice and integrity and deserves the modern recognition of a hero.

Ruth Bader Ginsburg faced adversity and sexism throughout her career, both in her education and in court. Through her indifference to other old-fashioned ideas, she became a hero. During her time at Harvard Law School, Ruth Bader Ginsburg faced the battles of being a woman in a realm of mostly men and learning to cope with the impediments imposed on her gender. In an interview with Elizabeth Magill, former Stanford Dean, she explained the obstacles she faced: “Then I became a student at the Harvard Law School, where there were no rooms in the dormitories for women, instead women had to find places to live in town. It didn't matter to me because I was married with a child by then. But such impediments made it harder for women” (Ginsburg). Being a woman in a male-dominated industry can be daunting, but being one of nine in a class of 500, can be nearly impossible but she rose to the top of her class at both Harvard and at Columbia. Ruth Bader Ginsburg had to fight and have perseverance in order to hold academic standing at Harvard. She had grit even when the leaders around her told her that she was needlessly occupying a spot that could have been given to a man. As a married woman, the problems of single women didn’t always apply to her, she nevertheless worked on making sure that her experiences were the exception, not the rule. Even after graduating at the top of her class from Columbia School of Law, Justice Ginsburg struggled to find a job based on the fact she was a woman. Later in the interview with Magill, she said: “So, no matter how well you did in law school, it was hard to get that first job. Once you got the first job, the next would be easier, because you'd perform well and your boss could say, ‘She’s there whenever I need her, even on a Sunday’” (Ginsburg). Similarly, while fighting for equality, Justice Ginsburg was told “no” on numerous occasions. But in order to get where she is today, she fought on even during the bleakest of moments. She envisioned a brighter future for the “fairer sex”, and intended on giving it to the women of the US. 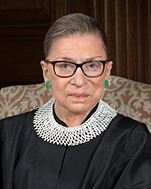 Ruth Bader Ginsburg for the US Supreme Courthttps://www.supremecourt.gov/about/biographies.aspxRuth Bader Ginsburg grew up a regular Jewish girl in Brooklyn yet she was anything but, regular.  She understood her identity and was unapologetic for her ambitions. In the time she became an adult, her aspirations were unheard of for a woman.  She graduated from law school--one of the nine women from a class of 500. She became the first female tenured professor at one of the nation’s best universities.  She started the Women’s Rights Project for the ACLU. She advocated for women who might not have even known they were not receiving fair treatment. She was a guiding light for people who didn’t know they were in the dark.  She fearlessly took on the male establishment and staunchly argued for her principles. Through all her accomplishments, Ruth Bader Ginsburg had to have fears and insecurities, all humans do. Yet, she had this capacity to overcome those human frailties to achieve her goals and ideals.  I don’t think she set out to be a hero. She set out to be herself and that so happens, without a doubt, to be a hero.  I want to be like Ruth Bader Ginsburg--unapologetic for who I am and living to my full potential and maybe, if I’m lucky, helping others feel the same way too.