by Kaylee Smith from United States 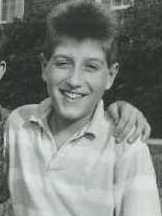 Ryan White in 1989Wildhartlivie at en.wikipedia [CC BY 3.0]Imagine having AIDS. Imagine having kids write mean notes on your locker. Restaurants throwing away the dishes you used when you leave. Getting expelled from your school. No one talking to you. Getting a bullet fired your home just because you have AIDS, because people don't understand what it is or how it works.

All of this happened to Ryan White. Ryan White struggled with AIDS, but he made a big difference in the world through his struggles. Ryan's family was always there for him and helped him through his hard times. He struggled a lot throughout his short life, but he persevered even when it was hard. Ryan helped many people and he left behind a legacy.

Ryan was born on December 6, 1971 and died  of AIDS on April 8, 1990, at the age of 18. He got AIDS because he was given contaminated blood when he was young. Luckily, Ryan also had a lot of support during his tough journey. His mom and his dad, Jeanne and Huber White, and his sister, Andrea White, helped him along the way. His loving family always supported him. They even moved for him because their town was hostile to his condition.

Ryan was diagnosed with AIDS when he was thirteen years old. Having AIDS was hard enough for him, but with everyone being so rude to him it made everything worse. 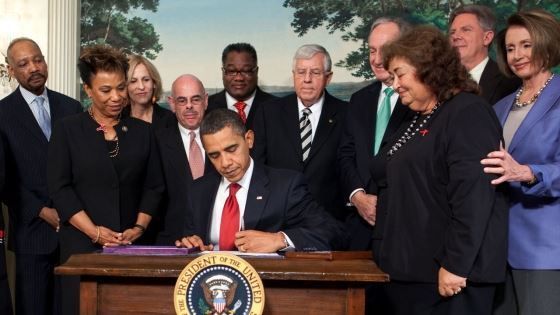 President Barack Obama signs the Ryan White HIV/AIDS Treatment Extension Act of 2009White House Photographer Jeffrey Crowley http://www.whitehouse.gov/blog/2009/10/30/honoring-legacy-ryan-white [Public domain]Ryan White worked really hard to help people and made a big difference in the world. He always helped people fight AIDS, putting them before himself, even when it was hard for him to fight it himself. He became the face of AIDS and helped people understand what it was. He took part in the fundraising and educational campaigns for this disease until he died. Congress passed the Ryan White Care Act in his honor right after he died. The Ryan White Care Act still remains the largest provider of services for people living with HIV/AIDS in the United States.

Ryan helped to increase public awareness that HIV/AIDS was a significant epidemic. He said, "Because of the lack of education on AIDS discrimination, fear, panic, and lies surround me" -

Ryan has taught me to be determined and always to help other people. He has taught me this because he always tried to make people understand AIDS even when people were unkind to him about it. Ryan White may not be very famous, but he was definitely a hero.