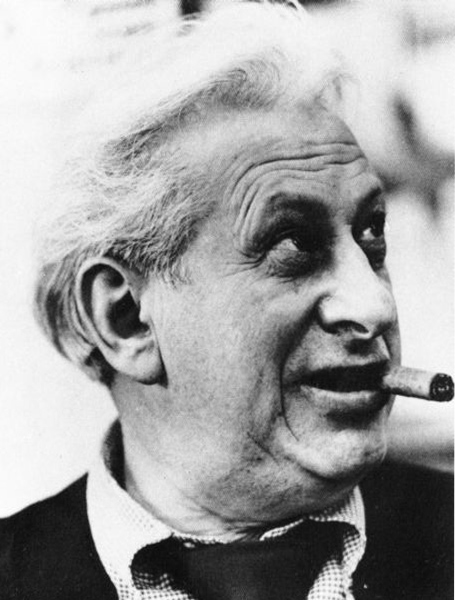 Studs Terkel has been hanging around Americans for a long time; ninety-six years from the date of this writing. And for almost that same amount of time, he has been listening to these same Americans tell the stories of their lives. The people he talks to are not always celebrities. Many are not extremely beautiful, or unusually smart, or extraordinarily brave. These are people with a good amount of all the qualities that make a person interesting; that is, they've lived long enough to be able to tell a story about their lives.

Terkel is as famous for his unstoppable wit and energy as he is for his interviews. He started out as a radio performer in the 1930s and, then, in 1949, began a short-lived television career. After an impressive debut as a bartender on "Saturday Squares," he was given a chance to develop his own show. "Studs' Place" starred Terkel, Chet Roble, Beverly Younger and others in a weekly comedy that focused on the lives of working-class Americans in a Chicago restaurant. The show lasted from 1949 to 1950, when NBC cancelled it because network bosses decided that Terkel might be a communist.

Terkel responded by moving back to radio. Each week, he interviewed the famous and the not-so-famous for WFMT, Chicago. Some of his interviews included the philosopher Bertrand Russell, painter Jacob Lawrence, and dancer and choreographer Martha Graham.

Terkel's interviews have always been deep, interesting, and extremely considerate of those he talks to. He lets people express their opinions without imposing his own judgments on the conversation. Many times, these ordinary people would let down their guard and, as if they have forgotten they are being interviewed, speak with a candor that most journalism can't attain.

Of the thousands of interviews Terkel has done over the years, there is one that stands out in his memory, and that is the one with C.P. Ellis, a former Klu Klux Klansman who tore up his Klan card and became a civil rights supporter. His friendship with black civil rights activist Ann Atwater inspired a film and a book, and testifies to compassion's ability to overcome hatred.

Now in his nineties, the man who interviewed thousands of Americans is the subject of many an interview himself. Terkel being interviewed by Sedge Thompson for Thompson's radio show,"West Coast Live." From Sedge Thompson on the West Coast to The Connection's Dick Gordon on the East, Terkel is finally talking about his own life and work. Most recently, he has published a book about a subject that has grown closer to him in the last decades of his life. Will the Circle be Unbroken is a meditation on death and dying. Terkel's book contains interviews with an Emergency Medical Technician, a social worker, an undertaker, and others about their experiences with death and dying. Far from being morbid or exploitative, these conversations explore the spiritual and intellectual relationship that people have with the deaths of others, near and far, and with the idea of their own mortality. As he was beginning the book, his own wife, Ida, died at the age of eighty-seven. It was a terrible loss. In an article for the Atlantic Monthly, he wrote: "I still see that girl in the maroon smock who liked yellow daisies. Each week there is a fresh bunch of yellow daisies near the windowsill. On the sill is the urn containing her ashes. On occasion, either indignant or somewhat enthusiastic about something, I mumble toward it (her), 'Whaddya think of that, kid?'"

Terkel continues to write, travel, and speak throughout the country with all the energy, compassion, and wisdom with which he began his career. He is a true hero for the common man.

StudsTerkel.org - Website devoted to Studs Terkel.
The Chicago Historical Society - Keeps records of the history of Chicago.
An Interview with Studs Terkel

Tom Weinberg, founder of the Media Burn Independent Video Archive, has been producing ground-breaking video and TV programs for more than 40 years. He began making videos with Studs in 1974 and continued for the next three decades. http://studs.uchicago.edu/tom-weinberg/ 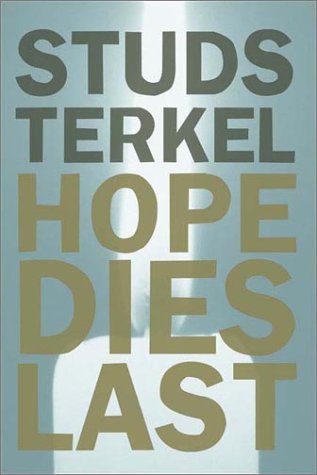 A Life Of Death