by Geeta Malik from Los Angeles, California in United States

Nothing is more perilous than truth in a world that lies... There is no power in the world that can strip my writings from me. 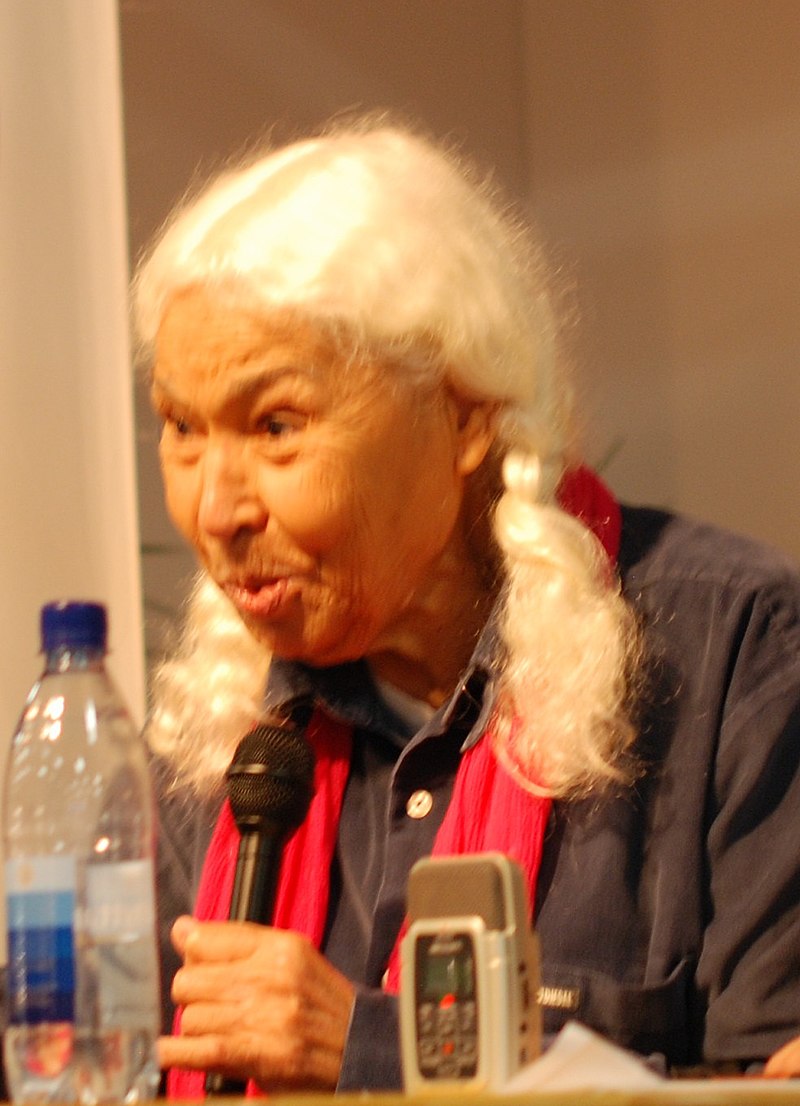 Nawal El SaadawiBoberger [CC BY-SA 3.0] via WikimediaNawal El Saadawi, born in a small village in Egypt, was never one to accept authority without question. At the tender age of ten, when she was about to be married to a man more than twice her age, El Saadawi accidentally spilled hot tea on him, thereby escaping a fate she hadn't chosen. Thus it began, the legacy of her political writings and her refusal to be submissive to a system that she didn't agree with.

Nawal El Saadawi left her village of Kafr Tahla to attend college at the University of Cairo, and in 1955, graduated with a degree in psychiatry. She went on to practice psychiatry and eventually became Egypt’s Director of Public Health. She also edited a magazine called “Health,” which focused on preventative medicine. El Saadawi also spent her time and energy writing on issues which women faced, especially in Arab culture. These writings eventually led to her dismissal from her position as director and the shutdown of her magazine. However, instead of buckling under the pressure to keep her voice down, El Saadawi continued to write.

After publishing numerous pieces of both fiction and non-fiction, including her most famous work, The Hidden Face of Eve (1977), El Saadawi found that it was very difficult to obtain an official job. Her writing and opinions had frightened those in power. In fact, her ideas of equality for women and her outspoken political critiques were considered to be such a threat to the oppressive regime that, in 1980, she was imprisoned.

Again, the bars of the prisons could not deter her from her activism. In 1981, El Saadawi formed the Arab Women’s Solidarity Association and continued to write on whatever she could find in prison, including toilet paper. Upon her release in 1983, her writings were published in Memoirs from the Women’s Prison.

Nawal El Saadawi never compromised her beliefs just to live in comfort. She says, “When I came out of prison, there were two routes I could have taken. I could have become one of those slaves to the ruling institution, thereby acquiring security, prosperity… Or I could continue on the difficult path, the one that led me to prison… Danger has been a part of my life ever since I picked up a pen and wrote.”

El Saadawi, despite death threats from fundamentalists, continues to maintain her feminist stance and travels around the world teaching about her life, her writings, and the need to fight for change. She has taught at Duke University, Washington State University, and Florida Atlantic University. She is still writing.