by Kristine Sadler from United States

Can you imagine traveling all across what is now known as the United States on foot? Well that's what Sacagawea did when she was only 17 years old. Sacagawea's life was very difficult from a young age. Sacagawea was dragged away from her family when she was twelve and almost never saw them again, but she did have a tribe and family that she belonged to. Sacagawea showed many heroic virtues Bravery being one of many.

Sacagawea leading Lewis and Clarkhttps://cdn.history.com/sites/2/2013/12/sacagawea-H.jpegSacagawea was dragged away from her family and never saw them again. Sacagawea was captured when she was twelve in a Hidatsa raiding party. She was purchased a year later by a French trader Toussaint Charbonneau as a wife. In 1805, when she was 17 years old, she joined Lewis and Clark on the well-known country  expedition to uncover the U.S. 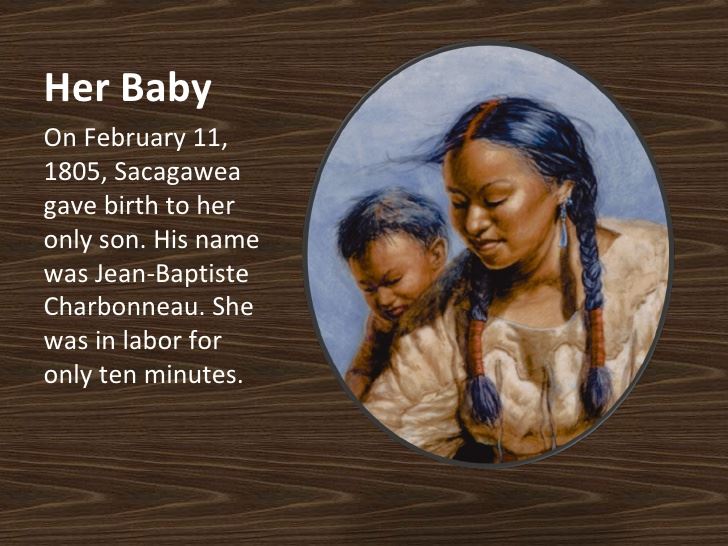 Salmon, Idahohttps://www.bestplaces.net/images/city/salmon_id.gifBefore Sacagawea was captured, she lived with her family in her tribe. She was born in May, 1788. Sacagawea was a Shoshone Native American, whose territory is now known as Salmon, Idaho. Sacagawea was caring for a newborn/due baby during her journey with Lewis and Clark. His name was to be Jean Baptise Charbonneau. Sacagawea was the guide and one of the interpreters on Lewis and Clark's expedition. (Her husband was also one of the  interpreters on the expedition) Sadly Sacagawea died December 20th of 1812 in North Dakota. She was 24 years old when she died. Sacagawea was a very brave woman. When her boat had  capsized in a river, she jumped into the running water to grab needed supplies (paper, food, etc.). Instead of engaging in fight with violent tribes, she talked with them. She walked right up into the face of danger and stared at it without showing any fear, and made it no longer a threat. But the bravest thing that Sacagawea is known for is joining Lewis and Clark on their expedition across the U.S.

Sacagawea was an amazing women/girl. She proved to me and others that anything is possible even if it seems like it's not. She never gave up and never gave into violence even when she was subject to it for over half of her life. Sacagawea has inspired me not give up anything even if the odds are against me. She was always willing to help and was determined to never stop, give up, or be violent. She was one of the most amazing women in history. I hope that Sacagawea has inspired you as well.