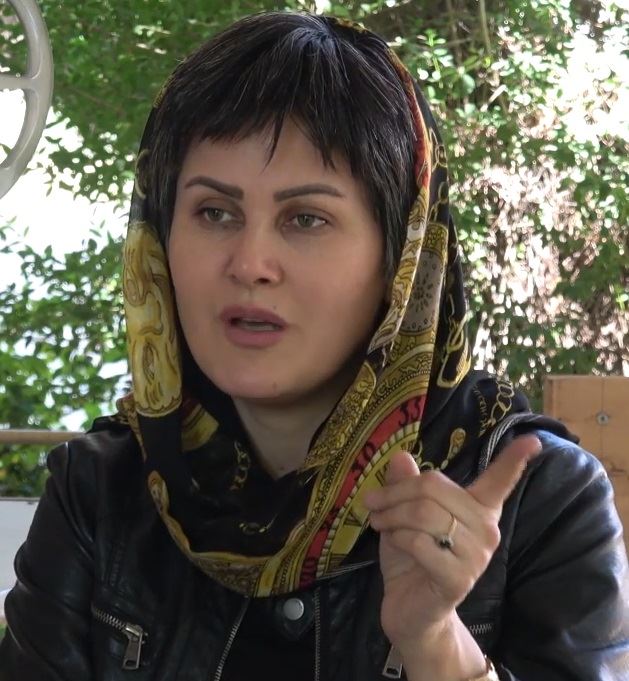 Sahraa Karimi, the first-ever female director-general of state-run Afghan Film, made international headlines when she posted a letter to the international film community on Twitter, sounding the alarm as the Taliban was preparing to take over Kabul, where Karimi lived and worked. Following the announcement of U.S. withdrawal of troops by September 2021, control of the Afghan capital would be accomplished just days later, consolidating the overthrow of the existing government by the Taliban insurgents.

I don't understand this world. I do not understand this silence. I stand and fight for my country, but I just can't. I need allies like you. Please help us make the world care about what is going on with us. Please help us by informing your country's most important media about what's going on in Afghanistan. Be our voice outside the borders of Afghanistan. If Taliban capture Kabul, we may no longer have access to the internet or any communication tools. Please invite your filmmakers and artists to support us, to be our voice. This war is not a civil war, it is a non-prohibition war, it is a war and it is the result of the US agreement with Taliban. Please reflect this reality in your media as much as you can and write about us on social media.

The world should not turn its back on us. Be the voice of Afghan women, children, artists and filmmakers. This support is the biggest help we need right now.

A few days later, on August 15th, the day the Taliban took Kabul, Karimi shared a video on Instagram as she ran through perilous streets to the airport. Following the massive response she received on Twitter, Karimi continued to write about the current distressed and dangerous situation in Afghanistan in posts that received over a million views.

Fearing for her life, Karimi managed to get through to the Kabul airport where she was ultimately evacuated to Ukraine with her family on a Turkish flight.

Thousands of other at-risk Afghan families like Karimi were also fleeing the country, while the escalating violence and harassment reported by people trying to get to the airport signaled a return to the brutal Taliban rule of twenty years ago.

Karimi pointed out that prior to the U.S. invasion in 2001, women were banned from public life, girls were prohibited from attending school, secular films were banned, and enemies of the Taliban were imprisoned or executed. Today, with the new developments, two decades of enormous progress for women and the arts are threatened. 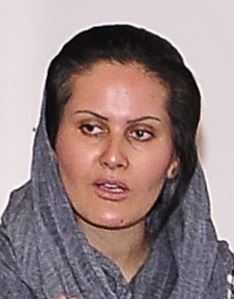 In her letter to the international film community, she wrote: “Everything that I have worked so hard to build as a filmmaker in my country is at risk of falling… If the Taliban take over they will ban all art. I and other filmmakers could be next on their hit list. They will strip women’s rights, we will be pushed into the shadows of our homes and our voices, our expression will be stifled into silence."

Following her safe return to Ukraine, Karimi told Reuters: "They don't support art, they don't value culture and they will never support these kinds of things…And they are afraid of educated, independent women," she said: "The Tailban wanted women to be "hidden, invisible."

Sahraa Karimi (صحرا كريمي‎), the only Afghan woman at the time with a Ph.D. in cinema, film, and television, is a leader and role model in her native Afghanistan. Born in Tehran in 1983, she received her education in Czechia and Slovakia, and then returned home in 2012 where she promoted independent Afghan filmmakers and made over 30 shorts and documentaries about womens challenges in a traditional culture, including Parlika (2016)  and Afghan Women Behind the Wheel (2009).

In 2019, Karimi directed her first feature film, Hava, Maryam, Ayesha, which was nominated for an Orizzonti/ Horizon Prize for Best Film at the Venice Film Festival. The film is about three women from traditional Afghan society who profoundly change their destinies.

Now, in the current crisis, Karimi is afraid that the Taliban will go after local artists and their families, and especially female artists, as they have begun to go after journalists. Karimi told the Hollywood Reporter that she went back to Afghanistan “to tell the stories of my country and my people and to change the narrative of Afghanistan, and that is what I want to continue doing,” she says. “The Taliban are anti-art, anti-cinema and anti-woman.”

“If the Taliban don’t let us work, it means we can’t tell our stories. But I will try to find a way.” Karimi said she will continue to make movies from abroad and speak out to the international community about the worsening plight her people, especially women. “The world should not turn its back on us.”