"YOU CAN LEARN ANYTHING! For free. For everyone. Forever. 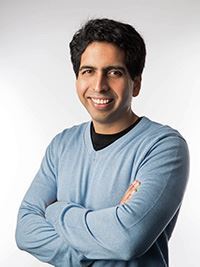 Sal KhanKhanAcademy.orgSal Khan may have changed the face of education forever: and millions of students, teachers and life-long learners are grateful that he did. Sal Khan is the founder of KHAN ACADEMY, whose mission is to provide a free, world-class education to anyone, anywhere. In his acceptance speech for the GLOBAL EDUCATOR AWARD at this year’s MY HERO International Film Festival, he tells us that Khan Academy is now reaching hundreds of millions of students around the world and he believes it can be billions. Wherever they are, in or out of a classroom, they can now self-educate, if need be, to get where they dream of being. But Sal believes that teachers and students within the classic school structure can now supercharge their education using the tools the academy makes available online for free.

How did this all start? Well 7 years ago, Sal was a hedge fund analyst in Boston and tutoring his cousins who lived in New Orleans. He started sending them YouTube videos for a supplement to what he was teaching them and decided to make them available on YouTube as well. But a funny thing happened. He started getting feedback from around the world. People were discovering his little videos and the response was mostly positive and changing people’s lives - especially students who had been having trouble learning. He told me, “My cousins said they preferred virtual Sal to in person Sal and that made sense to me. Because now they could pause and repeat their cousins’ lessons. They could review them at their own pace and in their own time without being embarrassed or thinking they should already know this.  Plus, they could move on at their own pace. The first time you are wrapping your head around a new concept, the last thing you need is someone asking, ‘Do you understand?’” 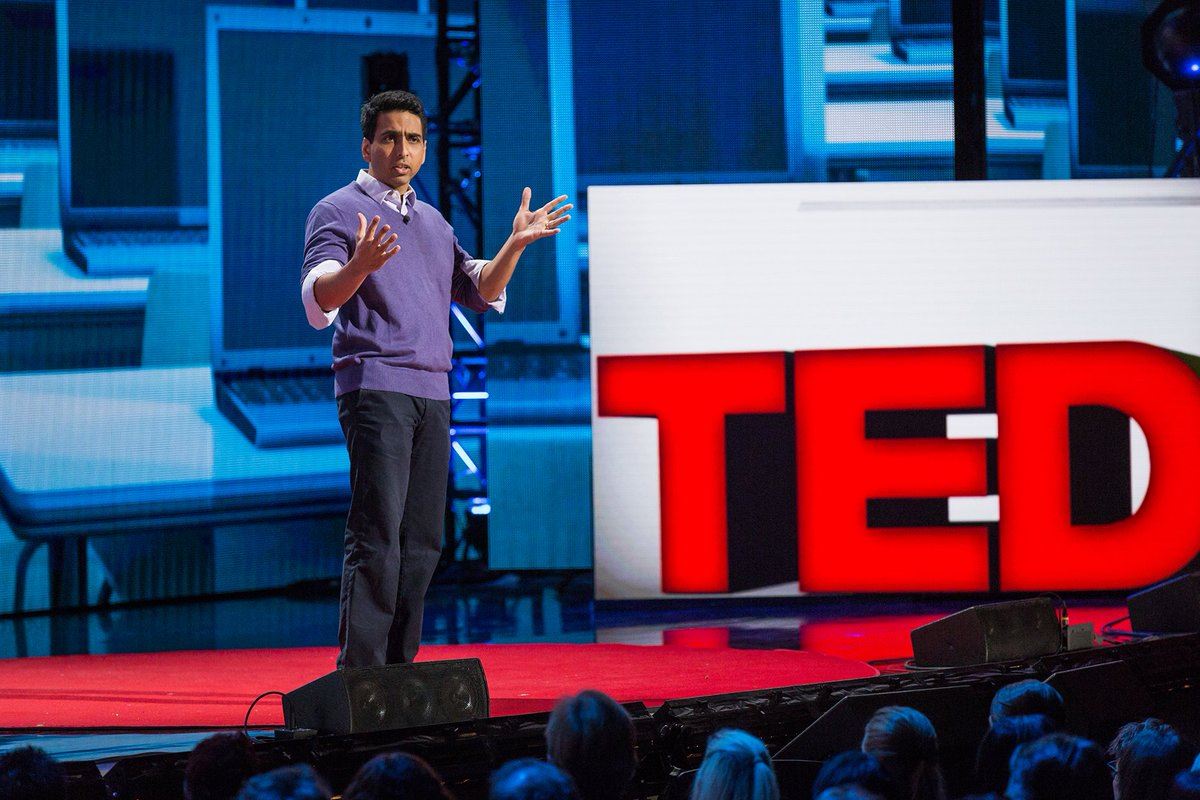 Sal Khan at his TED TALKted.orgSome of that initial feedback included emails and letters from grateful parents and students:

“The first time I smiled doing a derivative.” And down the chain of that response was, “Same here. I actually got a natural high and I remember seeing all of this matrix text in class but here I am like I know kung fu!”

In a letter, “My 12-year-old son has autism and has had a terrible time with math. We have tried everything, viewed everything, bought everything and then stumbled onto your videos on decimals and IT GOT THROUGH. Then we went on to the dreaded fractions and AGAIN he got it. We could not believe it. He is so excited.”

It began to be clear to Sal that he had tapped into something pretty amazing. And not just for a few kids but for a global audience of students, teachers and life-long learners who could now have the chance to not only catch up but to super charge their educations. To be fair, his videos are pretty funny and the way he describes really hard concepts has a flow and just makes sense.

Where did this intuitive way of learning stem from? Did he have teachers at a young age that showed him the way? Sal actually talks about how lucky he was to have had two second grade teachers, Miss Krause and Miss Rouselle, who at the beginning of the school year asked him what he was interested in. In the short film by EDUTOPIA, he says, “I was 7 and they were serious. And I said, well I like to draw, I like games. And they said, so you’ll draw and you’ll  work on games and I thought I was getting away with something. Was this really school? But it allowed me to learn things I found interesting and today my best memories are of what started that day with Miss Krause and Miss Rouselle.”

Sal has a dry kind of humor that works well in his videos and in his TED talks, so I asked where that humor came from. He replied, rather sheepishly, that when he was a kid his mom worked late a lot so he watched a lot of TV and two of his favorite shows were Johnny Carson and Late Night with David Letterman, so maybe that explains it.

I had thought that Sal might be against what seems to be happening a lot in education these days, which is teaching to test, but he told me he feels tests are necessary to give students and teachers sign posts as to where someone is within a subject overall.  He explained, “The difference is the way to get to that test.” Which brings us to Mastery and Mind Set. Sal explained, “Mastery based learning is, the way you would learn a lot of things in life. It’s the way you would learn a martial art. In a martial art, you would practice the white belt skills as long as necessary and only when you’ve mastered it would you move on to a yellow belt. It’s the way you learn a musical instrument. You practice the basic piece over and over again and only when you’ve mastered it do you go on to the more advanced one. But in traditional learning, students are grouped by age and most learn the same things, at the same time and when tested their scores vary. Due to the constraints of time and curriculum a student may get only 60% right, or 80% right or even 95%... so it creates a Swiss cheese gap in the foundation of your understanding of that subject. When will you learn those missing percentages? As you go further and into higher grades, by the time you hit calculus, even an A student can start to fail. This might influence your mindset to think you cannot do this course, that you will fail. But with Mastery based learning, you learn at your own pace and in your own time and move onto the next level ONLY when you have mastered the previous one.  Your mindset now becomes, I CAN do this.” 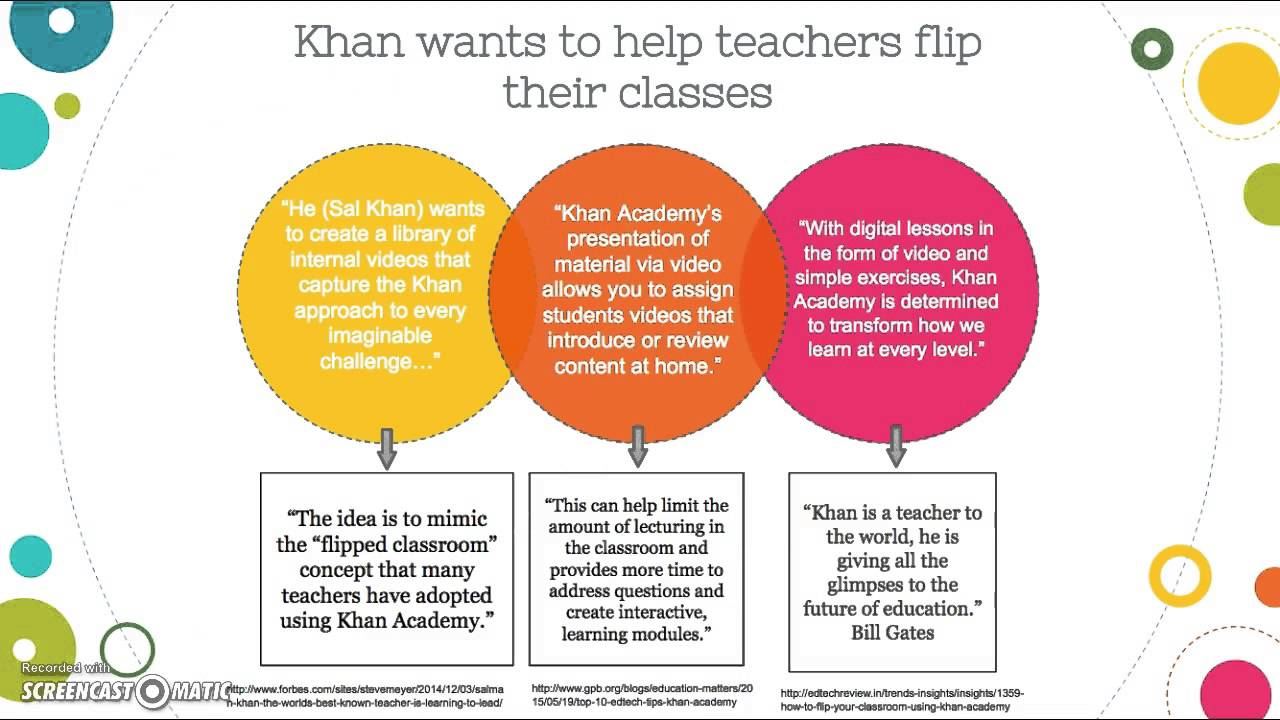 Flipping Classrooms chartkhanacademy.orgAnother important concept that Khan Academy uses is FLIPPING THE CLASSROOM, which means videos are assigned for learning at home and the homework is done in the classroom. This tends to humanize the teacher/student experience as now they can focus on what the student is actually having trouble with learning, from the student’s perspective. A win win for both.

In a collaboration with the Los Altos school district, their board asked Khan Academy what it would do if they could teach in any way they wanted to. They responded with, “give students a dashboard where everyone can move at their own pace and can track data at a district level, so if they move schools, it all goes with them.” It was and is very successful as teachers are kept in the loop with their students and can see at any one time, who needs help and where that help is needed. 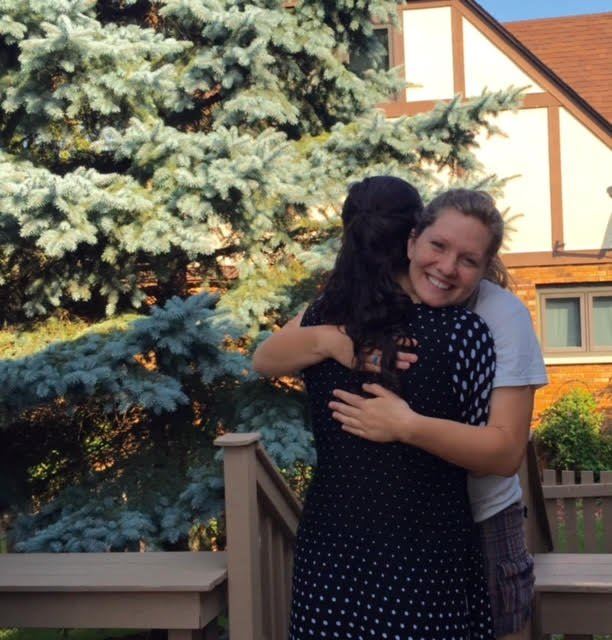 Sultana arriving at college in USFrom Friend of Nicolas KristofThere have been so many success stories around the world but when asked if there was one that really stood out, he told me about the story by New York Times writer Nicholas Kristof  called MEET SULTANA, the TALIBAN’S WORST FEAR. Seems this young girl in the Taliban stronghold of southern Afghanistan really wanted to learn, but in the fifth grade was threatened with acid in her face if she did not quit school. So she had to learn in secret from within the confines of her family's high-walled compound. She cannot be named because it would put her and her family in great danger. She devoured any newspapers or magazines her brothers brought home but when her father, a businessman, had the internet installed in their home she was finally free to self-educate.  Somehow she discovered the Khan Academy and told Nicholas that after mastering English, she now “rises at 5 a.m. and proceeds to devour calculus videos from the Khan Academy, work out equations, and even read about string theory.” I am hoping for an update from Mr. Kristoff, to let us know if Sultana has achieved her dream of studying at a University in the United States. (Just received the update and YES Sultana IS STUDYING AT A COLLEGE IN THE US! Congratulations to Sultana and to the Khan Academy too.)

One kind of cool thing I discovered when delving into www.khanacademy.org was a section with LeBron James lessons. Yes, that LeBron James, superstar basketball player. Seems he was pretty impressed with KA and wanted Sal to create some videos about questions LeBron had. The results are pretty sweet. Check them out. Stuff like, HOW DOES SHOOTING A BASKETBALL ILLUSTRATE NEWTON’S 3RD LAW? AND IF EARTH’S HISTORY WERE A BASKETBALL GAME, WHEN DID HUMANS APPEAR? 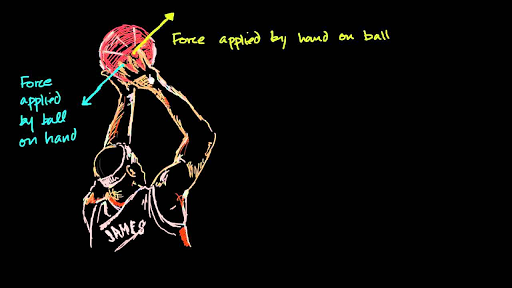 Lebron James lesson at Khan Academykhanacademy.orgWhen I finally asked Sal about heroes and who his hero was, he said he had a few but chose to tell me about a fictional hero, from Isaac Asimov’s FOUNDATION series by the name of Hari Seldon. Seems Sal read this series in middle school and was “fascinated by the big visions of this character, this math professor at Streeling University on the planet Trantor. Hari develops an algorithmic science called psychohistory that allows him to predict the future in probabilistic terms. Hari Seldon predicts the fall of the mighty Galactic Empire. This knowledge allows Seldon to shorten the millennia of chaos and barbarism that follows from 30,000 years to under 1,000.” Sal realized at this young age that most people do not have big visionary dreams but that if allowed the proper tools to create them, anything is possible."

And in the world according to Sal Khan, anything IS possible. This learning adventure that started in his closet in Boston between Sal and his cousins in New Orleans has grown to a reach of 57 million registered users around the world, a full-time staff of 200 and thousands of volunteers and donors globally. Big vision. Big results.

I know that I for one am going to peak into a few Khan Academy lessons, starting with How to Code and Art History, with a few LeBron James videos for good measure. Maybe you can find something in this vast website that will inspire you to also become a life-long learner. Enjoy. I know I will. Thank you Sal Khan, for your vision, your humor and your passion for education and for sharing that passion with the world. And congratulations on a much deserved MY HERO Global Educator's Award!

Khan Academy - A personalized learning resource for all ages.
Supercharging the Classroom: Using Tech to Support Personalized Learning - SHORT FILM with Sal Khan - EDUTOPIA says: Sal Khan founded a school based on successful principles of his You Tube Tutorials.
TED TALK by Sal Khan "Let's Use Video to Reinvent Education" - Salman Khan talks about how and why he created the remarkable Khan Academy
Sal's second TED TALK: Let's teach for mastery not test scores! - Why, then, do we rush students through education when they haven't always grasped the basics?
SAL KHAN ACCEPTANCE SPEECH - EDUCATOR AWARD - MY HERO INTERNATIONAL FILM FESTIVAL - Check out Sal's acceptance speech