by Amanda Botts from San Diego, California in United States 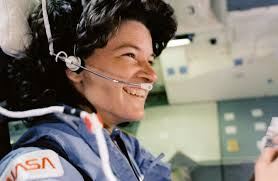 Sally Kristen RidePhoto courtesy of NASA“Heroes arrive when we need them most. They define us and point us in a direction” (Granger 2). David Granger’s article, “Boy Do We Ever Need a Hero” claims that heroes reflect a person and the values they uphold. Heroes are usually people in our everyday lives, so we can easily pick out specific traits that we admire. It is because of this, that we must find heroes and heroism around us to help us stay on track to become the person we want to be. Heroism can be found in many places. Whether it is a kind teacher or a successful business owner, heroism is still present. Anyone can possess the traits that make them a hero to someone: courage, confidence, and faith in themselves. A hero must also have an aspiration to change the world for the better. The number of people someone influences doesn’t define their worth. It's the meaning they give to other people that make them heroic. A deserving hero is one who is courageous in themselves, and who can easily get out of plights they are in, making a mark upon the world.

A prime example of a hero is Sally Kristen Ride. Born on May 26, 1951 in Encino, California, Ride was the oldest daughter of Dale Burdell and Carol Joyce. While she grew up, Ride developed a love for information and a deep passion for sports. She frequently scored at the top of her class and was so proficient at tennis that she contemplated making it her profession. She chose to pursue science instead and  earned her Ph.D. in astrophysics from Stanford University in 1977. It was also in 1977 when NASA started to look for female astronauts. Ride jumped at the chance and in 1978 she was accepted into the space program. From then, Ride went into training and in 1983, she became both the first American woman in space, and the youngest American astronaut. Ride completed a total of two flights on the orbiter, Challenger, then left NASA to teach at Stanford University and the University of California, San Diego. Ride also co-founded Sally Ride Science, an organization which encourages young girls into fields of science, mathematics, and technology. Sally Ride died of pancreatic cancer on July 23, 2012 at the age of 61. Sally Ride isn't only a hero because of what she accomplished in space. She is a hero because her courage helped her to overcome obstacles in her life. She also used her quick wit to solve plights and get solutions quicker and easier. Sally Ride not only kept calm and solved issues in-flight with her quick wit but also withheld great courage throughout her life, making her an admirable hero. 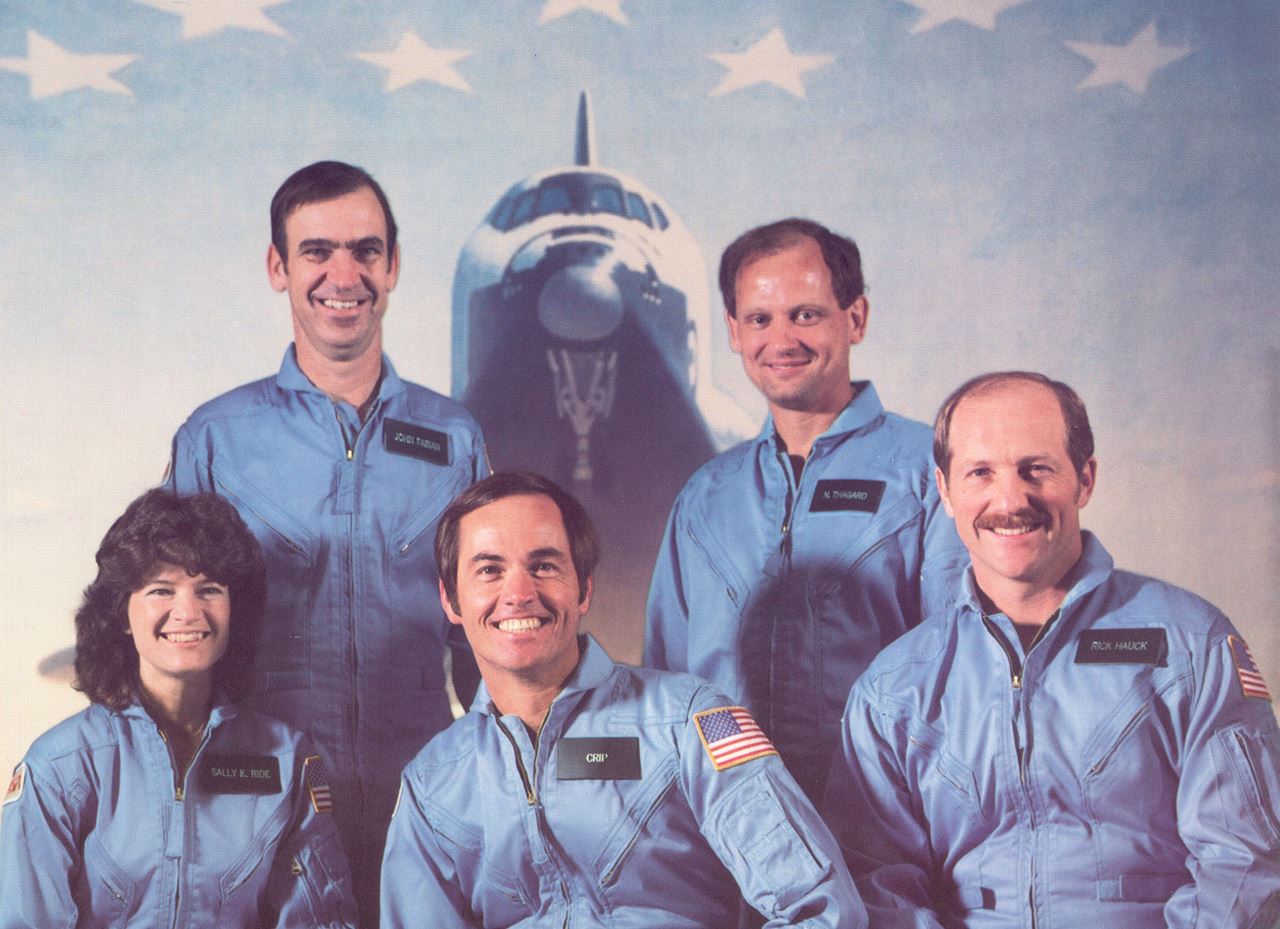 Ride and the Challenger CrewPhoto courtesy of NASAWhile many might crack under pressure, Sally Ride soared with her quick wit and resourceful problem solving skills. Joanne Mattern’s biography explains how during Ride’s first trip into space, her quick thinking was displayed while experimenting with machinery: “While she was working with the SPAS [Shuttle Pallet Satellite], Ride noticed that monitors showed the temperature of the satellite was higher when it was away from the Challenger… She suggested that the shuttle be moved so its shadow covered the satellite to block the direct rays of the sun. The maneuver worked, and Mission Control was pleased with Sally’s quick thinking” (Mattern 52). Ride’s idea to reposition the shuttle to create a shadow for the satellite thereby cooling its temperature was something no one else on her team had even suggested. A hero is someone who thinks outside the box and is brave enough to speak up to suggest an alternate solution. Ride could have just stayed in the shadows of her male crew-members and let them solve the issue but she decided to speak up instead, solving the situation efficiently. Another incident that required Ride’s quick wit was with another satellite during Ride’s second and last flight: “Sally was in charge of releasing the weather satellite on the first day of the trip. However, she immediately ran into trouble. The hinges on the satellite’s solar panels had frozen while it was in the cargo bay. Ride asked Commander Crippen to reposition the shuttle so the sun could shine on the satellite and melt the ice. Ride’s idea worked, and she was able to successfully launch the satellite” (Mattern 58). Ride’s quick thinking saved data imperative to experiments, heroes need to have quick thinking to conquer the problems they encounter. A hero can always make sense of a situation that they are in and find a solution. Despite the challenging situations Ride found herself in, she pushed through and conquered the problems with her sharp wit. 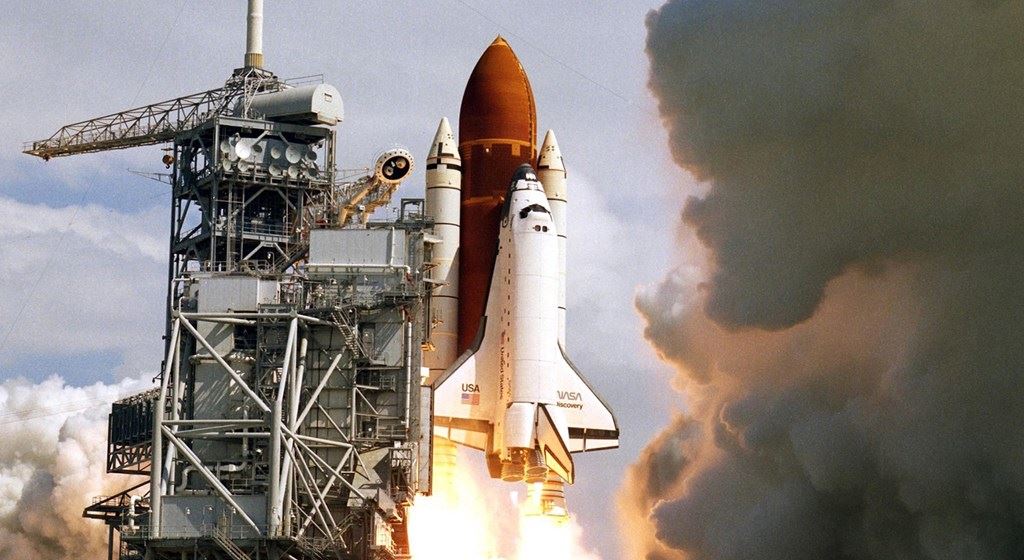 The Challenger ShuttlePhoto courtesy of NASA

Furthermore, Sally Ride showed courage in the face of daunting situations, earning her the title of a hero. Ann Friedman’s online article states that in Sally’s early life, she showed courage in her actions to be confident in herself: “Ride was unapologetically feminist, but she didn’t make career choices with politics in mind. She followed her interests. ‘I think she was twenty years ahead of her time in her absolutely unstated demand to be treated as an equal,’ an early college boyfriend tells [Lynn] Sherr. 'She just asserted herself in a way that said, “I’m here and I’m capable and I’m doing it.”’” (Friedman). Being a feminist was unusual for that time that Sally lived in, as women were still being ignored and excluded. Both men and women were treated different, to drastic measures.  NASA opening the astronaut application to women was a big shift in the organization, showing how much the world had to change. Ride helped the shift by leading an example to all women that by working hard you can achieve your goals. Heroes need to be confident in themselves to succeed and Ride had more than enough courage to pursue what she wanted to heroes also have to have courage in daunting situations. Ride showed physical courage in her training for being an astronaut: “Survival training was another part of Sally’s job. She jumped out of planes wearing a parachute that weighed 45 pounds. She jumped out of a helicopter into the water and floated on a raft for several hours. She was pushed out of a motorboat while wearing a parachute and had to take off the parachute harness quickly so she wouldn’t drown” (Mattern 34). While astronaut training was originally designed for males, Ride successfully accomplished the requirements setting forth a precedent for other women in the space program to follow.  Ride persevered through training and accomplished her goal of going into space. Heroes need to have courage in the events they face to push through and in whole, achieve their goals. If it was not for Ride’s courage to overcome both mentally and physically straining situations, she wouldn't have even made it into NASA’s program, not to mention going into space. 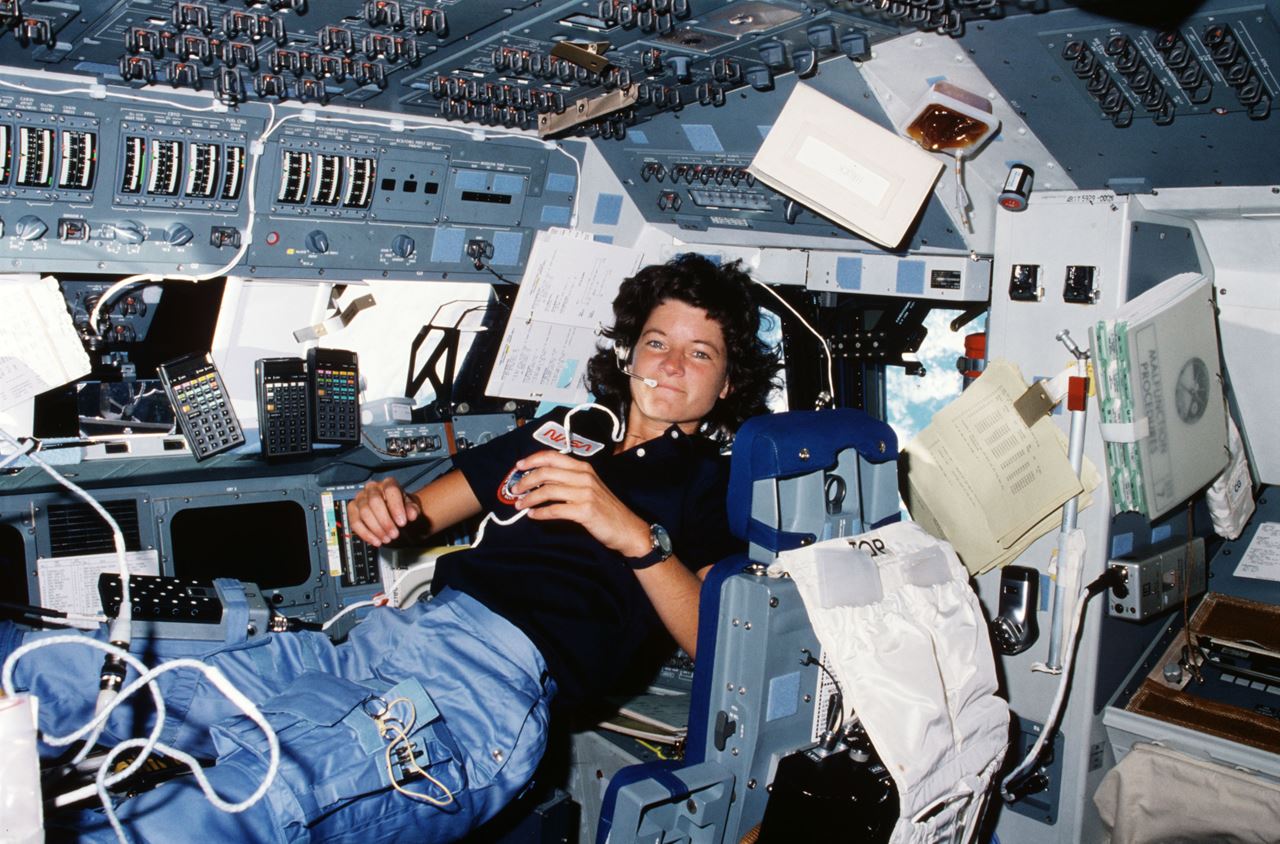 Ride in the shuttle during an expeditionPhoto courtesy of NASA

Sally Ride earns the title of hero by being valiant about her abilities and dealing with stressful situations instantly. By having courage in herself, Ride managed to achieve her goals and overcame gender stereotypes of the time. Ride believed that anything could be accomplished with effort, so she pursued her dream job when given the opportunity. Sally Ride used her education to create ideas on how to deal with situations in the moment, like when she saved the weather satellite. Because Ride could solve situations in-flight, she ended up preserving research imperative to experiments all around the world. She also used her popularity to influence others. She co-founded Sally Ride Science, an organization that encourages young girls to explore technology, mathematics, and science. By doing this, she broke gender stereotypes both about female scientists and what women can do. Ride even explained how young children can lose interest in science in an interview: “There was a 2001 study that showed in fourth grade, 68% of boys and 66% of girls like science. Starting in sixth, seventh and eighth grade, we lose girls and boys, but we lose more girls and for different reasons: lingering stereotypes, societal pressures. It's well known that many girls have a tendency to dumb down when they're in middle school” (Jones 1). Being someone who has seen and been impacted by the influence of gender stereotypes, I think that the actions Ride had taken to introduce the idea of females in science are great leaps forward from where they were. Her courage in herself has motivated me to take chances while having confidence in myself.  I have also further considered studying a field of science, as this is what I enjoy, but I wouldn’t be able to do, if not for the example Sally Ride set for me. Her quick wit has shown me that anyone can accomplish anything, if their head is in the right place and they are prepared. She showed the world that women can accomplish and do anything they want to.  I am confident that I can be as optimistic and progressive as Ride was. When I see Sally Ride’s impact on the world, I am inspired to reach just as high as she did; she was a phenomenal person and in her actions, she has made an extraordinary difference to many people. A hero must possess the courage to reach their goals, an astuteness to pull-through trying events, and in the end make a positive influence on the people of the world.

Sally Ride Science - The organization Ride co-founded to inspire children to explore science and science-related fields.
Sally Ride and Valentina Tereshkova: Changing the Course of Human Space Exploration - More information about women astronauts and how they pushed the scientific community foreward.
NASA's Official Page - More on NASA and their research