Science says rats can be kind. Here’s why that matters.

The animal kingdom is often painted as a merciless world. But empathy and helping behavior are much more prevalent among animals than many people assume.

MARCH 9, 2020 - At the end of the Second World War, U.S. Army Brigadier General S.L.A. Marshall spoke with thousands of infantry soldiers and uncovered a surprising facet of human nature: fewer than 1 in 5 soldiers had actually fired their guns in combat, even though 4 in 5 had the chance to do so. Many troops, he found, had aimed high or off to the side to avoid hitting the enemy. 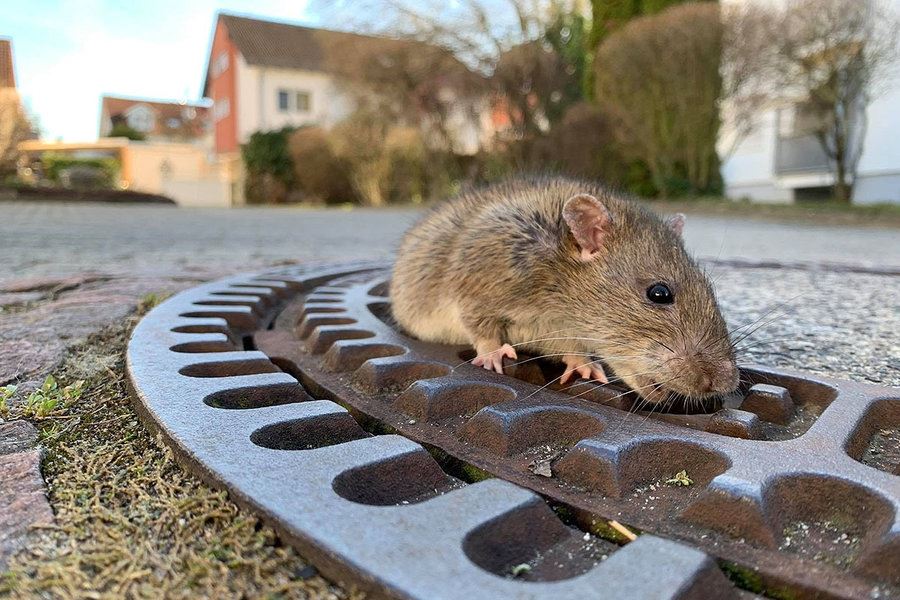 Rats tend to get a bad rap, particularly when they are scurrying around human neighborhoods, like this one seen in Bensheim-Aurbach, Germany Feb. 24, 2019. But a new study suggests that these humble rodents share some prosocial traits with humans.Berufstierrettung Rhein Neckar/Reuters

“The average and normal healthy individual,” wrote General Marshall in 1947, “has such an inner and unrealized resistance toward killing another man that he will not of his own volition take life if it is possible to turn away from that responsibility.”

Today, psychologists use the term “harm aversion” to describe our seemingly innate and widespread unwillingness to make another human, even a total stranger, suffer. But where does this reluctance come from? Is it something we learn as children? Or does it run deeper?

A study published March 5 in the journal Current Biology suggests that it has roots in the very thing we often use to justify our selfishness: evolution.

Researchers at the Royal Netherlands Academy of Arts and Sciences and the University of Amsterdam found that some rats display an unwillingness to harm their fellow rats, even when it benefits them to do so. This unwillingness, the researchers found, correlates to a similar biological mechanism in humans, suggesting that this innate pacifism emerged among mammals more than a million centuries ago.

“Next time you call someone a rat, to suggest a low moral quality, think again!” writes neuroscientist Christian Keysers, a senior author of the study, in an email to the Monitor.

Getting out of the rat race

The research of Dr. Keysers and his colleagues helps explain the evolutionary origins of “prosociality,” behavior that benefits conspecifics, that is, other members of one’s own species, without an obvious evolutionary benefit to oneself.

“Evolutionary biology might, at first sight, suggest that animals are selfish in the struggle for survival,” writes Dr. Keysers. “After all, conspecifics are the worst competitors, as they use the exact same resources we use.”

To test the rats’ moral fiber, Dr. Keysers and his colleagues put 24 rats of both sexes through a series of experiments. First, they trained the rats to press two levers, each of which delivered a sucrose pellet, until they had developed a preference for one lever. Then, the experimenters wired the preferred lever so that, when a rat pressed it, a rat in a neighboring cage would receive an electric shock.

Nine of the 24 rats immediately stopped pressing the preferred lever upon witnessing their neighbor get shocked, regardless of whether it was a rat they shared their home cage with or a complete stranger.

“In a way, the individual variability was really stronger than we expected,” writes Dr. Keysers. Perhaps rats are as distinct from each other as humans are, he adds.

Next, the experimenters rigged the shocking lever to deliver two pellets. The rats that had stopped pushing their preferred lever still tended to steer clear of it, pushing the one-pellet lever instead, sacrificing one pellet to avoid harming their neighbors. But, as with humans, every rat has a price: When the shocking lever delivered three pellets, the rats would switch back.

“What the rats are telling us is, ‘I’m willing to spend one food pellet on this individual’s distress, but not two pellets,’” says University of Chicago neurobiologist Peggy Mason, who was not involved in the study.

The experimenters also “overtrained” some of the rats to keep pushing their preferred lever. They found that overtrained rats would seldom switch from their levers to avoid shocking their neighbor.

This is similar to the conclusion that the U.S. military reached after General Marshall’s report that just 20% of troops had fired on the enemy: By deliberately desensitizing trainees to killing, for instance by using humanoid targets, the Pentagon increased the shoot-to-kill rate among U.S. troops to 55% in the Korean War, and 95% in Vietnam.

The research into rats’ brains serves as evidence that humans and rats share the same basic emotions, he says. This “makes it unlikely that harm aversion evolved independently in the two species,” writes Dr. Keysers. “Instead, it suggests that it evolved before humans and rats separated 100 million years ago.”

This means not only that we should expect harm aversion to be widespread among mammals, but also that the emotions associated with being unwilling to cause suffering – empathy, remorse – are actually the same thing in humans and nonhumans.

“Not so long ago, it would have been taboo to even say we are researching emotions in animals,” writes Inbal Ben-Ami Bartal, a neurobiologist at Tel-Aviv University, in an email to the Monitor. But recently, “people have started understanding that taking emotions ‘off the table’ scientifically speaking is a case of throwing the baby out with the bathwater.”

Biologists say that emotions evolved because they motivate us to perform behaviors that are beneficial to our reproductive success. Prosocial emotions like empathy motivate us to benefit others in our group.

“The evolutionary advantages of having a cohesive group are so high that mammals have evolved a way to yoke one individual’s distress to another,” says Dr. Mason. “It’s a cute trick.”

In the case of the rats, we don’t know whether the ones who switched levers did so out of a sense of higher moral purpose, or whether their switching was simply an effort to relieve their own personal discomfort at witnessing another’s suffering. (Think of the way a screaming baby might make you squirm in your airline seat.)

“It might be that rats avoid harm to others because they care about the wellbeing of others,” writes Dr. Keysers, “or because they dislike the feeling triggered by hearing the other animal squeak.”