Sharing the Nile beats war over it

by the Monitor's Editorial Board.

Egypt and Ethiopia appear near an agreement that would avoid conflict over a new dam’s effects downstream. Mediation and listening skills have helped.

FEBRUARY 19, 2020 - Hot wars often get more attention than efforts to cool the passions that ignite them. This is not the case, however, in a dispute between Egypt and Ethiopia. Under the glare of media and with the help of international diplomacy, the two countries are nearing an agreement over the use of the Nile River. Rather than stumbling into a war over water, the two African nations appear ready for a peaceful settlement. 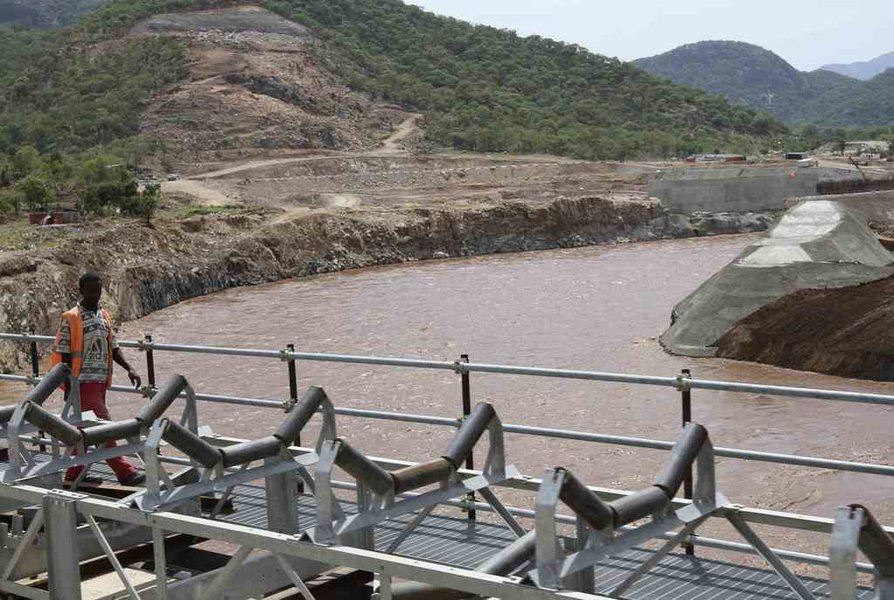 A man walks over a bridge by the construction of Ethiopia’s Great Renaissance Dam in Guba, Woreda, in 2013.Reuters.

One reason for all the attention: In an era of climate change, nations need models for managing shared interests and responsibilities over natural resources, especially water.

The dispute over Nile waters began in 2011 when Ethiopia started constructing a mega-dam on the Blue Nile to provide badly needed electricity, threatening Egypt’s main source of fresh water. The two differed sharply over the duration and rate at which Ethiopia would draw water out of the Nile and what it would do in times of drought. Some officials in Egypt threatened military action. Ethiopian Prime Minister Abiy Ahmed responded, “If there is need to go to war, we could get millions readied.”

With Ethiopia ready to start filling the dam’s reservoir later this year, both sides finally decided to allow third-party mediation last November. They turned to the United States and the World Bank. After several negotiations, they have narrowed their differences and have acknowledged many of each other’s core interests. Egypt is paying more attention to its inefficient use of water while Ethiopia is more willing to mitigate the downstream effects of the dam. The U.S. hopes the two sides will sign an agreement in coming weeks or months.

Such a pact could have an added benefit. It might encourage cooperation among the other African nations that border the Nile and its tributaries to work more closely in managing the critical water basin.

With the aid of outside interlocutors, Ethiopia and Egypt have built up some trust and listened carefully to each other’s concerns. Not only might they avoid war, but they could be setting a precedent for preventing other potential water wars in a climate-challenged world.