by Tiffany from Taipei in Taiwan 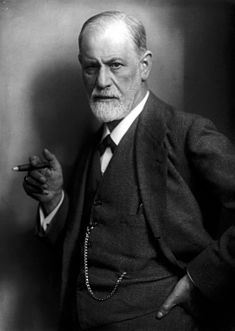 A prominent psychoanalyst, Freud.wikipediaFreud was a prominent psychoanalyst. He developed a model of psychic structure comprising the id, ego and super ego. He said, “The superego can make a person feel guilty if rules are not followed. When there is a conflict between the goals of the id and superego, the ego must act as a referee and mediate this conflict. The ego can deploy various defense mechanisms.” He also researched dreams, sexual desire, and so on. One of Freud’s achievements was finding the treatment for hysteria. 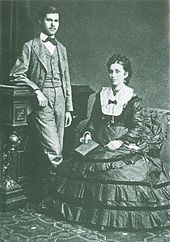 Part of Freud’s achievements were influenced by his family. He was born to Jewish parents, in the Austrian Empire, the first of eight children. His father was a solitary and authoritarian figure, but his mother was tender and emotional. He also had a nephew, named John. John and Freud’s relationship was competitive. Sometimes they were intimate, other times they competed with each other. Freud married Martha Bernays. They were very similar since Martha also came from a Jewish family and researched psychoanalysis. These were the most important people in Freud’s life.

Freud had numerous achievements, the most famous of which was the creation of psychoanalysis theory. According to his own clinical experience and the cooperation with his partner Breuer, Freud published the psychoanalysis theory, the theory about unconsciousness, which is normally hidden. When a person suddenly became silent or stuttering, it was a kind of resistance. To solve this problem, he or she needed his or her mind to be broken down to reveal hidden conflicts. In addition to that, there’s also lots of classifications of human mind in the theory. 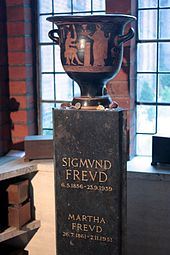 Although some of Freud’s theories were not supported by evidence, they still have contributed a lot to mental illness treatment. Evem today, when it comes to psychoanalysis, Freud is the most famous one. His psychoanalysis theory has also become a branch of clinical psychology..