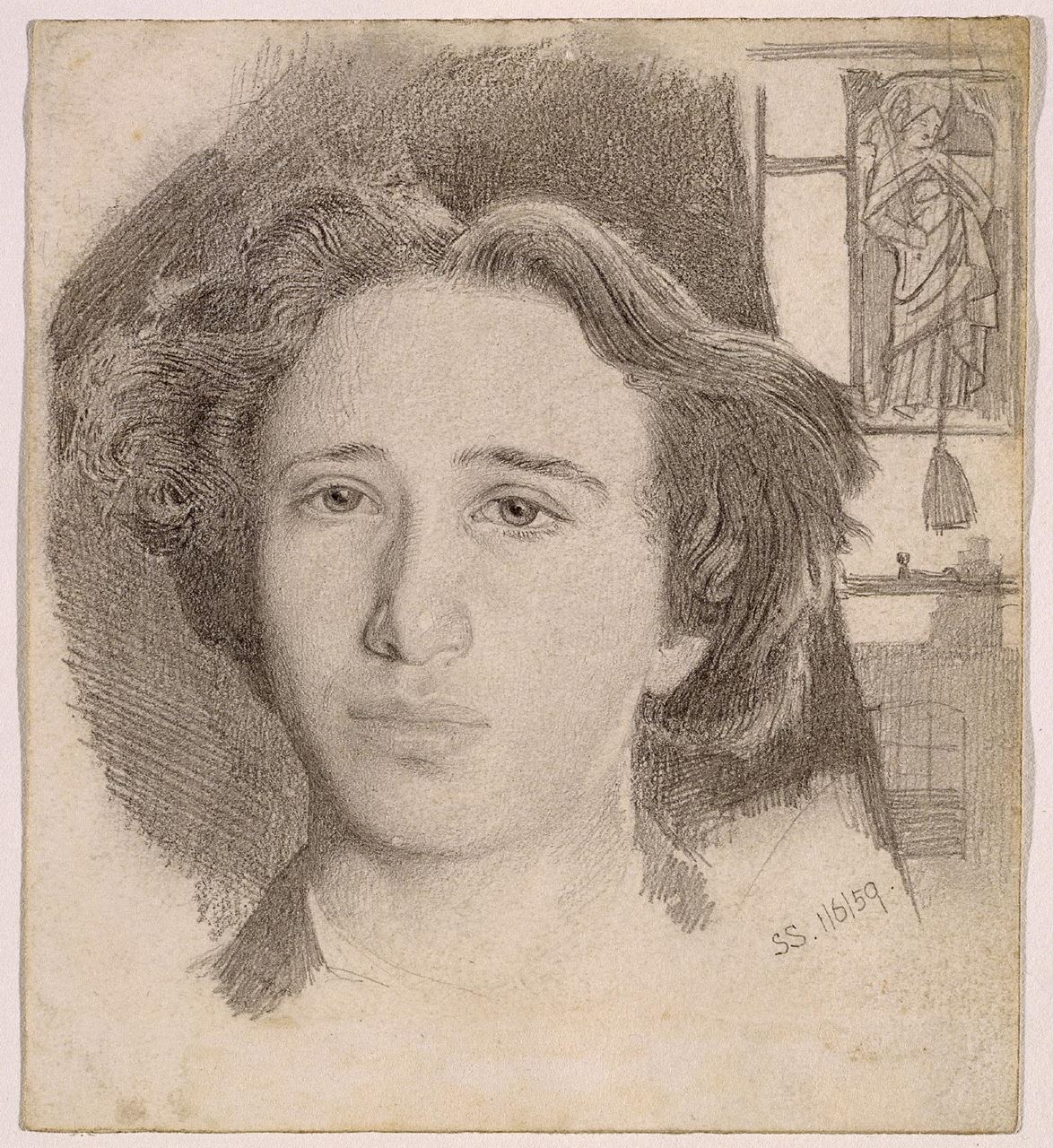 Simeon Solomon, Self Portrait 1859 © Tate Archive. CC-BY-NC-ND 3.0 (Unported)With Permission from the Tate MuseumSolomon was a British painter born in 1840 to a middle class, Orthodox Jewish family. Early in his career he was influenced by the Bible and Shakespeare. He belonged to a family of artists who also shaped Solomon's early artistic endeavors. He entered into the Royal Academy at age 16 and exhibited his first artwork at age 18, and was recognized as a child prodigy.

The artist became well known for his Old Testament subject matter and slowly leaned towards subjects that were more mystical and spiritual. Later in life he became part of the Pre-Raphaelite brotherhood, who embraced historical subject matter and the mysticism towards which Solomon gravitated. Often the artist’s figures were androgynous. Men were painted femininely and women were painted with masculine attributes, gaining the attention and disdain from critics at the time. In the Victorian Era, gender roles and the rules of gender presentation were very strict. It was looked down on to break the social expectations of one’s gender, and androgyny was criticized. Solomon tended to express his gay identity through subtly coded messages. This was so other queer individuals could recognize the homosexual subtext, but still stay out of trouble and prevent damage towards one's reputation.

As careful as Solomon was, he was caught “engaging in homosexual acts” in 1873, which was punished by imprisonment, labor, and a heavy fine. After this event, the artist’s reputation was ruined and never fully recovered to what it once was. Many of his friends, family, and artistic contemporaries abandoned him. Fortunately, a new generation of young homosexual men latched onto Solomon’s artwork, including Oscar Wilde. The wealthy aristocrat Count Eric Stanislaus Stenbock sought the artist out and befriended him, becoming his patron, and along with feeding and housing him, gave him a studio in which to work. The artist found a certain solidarity from his gay peers despite his exile from heterosexual/heteronormative society. The artist died in 1905 and, even after the tarnishing of his reputation, created work up until then. His artwork has gained in popularity, especially in gay circles of younger generations. Despite the backlash from society at the time, Solomon still created artwork that was true to himself and his identity, which is looked up to and admired by those experiencing the same hardships today.