Different examples of heroic figures can be observed all throughout the past, present and, idealistically, the future. The primary reason for this surplus is that the role of a hero is incredibly personal to one’s own thoughts and virtues. Someone who values strong leadership may look up to Abraham Lincoln, people who value direct action would probably look up to firefighters, and anyone who views good parenting as a virtue would obviously cherish good parents. In my eyes, the best hero is one who cares for others, and is determined to achieve the goals that they set for themselves, bettering the world around themselves in the progress. In my eyes, and through the eyes of any creature in the Animal Kingdom, Steve Irwin’s bravery and compassion for his goals stands out as a shining beacon of morality.

Although Steve Irwin hosted many different television shows about animals and co-owned The Australia Zoo alongside Terri Irwin, it’s important to understand that his lifelong career with animals was not just a job. His parents loved animals just as much as he did, and because of that, he helped and worked with wildlife in his childhood. He was very confident around crocodiles because he had helped wrangle them around the zoo when he was younger. Ultimately, engaging with wild animals had been a crucial part of his childhood and he continued to spread his ambitious goal of education because he loved animals. The extent to which he cared for animals, pursued the worldwide spread of awareness of them, and continued to work with animals co-owning the Australia Zoo is very admirable. The strongest quality in any hero is the determination they utilize when achieving their goals. Steve Irwin’s ultimate goal in his life was to help all of the animals across the globe because of how much he cared for them. His strong bond with wildlife of all forms is magnified when analyzing his large list of services to the Animal Kingdom.

The importance of Steve Irwin lies in the simple fact that even though he is a hero in my eyes, I alone do not make up the majority of people that his education has reached. Steve Irwin is mostly remembered as a larger-than-life, wild thrill-seeker. While that is true, first and foremost, he was an educator. Steve Irwin was wise enough to understand that education of animal life would most effectively be spread with an exciting air of discovery. A hero should utilize wisdom to achieve their goals, and Steve Irwin knew that people would learn more about wildlife if they were captivated by the beauty and thrill of the animals that he’d spent his life interacting with. This can be most clearly seen on “The Crocodile Hunter,” a TV show that he worked with Terri Irwin, his wife, on. When people saw Steve Irwin wrangling an angry crocodile by hopping on its back, that was astounding, and that footage reached and affected millions on people. He clearly had an ambitious goal: to educate the world on the subject of the Animal Kingdom. By possessing a strong understanding of what draws people in and how to make them leave with new information, Steve Irwin raised awareness of endangered species and granted people the knowledge of how to deal with certain dangerous animals.

However, his intellect didn’t just extend to how to effectively spread information. The information also covered the danger of the often intimidating creatures he worked with. These type of animals often included spiders, crocodiles, and snakes, all daunting creatures each with a daunting bite, respectively. Because of this thrill-seeking nature, often with dangerous animals, it was necessary for him to be incredibly brave. Of course, he also had to be knowledgeable of the creatures he worked with, which meant that his thrill-seeking was not out of foolishness, but determination to spread his love for animals. When one keeps in mind his several stunts on “The Crocodile Hunter,” and the fact that he’s aware of the danger, we can tell that he’s not hiding behind a foolish bravado. That could only mean that his resolve to share his compassion towards animals through exciting stunts that he would risk his life to get people interested and, therefore, educated. Intellect, dedication, and compassion are my personal qualities that I look for in a hero.

I firmly believe that Steve Irwin is a remarkable role model for every living person in this world. This is because he had a goal, a driving force in life, as does everyone. My ultimate goal is to share stories with people, and when observing Steve Irwin’s raw dedication to sharing information with people, it’s my strongest inspiration. I’m compelled to be wise by following his example. But most importantly, Steve Irwin’s goals help me to remember how important it is to be compassionate toward those around you, especially animals. Everything there is to learn from Steve Irwin’s example can be effortlessly applied to every single person alive in the past, today, and in the foreseeable future. 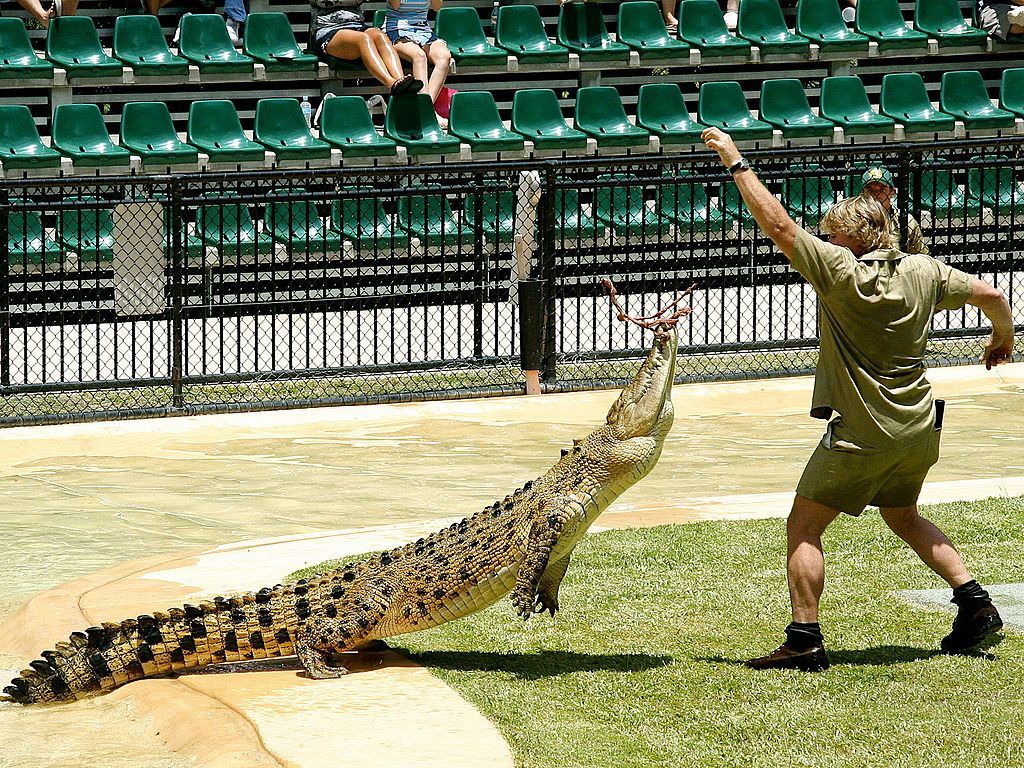