by Henry Millar from United States 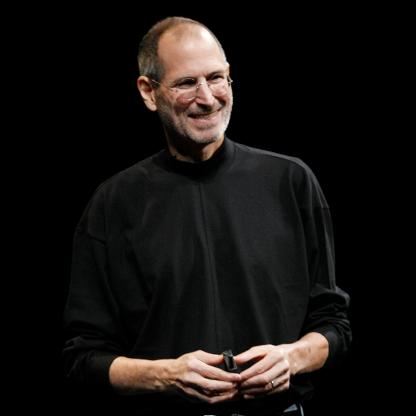 Steve JobsPublic domainTake a second and look around the room, just how many Apple products do you see? Maybe a couple of phones? Computers? Maybe even that fancy new iPhone X. All of these common things that seemingly make up our modern world are a direct result of Steve Jobs. Jobs is undoubtedly one of the most well known people in the modern technological era and for good reason. Jobs with the help of his team at apple, basically changed and molded the world into a much more easily connected one. Now, this was in no way an easy task. Steve failed numerous times, even being fired from his own company at one point. So, you may ask, what kept him going? Why would he ever get back up and continue on with this? And the answer to those questions would be that was just the person that he was. Jobs had persistence, dedication, creativity, and passion in abundance.

With the help of some friends, Steve Jobs started a small computer business when he was a young adult in his parent’s garage. At first, their business was more or less a glorified hobby, but after a key deal in the spring of 1976 with a local computer store, The Byte Shop, the small business was booming. Only a year later in 1977, Apple received its first major investment from Mike Markkula, this allowed Apple to fill more orders as they finally had the capital needed to fund larger business deals. Again, only a year later in 1978, Jobs announced a prototype of the Apple II, which was a revolutionary new version of the previous Apple I. It was a huge hit, and within the next couple of years it would end up being the only successful stream of income for the company. However, not everything for the company was always a success. Later in 1980, Apple released the Apple III, which turned out to be a huge failure for the company. As Apple started to dip into the red, Jobs never cut his losses and abandoned ship well Apple was still profitable. He said many times that it was never about the money for him, “I've always been that way because I've never really cared about money that much.” This is also evident by what house he lived in. Jobs was worth over an estimate $8.3 billion dollars, and he only lived in a modest $3 million dollar house in Palo Alto CA. Jobs only ever worked in the computer industry because it was something that he was passionate about, not because he could become really wealthy. This really speaks to his character and his philosophy and outlook on life.

Jobs was also known throughout Apple for being an incredibly creative person. He would often be found in the Industrial Design Lab at Apple’s campus working with Jony Ive on the latest designs and prototypes for apple’s latest gadgets. Jobs would often be critical of the designs picking the ones which felt the best in his hands. This is how he became good friends with Jony Ive. Jobs and Ive both thought that industrial design was one of the most important branches of Apple. This is why the came to the decision to put design at the top of Apple’s “food chain”. They did not want engineers overruling the design process and making Apple products look foolish and stupid. Clearly, this method has worked out very well as Apple is now the largest company in the world and its products are some of the best in the industry. Another aspect of Apple products that make them so great is the software. Apple’s software is known for being incredibly user friendly. It’s easy to use and straight forward operating system makes Macs, iPads, and iPhones have a similar experience across the platforms. This ease of use also makes it a fan favorite of people who are not tech savvy. There is something to be said for a computer that just, works. In recent years, this same reasoning has helped work Apple computers into the enterprise business. Just last year, IBM, a former Apple rival, purchased over 100,000 Apple computers to replace all of their current Windows PCs. Now you may ask, Why would they ever do that? They are going to lose so much money because of that. Against contrary belief Apple computers in this case actually cost less then their Windows alternative. This all plays back to Apple computer’s ease of use. In an enterprise situation, this translates to less calls to IT, and in turn less IT members. All of this is a direct result of Jobs’s efforts to make Apple product easy to use and aesthetically pleasing.

Steve Jobs was such an influential and important person in the modern technological world. With his rather strong personality, he built a company from the ground up, and brought it back when it was on the verge of bankruptcy. Jobs structured his company with the consumer in mind saying many times that “people aren’t forced to stay in the Apple ecosystem, but they do because it simply is the best in the business.” This was no easy feat to get Apple to the best in the business. Jobs failed many times, but this helped him grow and blossom into the CEO and businessman that led him to build the greatest and biggest company in the world.

McGarry, Caitlin. “How switching to Macs is paying off for IBM.” Macworld, Macworld, 20 Oct.2016, www.macworld.com/article/3133544/hardware/how-switching-to-macs-is-paying-off-for-ibm.html

“Youth.” All about Steve Jobs.com, www.allaboutstevejobs.com/bio/longbio/longbio_01.php