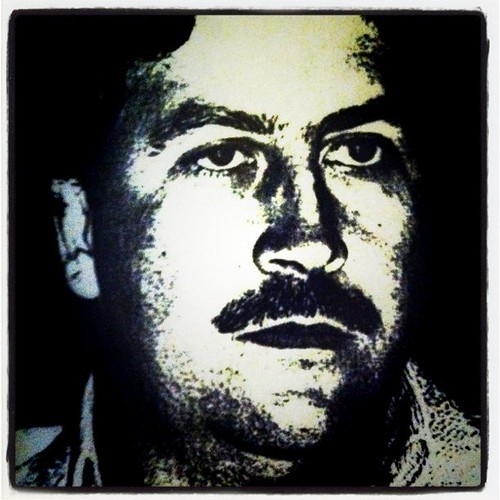 Pablo Escobar 1983"Pablo Escobar, 1983" by Pablo Manriquez is marked with CC BY-ND 2.0.For my hero, I have decided to choose Steven Murphy. Steve Murphy, a Canadian DEA agent who helped with the hunt for Pablo Escobar alongside his partner Javier Pena, another DEA agent from Texas. In doing my research on my hero, it is evident the multiple times Steve showed traits with which I associate a hero. Steve showed bravery, selflessness, and determination during the manhunt for Pablo Escobar, the drug king of Columbia.

The first example displayed by Steve is his bravery. During the eighties and nineties, Medellin Colombia was one of the most dangerous places on earth. With thousands of spies on Escobar's payroll around the city including a large portion of the government, it made it almost impossible to survive in Columbia as an agent if you resisted Escobar's control. “There was a lot of corruption," says Murphy. "The corruption was even worse in the military. We worked primarily with the police, and they were the guys that we trusted with our lives.” They kept us alive when we were out doing operations." And even those who weren't directly on Escobar's payroll still loved him and the time because of all of his generous donations to the public with his drug money. Knowing that the entire city was against him, Steve still pursued the hunt for Escobar and knew the risk that he was taking. While Steve lived in the city he was attacked multiple times and even his pet cat was murdered as he grew closer to catching Escobar but Steve still didn't back down. Now this being said this doesn't mean that Steve was never scared. He admits that multiple times thought this mission was sacred for him and his family but who truly shows that he is a hero is that he never backed down. “If you want to get anything in life, Shaun, there's one thing you got to do: never be afraid.” He knew that there were people under Escobar's rule that couldn't fight this war on their own and they needed to help. 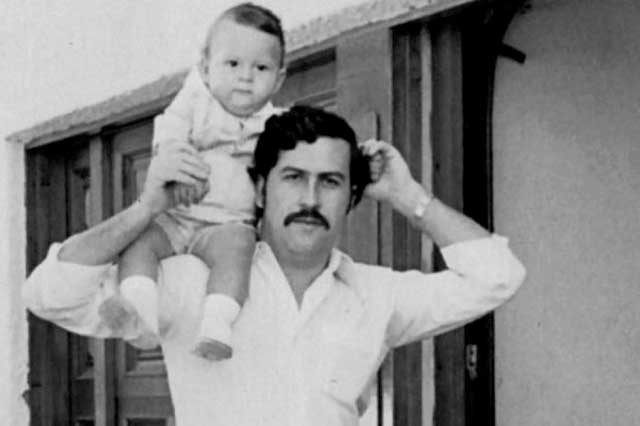 Pablo Escobar and His son 1977"File:Juan Pablo Escobar y su padre en el año 1977.jpg" by Juan Pablo Escobar is marked with CC BY-SA 4.0.The second example that proves Steve is a hero is because of how selfless he was. When Steve was made aware that he was being sent on a mission to Columbia he didn’t know how dangerous it was. After he had been there for the first few months and his wife was living with him there he realized it wasn't safe for her and he made her move back home. Steve also helped a woman who gave him information about Escobar by sending her to America with his wife to make sure Escobar couldn't hurt her. Steve not only could have lost his job doing this but he could have died because of how dangerous it was to harbor what Pablo Escobar considered “A rat”. On many occasions, Steve tried his best to help others but they often overlooked his advice and would live or die to regret it. An example of this is when Steve gave his kevlar vest to the presidential candidate running against Escobar but the candidate decided he would be okay and was killed less than twelve hours later by one of Escobar's hitmen who shot him in the chest twice. Had he worn the kevlar he most likely would have been completely fine.

Lastly, I believe that Steve is a hero because of how determined he was to help others and catch Escobar. Steve spent eighteen months in the most dangerous country in the world to help people he knew for a country he had never been to. On multiple occasions, he saved officials from being assassinated by Esobars men by following their patterns and spending days on end trying to piece together the puzzle on how to get one step ahead of Escobar. “The bad guys need to get lucky every time, the good guys only need to get lucky once”. Steve knew that all it would take was one single slip up from one of Escobar's men and the entire empire would burn to the ground. Steve's determination is what eventually led to the capture and kill of Escobar and later would result in his wife giving up all of the power of the drug empire to ensure her and her family's safety.

In conclusion, I believe that Steve Murphy is a hero because of the heroic traits he showed such as bravery, dedication, and selflessness. Steve is a hero because of how he gave everything to help others, even risking his own life. I believe that is one of the biggest reasons that Columbia is so much safer than it was back then and so many families can rest easy knowing that their town is no longer a hub for drug trafficking.